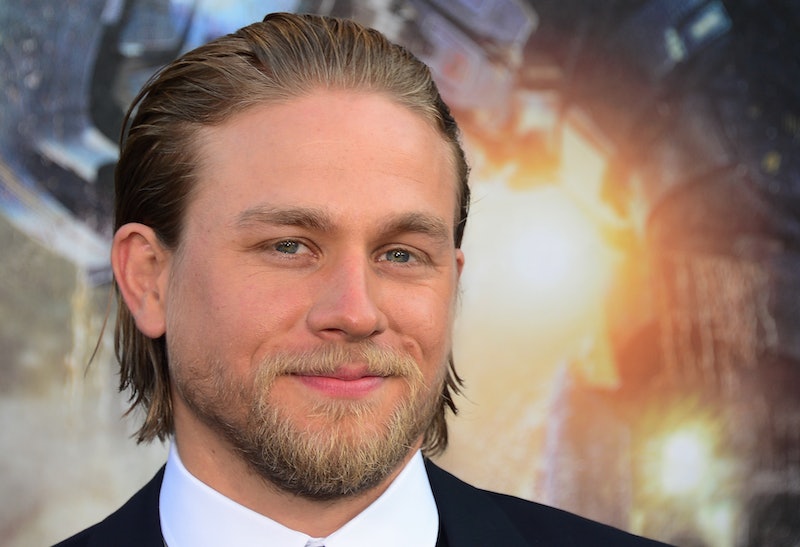 Whew, guys it's been a long time coming (no pun intended), but we are officially three days away from Fifty Shades of Grey hitting theaters. After what feels like an equally long wait, the film's highly-touted soundtrack — which features a ton of music from Sia, Beyoncé, Emily Goulding and The Weeknd — is finally available so that should tide you over until opening weekend. Meanwhile, all’s been said and done as far as casting, and with less than a week to go, not even a failed Change.org petition could change the current lineup of starring celebs (who are all awesome and should absolutely not be recast, just sayin') — but still it's pretty interesting to think about who could've portrayed Christian and Ana.

This next statement doesn’t really apply to me because he will always and forever (and only) be Jax Teller in my eyes, but for anyone who's still regretting and mourning the fact that Charlie Hunnam dropped out of Fifty Shades , then there are a few stars who were almost cast in the film that might leave you feeling the same way. Oh, and now that Fifty Shades sequels are already confirmed, I wonder if some of these names will resurface in association with the film again?

Here are 9 actors who were almost cast in Fifty Shades of Grey:

The Divergent actress was up for the role of Steele, but she would've been a natural for Fifty Shades given Woodley has some interesting ideas about vaginal care. Vitamin D, anyone?

According to The Hollywood Reporter, Olsen was also one of the actresses beat out by Dakota Johnson.

Oof. Finding out that Gosling turned down a role in Fifty Shades feels like a sucker punch to the gut.

Before his untimely passing, Hedlund reportedly turned down the role of Grey because he wasn't very in tune with the character or the idea of Fifty Shades sequels.

Bledel's name wound up on a Change.org petition aimed at having her cast in Fifty Shades, but unfortunately producers didn't bite.

The Pretty Little Liars actress says she went all out for her audition, but it's totally fine that she didn't land the role because Aria Montgomery didn't exactly approve.

The Theory of Everything star reportedly rejected the role of Steele because of the full-frontal nude scenes.

Reportedly, Poots was named as a potential cast member by the director, but obviously faced some stiff competition from these other actresses who auditioned for the role of Steele.