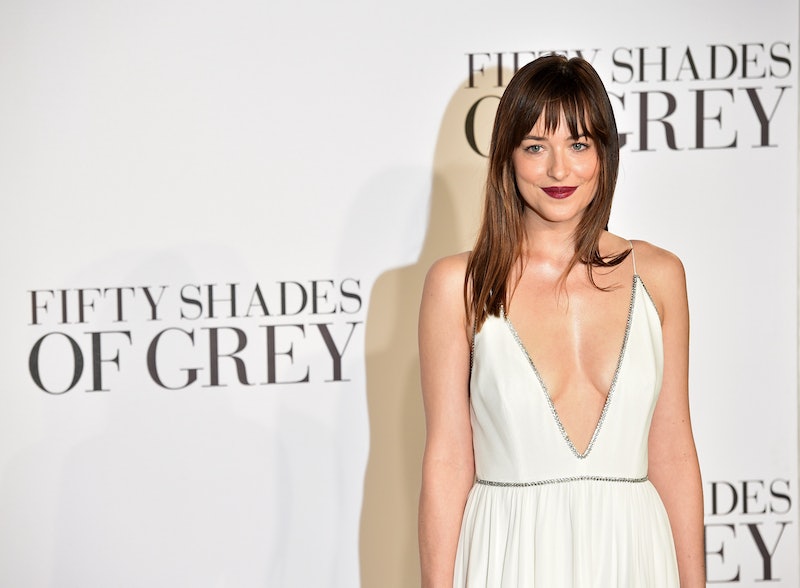 All the fuss over the film adaptation of E.L. James’ ridiculously popular erotica trilogy Fifty Shades of Grey (which is finally set to hit theaters on Friday!) could’ve easily convinced someone who’s unfamiliar with the books or the movie that every single person on the planet and beyond is totes in love with the film — and that person would be mostly right. In fact, there are millions who promptly devoured all three books from cover to cover and are currently planning to camp out at the movie theaters to nab the best seat in the house because they bought their tickets early. (OK, so maybe not every fan is planning to sleep outside the theaters, but my point is that the buzz surrounding Fifty Shades is undeniable and fans just cannot get enough of it.)

Unfortunately, not everyone is enamored to see Fifty Shades in print or happy to see it receive the Hollywood treatment. A quick Google search of “why people hate Fifty Shades of Grey” reveals think-pieces and plans for people planning to live tweet their hate-watching sessions — which, gotta say, is totally ruining the vibe for everyone who is excited for the movie.

Ah, well, you can’t satisfy everyone. But, for those who loathe Fifty Shades, one request: Please do so from the comfort of your own home, because throwing shade at Fifty Shades fans who are just excited to finally see this movie is totally not cool.

"The book sucked, so the movie probably will too."

Ah, this one has been an insult to the film said many times by haters — but, fortunately, some of the initial Fifty Shades film reviews claim that it's actually better than the book. BOOM.

"I don't get all the fuss over this movie. It's basically a movie about sex."

I'm not sure I understand the issue here.

"Why does this film have two sequels already?!"

You're not the only person with questions about the Fifty Shades sequels, but I don't know, it might have something to do with the fact that people are completely obsessed with it.

"This is not a love story."

And your point is?

"You should be ashamed to watch this movie."

"Um, didn't this begin from a Twilight fan fiction series?"

This is a true, but E. L. James handled this a while back with a rewrite.

Um, this would be a great opportunity to discover more about the lifestyle and how it's portrayed in Fifty Shades.

"Fifty Shades of Grey is anti-feminist."

The book has experienced a ton of backlash for this very claim, but considering the cast has openly defended feminism and Dakota Johnson addressed the anti-feminist claims, there's reason to believe that the film will rectify any perceived anti-feminist themes.

Can't we all just enjoy this movie now? Because, let's be real, we know we're all gonna see it anyway.