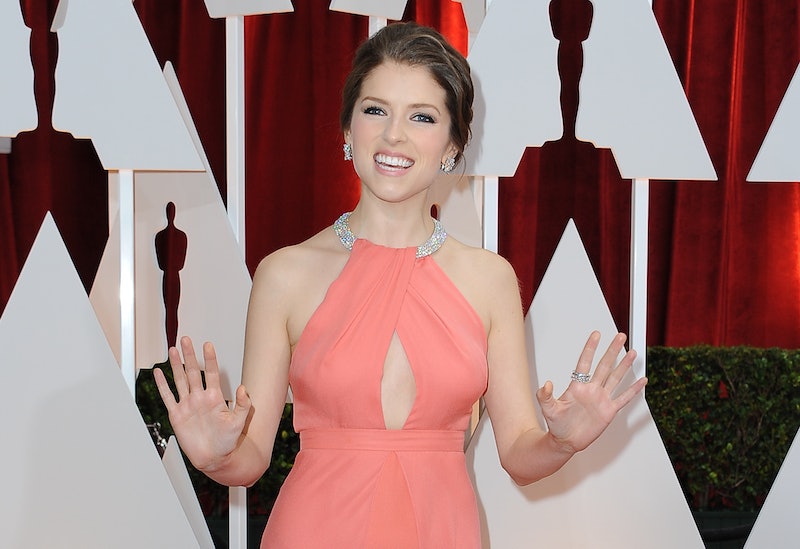 With all the red carpets rolled up and all the golden statues handed out, awards season 2015 has officially come to a close. Reactionary pieces have been written and best and worst dressed lists have been drafted. But missing from all the glitz and glamour are any truly outlandish fashion moments, both good and/or bad. What ever happened to backwards blazers, swan dress and feather headresses? For some reason, no one wants to take a red carpet risk. Be it at last night's Oscars, the Grammys or the Golden Globes, everything just seemed so tame. Sure, there's the bold accessory here, the unconventional silhouette there; but there really doesn't seem to be anything all that shocking.

So, this begs the question, why all this conventionality? Where have all the crazy outfits gone? Yes, it's certainly a more positive thing for everyone when even the so-called worst dressed aren't really bad at all, but it's always a bit of a let down when there isn't at least one fashion risk worth talking about the next morning. Now, when I say "talk," I don't mean malicious, ill-intended critique, because that's just bullying; rather, I mean chatter that distracts from the drudgery of Monday mornings, that lasts well into the remaining weeks, months and makes the outfit become one of the most memorable moments of the year. Such is fashion in its purest beauty, so why don't our movie stars, TV actors or singers take a chance?

I think perhaps the greatest reason celebrities try and steer clear of any outfit that might seem the least bit controversial is simply the social media backlash — and I can't say I blame them. Who wants to be the victim of a mocking trending topic, even if that saying, "All publicity is good publicity," actually stands true? Unlike in years past, bad fashion choices will go viral in seconds, destroying any fashion credentials or overall self esteem in the process. Sure, these people walking the red carpet are entertainers, but, well, they are people after all. So, it's more than understandable that they would go to great lengths to prevent such a viral disaster from happening.

As of 2015, Hollywood stylists are just as famous (and powerful) as the celebrities they dress. It's only logical, therefore, that all their famous clients rarely cross the line into the entirely unconventional — to end up on the worst dressed list would be bad for business. Thinking about it in such a way, I can't help but respect all the stylists who end up dressing clients in the same-old, same-old. Most stylists have brands (and some even entire empires) to protect, so I entirely understand why any and all seem to push their star clients towards safer, undeniably beautiful looks.

Thanks to the internet, even the most insignificant of events live on forever. Surely, the images and utter vilification of worst dressed past that run rampant through a simple Google search stay vivid in many a celebrity's mind when choosing which outfit to wear to an awards show. No one wants to be remembered for their mistakes, fashion included. As such, it is once again logical as to why stars choose to go the safer route when getting dressed for a major awards show — who wants to be immortalized as a fashion disaster?

Although it leads to a slightly boring red carpet, maybe it's for the better that there really aren't any OMG fashion moments at major awards shows. Yes, the red carpet can be great in terms of style inspiration, but it can also be a place of blatant sexism. As the brilliant #AskHerMore demonstrates, the questions women, specifically, get asked on the carpet almost exclusively distract and undermine the great work each has done to get there. As much as I adore it, focusing too much on fashion can very easily negate the reasons for the celebration in the first place.

All this being said, however, I still really wish more stars would choose to take some bigger fashion risks on the red carpet. At its greatest moments, fashion provides escape from the mundaneness of everyday life. Watching the glitz and glamour of awards show from couches and unmade beds, I don't think it's too much to ask that someone, anyone, chooses to wear something worth talking about. Take, for example, Jennifer Lopez. The singer/actress looked absolutely stunning at the 2015 Oscars — she found a look that works for her and she's running with it. Great! But seeing her wear the same dress over and over makes me long for the days of sheer green Versace.

I don't wish for anyone — celebrity or not — to end up as the target of malicious comments in exclusive regards towards their appearance. Such a practice hurts not only the human being at the receiving end, but also society at large — for hearing such scathing remarks on any body surely doesn't do all that much to boost the self esteem of others. Rather, I just wish that come next award show season, we get a red carpet fashion moment as memorable as Björk's swan mini or Gwyneth's ballerina-inspired gown. Bad or good, I'll take it. Just give me something to rave about over coffee and Twitter on Monday morning.

More like this
A Comprehensive Look At Blake Lively’s Glamorous Style
By Allie Fasanella
Joe Alwyn Reacts To Taylor Swift Earning An NYU Doctorate In A Rare Interview
By Jake Viswanath and Nicole Pomarico
Machine Gun Kelly Wore A $30K Diamond Mani To The BBMAs
By Paris Giles
How To Master Baby Braids, According To TikTok
By Tomi Otekunrin
Get Even More From Bustle — Sign Up For The Newsletter