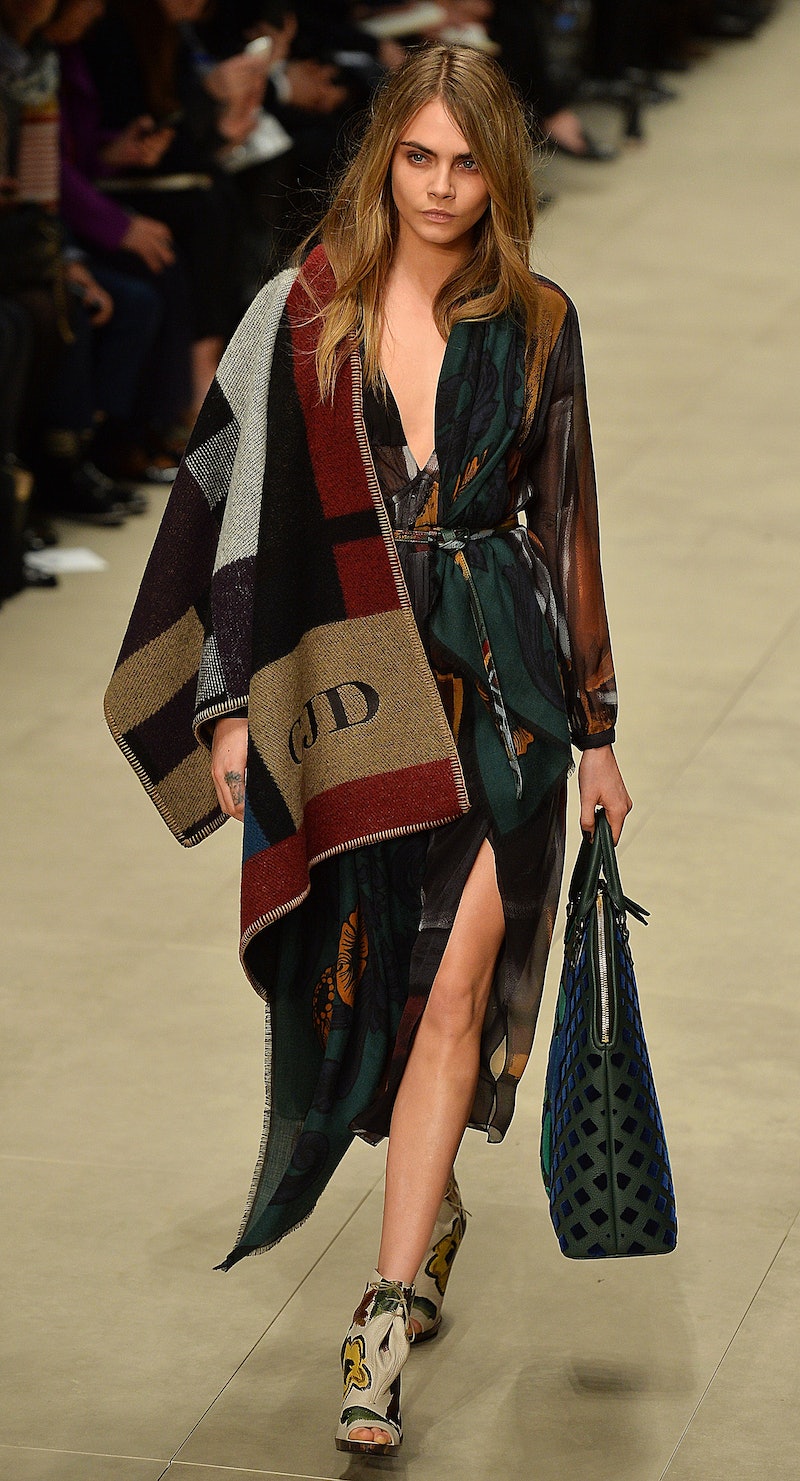 Before New York Fashion Week kicked off fashion month, it was unclear if supermodel Cara Delevingne was going to walk in any fashion show. With those brows and that beautiful scowl, we had our fingers crossed. But as it turns out, not only did she skip walking NYFW, she also hasn't been seen on any runway all Fashion Month, period. And we're sure it's not because she wasn't chosen by designers to debut their creations.

While she slayed the runways last year, the model has since broadened her career into music, movies and other campaigns. In her defense, she kind of warned us. We don't think she's officially passed the torch onto Kendall Jenner or Gigi Hadid (both of whom are killing it on the runways this season in both London and New York). But it leaves us wondering: has Delevingne just gotten too busy for the catwalk?

While it's yet to be determined if Delevingne will walk in Paris (although we're sure Uncle Lagerfeld wouldn't have it any other way), there has got to reasons the supermodel hasn't been sticking to her original day job this season. I'm certain Delevingne isn't giving up the runway cold turkey. She may have just overbooked herself this season to explore different facets of the entertainment world. Here are 6 reasons why I think Cara D. has been noticeably absent from the runways this fashion month.

Not only did she get cast in John Green's Paper Crowns movie, but she is also starring alongside Will Smith in Suicide Squad, where she plays a Batman villian known as Deadshot. So, does this mean she's becoming a superhero? I'm sure that takes a lot of time and preparation. Delevingne did state that modeling was going to take a back seat for a little bit as she focused on her acting.

There's no way Delevingne is going to do one amazing music video and be done, especially with those killer dance moves. She could be practicing a new routine for her next rap music video.

3. She's Working On Her Music Career

In addition to singing alongside Pharrell, Delevingne sang in a Chanel film, titled "Reincarnation." And it was everything. The model could be exploring this new career route, because in all honesty, she was actually pretty good. Delevingne has officially signed on to sing for Simon Cowell's SyCo music label, which has to mean something.

Although she's famous for her funny faces, there's no denying the model is downright gorgeous. She could actually be doing some high-end advertising modeling for designers, despite not walking in their shows.

5. She's Getting Another Tattoo

It's no secret this supermodel has a lot of tattoos. And I kind of love it. Maybe she got a major one and needs some time for it to heal.

6. She Needs a Break

Is it wrong to take some time to herself? Every time I open a magazine, I see her face on every other page. She may just need some time off to relax. And after appearing in multiple fashion shows last year, Delevingne just might not be up for doing it all again this year. After all, no one has ever said fashion week was easy.