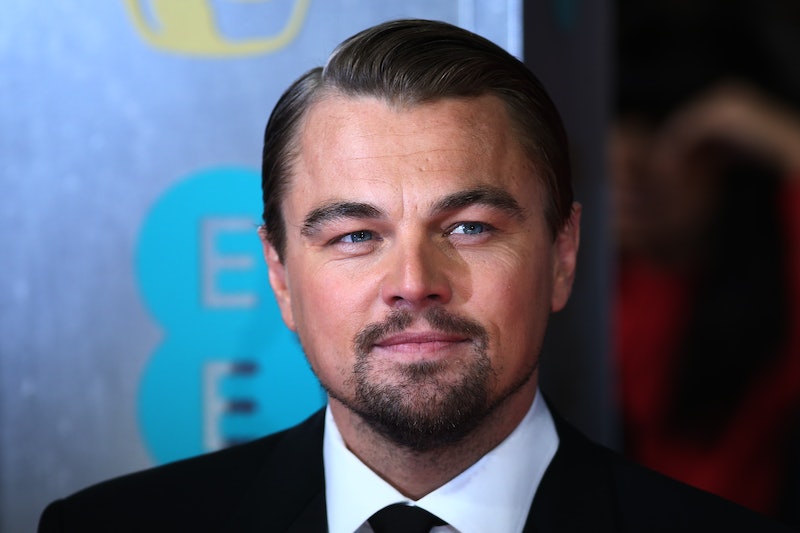 He'll always be remembered as Romeo, Jack Dawson, and, of course, Luke Brower from Growing Pains , but Leonardo DiCaprio's roles and acting talent aren't the only qualities leaving a mark. For example, if you're a true fan, then you know how much Leonardo DiCaprio supports the environment. It seems when he isn't starring on the big screen or being honored with major awards, DiCaprio is showing love to our planet and its creatures. Just as much as he's recognized for being in showbiz, he's also making a difference in the environment.

Let's take a moment to forget about his movies and all the women DiCaprio seems to date to focus on something important: the actor's efforts in making Earth a healthy place. He's a true environmentalist who speaks up for the place we all call home. The actor is so dedicated that he even uses social media as a way to promote eco-friendly causes. In fact, that's just about the only way he uses it.

Recently, during Earth Day 2015, DiCaprio spread the green word across the Internet. But makes him so great, is that he doesn't just support the environment on special days dedicated in doing so. Rather, DiCaprio uses every day as an eco-platform. Thanks to his green work, in 2014, he earned the Clinton Global Citizen Award.

With that said, let's reflect on a few times DiCaprio showed his eco-friendly side and extended a helping hand to the planet that is so much in need.

When He Started His Own Foundation

It's no secret many celebrities form their own organizations supporting a cause close to their hearts. For DiCaprio, he formed the Leonardo DiCaprio Foundation, which raises funds and awareness for the planet and its creatures. To keep his foundation going strong, he holds special events, like the Leonardo DiCaprio Foundation Gala, which raises even more awareness for his organization and the environment.

When He Narrated A Documentary

In 2014, DiCaprio united his two loves: film and the environment. DiCaprio narrated a documentary called Carbon , which offers insight into climate change and how we can make changes for the better.

When He Marched For The Climate

Alongside fellow eco-activists Mark Ruffalo and Edward Norton, DiCaprio marched during New York City’s People’s Climate March, where they raised climate change awareness and walked in the hopes of an improved environment.

When He Was Named A Peace Messenger

Thanks to his eco-friendliness, in 2014, the United Nations named DiCaprio a UN Peace Messenger, where he's helping to promote "global action on climate change." He never fails in scoring awards, whether it's for acting or doing good.

When He Loved Tigers

As a partner with the World Wildlife Fund, he's all about saving the tigers. For example, in 2013, the Leonardo DiCaprio Foundation donated $3 million to help Nepal double its wild tiger numbers by 2022.

When He Planned An Eco-Resort

That's right. In 2015, DiCaprio announced plans to build an eco-resort, because why not? He bought Blackadore Caye, a wild, unpopulated piece of land off the coast of Belize. He hopes, along with partner Paula Scialla, to open "Blackadore Caye, a Restorative Island" in 2018, where guests will get to bask in everything eco-friendly.

When He Made A Pledge To Oceans

In 2014, DiCaprio pledged $7 million to protect oceans. While appearing in front of the State Department in Washington D.C., the actor opened up about why protecting the world's oceans is so important, because they are in danger thanks to climate change, illegal fishing, and other harmful human activities. In addition to the $7 million, he also donated $3 million towards marine life preservation.

Forget about DiCaprio being the wolf of Wall Street, because he will forever be the wolf of the environment.