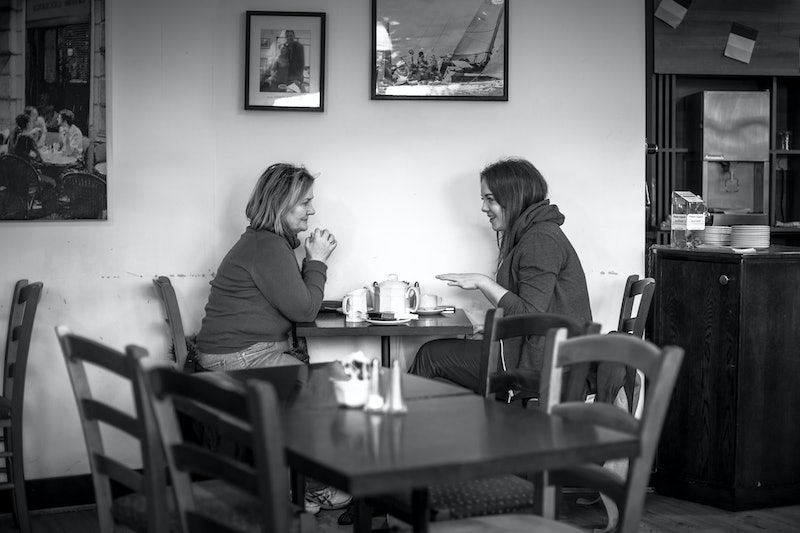 As long as I can remember, I’ve been ambivalent about having children. I’m not saying I know for sure that I don’t ever want to have kids; I’ve considered what I’d name my potential daughters and sons, and I think it’s quite possible that the day will come many, many years from now when I do want to be a mother. But, having said that, I’ve never been 100 percent sure that I want kids either, and I’m more than okay with that.

Wherever you stand on having kids, you’re completely right — and I salute you. But if you’re ambivalent about having children, like I am, you shouldn’t feel like you need to give explanations for your uncertainty — and you definitely shouldn’t feel rushed. Although I’m only 25, friends, strangers, family members, and coworkers frequently ask me about when and if I want kids. And although what I decide to do with my own uterus is really quite personal, and a simple “I don’t know yet” should really suffice as a reply, I’ve often felt the need to explain my ambivalence more than once.

And I’m not happy with most of the explanations I’ve given. If you can relate, the following list is for you. Here are six "excuses" women who are ambivalent about having children should really stop giving. Because, honestly, we don’t owe anyone an explanation. And some of the explanations we do give, however well-meaning, are downright offensive.

I hate this one the most, and I’ve said it myself many times. I don’t know if I’ve felt compelled to say this because women who wait to have children, or just don’t get the whole baby-fever thing at all, are often considered self-absorbed and cold. Or maybe it’s because women in our culture are still conditioned to feel guilty if their “maternal instinct” is late-blooming or just nonexistent — but either way, I’m done saying this.

Not having children when you know that (as of right now) becoming pregnant would literally be your worst nightmare, does not make you selfish. It’s actually the exact opposite of selfish.

Of course, I have no doubts that traveling is much easier without children, so I do want to do a lot of it while I’m childless. But I want to travel throughout my entire life, and if I decide to have kids of my own, I’m not going to just cease all traveling once they arrive.

Saying that a desire to travel is why you don’t want to have kids is like saying you can’t travel with children, which is simply not true. My cousin and his wife have taken their three — three — kids to Dubai and Bhutan. My parents took my siblings and I all over the continental United States when I was growing up, and if I have kids I will want them to experience all the joy, knowledge, and culture that comes with travel — and I’ll want to experience it with them.

Granted, kids can make that harder because they require your time. There’s no way I could write every day and work a full time day job if I had kids, but saying you don’t want kids because career is important to you is actually really offensive to working mothers.

Just because they have kids doesn’t mean they don’t care about their careers. So let’s just not say this one anymore, okay? Because it doesn’t even make sense. You can and should have a fulfilling career and a family at the same time if that’s what you want, and listing your career as a reason not to have children only perpetuates the sexist double standard that women have to choose between the two.

5. "Pregnancy Is Hard On Your Body"

Having children will change your body, I’m sure about that. I mean, I obviously don’t know from experience, but it’s kind of common knowledge. Stretch marks will happen, there’s the possibility of c-section scars, and finding the time to work out probably won’t be as easy. However, implying that "mom bods" are less beautiful is really offensive to moms. Whether you intend to or not, you’re implying that their bodies aren’t as beautiful as they were pre-baby, and it's just not cool.

I have been guilty of saying this one more than once, but it’s not completely accurate. I love hanging out with my nieces, and they seem to love it too because they grin and giggle scream when I’m around. But when it comes to most kids, I’m just not interested in hanging out and the feeling has almost always been mutual. I don’t even feel bad about it though, because I’ve talked with several mothers who have said, flat out, that the only kids they really like are their own. Still, I don’t feel like I should be saying this one anymore.

Saying you don’t like kids is kind of like saying you don’t like puppies. Kids are loud, they never seem to stop moving, and they're constantly getting into stuff, but they’re just little humans. And they need as much support and understanding as they can get.