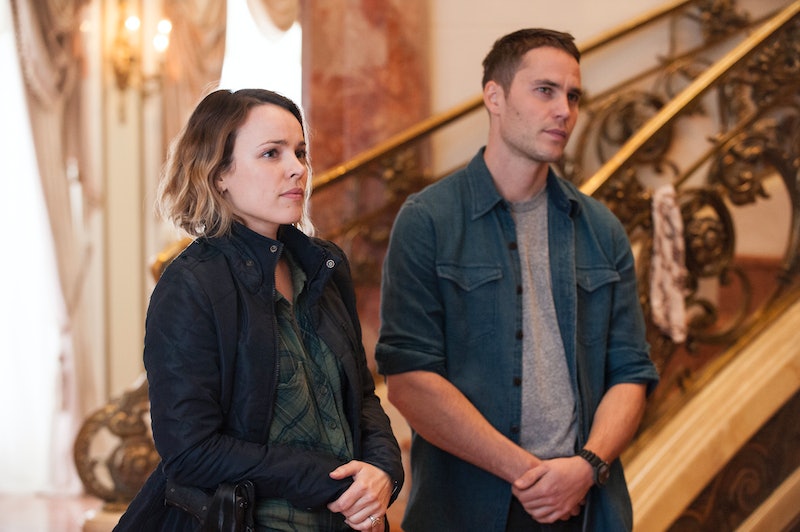 Season 2 of True Detective has been pretty dense so far, with a lot of focus on the characters' dark pasts and tortured lives. While it may not have the pizzazz that drew viewers to Season 1, creator and writer Nic Pizzolatto's signature style and use of historical, literary, and pop culture references, along with Easter eggs, are apparent in Season 2 of True Detective. Season 1 made a collection of 19th century short stories popular due to its references to The King in Yellow, and Season 2 appears to be going down that same path.

Perhaps Pizzolatto uses too many obscure references in his HBO show, but it does add to the textured tapestry of the show he's creating. While I haven't been as enthralled with Season 2 as I had been with Season 1, the twist of Colin Farrell's character Ray Velcoro at the end of the second episode "Night Finds You," gives me hope that this season is about to significantly pick up the pace.

But while you're waiting to find out what the hell is going on in this season of True Detective, here are most of the references and Easter eggs that have been in the two episodes of Season 2 so far. And expect plenty more from the rest of the season — just don't expect all of the allusions to make complete sense just yet.

Pizzolatto didn't hesitate with literary allusions right off the bat by naming the first episode of Season 2, "The Western Book of the Dead." The name was inspired by a philosophical essay by John Y. Crighton and another book by the same name written by Yogi A.S. Narayana, who Entertainment Weekly said was a mystic and alleged psychic.

McAdams' character Ani's father has a religious institute named after an ancient trading city that was part of the Roman Empire. Panticapaeum was frequently attacked (Encyclopedia Brittanica says the Huns "devastated" the seaport city in the year 375) and now it goes by the name Kerch and is located in Ukraine.

While on the subject of Ani's radical dad, let's take a moment to acknowledge his daughters' outrageously Greek-themed names: Antigone (Ani) and Athena. Antigone is a character from ancient Greek writer Sophocles and she was super devoted to her brother (and suffered a tragic fate). Athena was the Greek goddess of reason and intelligence. So maybe McAdams's Ani should listen to her sister who works in the sex industry — she just shouldn't be too loyal to her.

McAdams' character has just a slight obsession with knives. Not only does she wear them all over her body, but her library includes the books A Book of Five Rings by 1600s samurai Miyamoto Musashi, Hagakure: Book of the Samurai by Yamamoto Tsunetomo, and Master Of The Blade: Secrets Of The Deadly Art Of Knife Fighting by Richard Ryan. Although I don't approve of her full-on obsession, I love her beliefs that the sexes are different because one is more physically powerful than the other and that her prowess with knives will help her balance that inequality.

Although Mulholland Drive is more of a physical location than a pop culture reference, the street has gained notoriety in the entertainment world, thanks to David Lynch's disturbing and dark film (that's the only kind of Lynch film there is) starring Naomi Watts and Justin Theroux, aptly named Mulholland Drive.

City Manager Ben Caspere is dead (and without genitalia now), but when he was alive, he was pretty sexually kinky. Besides the art in his home in Vinci and the drowning doll and crowned skeleton, he had a copy of the Kama Sutra. His secret home in Los Angeles was no different with a book of Nobuyoshi Araki's photography, who is known for capturing controversial female eroticism.

"I Pity The Fool"

When Ray got shot by the mysterious bird mask-wearing man, Bobby "Blue" Bland's song, "I Pity The Fool," played in the background. Obviously, all True Detective fans were pitying Ray's foolish actions in that cliffhanger scene.