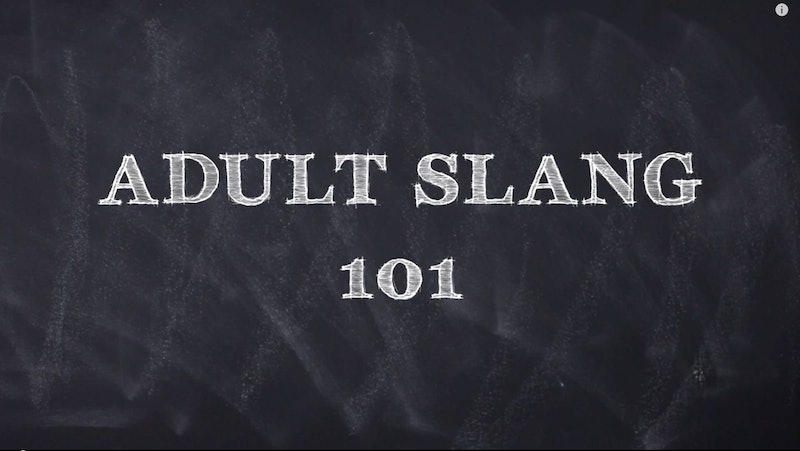 Every generation of youths has its own lexicon, often leaving people from the previous generation miffed and baffled by what the hell young people are saying; but fear not, Baby Boomers and Generation Xers, College Humor has created "Teen Slang, Updated For Adults" to make our vocabulary a little more palatable or relevant for you folks.

While it's hard for me, as a 21 year old (yes I'm technically an adult and no I will not acknowledge it), to believe that words and phrases like turnt, trap queen, woes, flex, and forcing it will ever go out of style, I can say I was relieved to see slang phrases from the 90s like "talk to the hand," "as if," and "take a chill pill" go when their time came. But alas, as culture evolves and changes, so does language, and even though I think I'll spend the rest of my life looking for trap queens, the terminology will probably change, and who knows, I might even grow up, forgo the trap life, and settle down (highly unlikely).

So what happens when there's a new generation below you creating culture, art, and new vocabularies? According to College Humor, you accept these changes but alter them to fit your own lifestyle. Lets take a look at some examples.

We all know the turn-up is real, but it's much easier to live a consistently turnt life when you don't have a full-time job, bills to pay, and kids for whom you need to set an example. The adult version of turnt becomes "u-turnt."

On of my favorite modern day memes should also apply to adults who look and feel on fleek, right? Well, according to College Humor the world doesn't get much kinder to you about your looks and personality as you get older so it's hard to feel completely on fleek, as it were. Instead, the adult version of the word is "on fleh."

Check out more ways to transform youth slang to be more suitable for adults and to all the adults out there disheartened by this, don't worry at least you're not constantly berated for being part of the millennial generation.