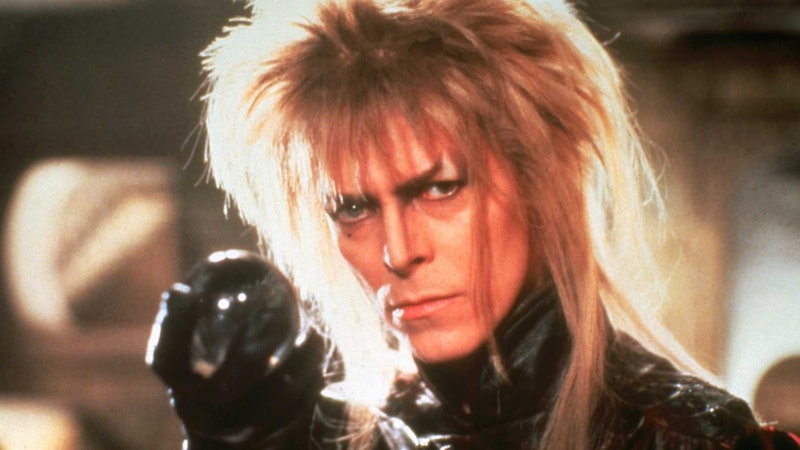 Hangovers are just the worst, but there is definitely a way you can make them a little less terrible. Grab your favorite snacks, water, a blanket, and some movies to watch when you're hungover. Most of us have been there and experienced the dreaded morning after a rough night out. You wonder whose number you have scrawled on your hand, why you got into bed fully clothed, or if you texted your ex. This year is a little different, because maybe we were drinking alone over a 2021 COVID NYE Zoom. But for those of you incredible drinkers out there who have not experienced a hangover, I salute you and your apparent superpowers — and don't worry, you can still enjoy these movies, too.

Having a hangover can make you feel totally on edge, anxious, or just down for no apparent reason. The best way to combat these horrendous feelings is by completely ignoring them. Stick a big middle finger up to those hangover demons and try your best to have a nice, relaxing day, because chances are you might be working tomorrow, so you need to catch up on your chill time.

Whether you are suffering a hangover alone in bed or on the sofa with your friends, this collection of movies is sure to be a total treat — unlike that shot of tequila you drank at 3 a.m.

During a hangover, you might be in need of some cheering up, and who better to assist you in your time of need than Zoolander? Male model Derek Zoolander (Ben Stiller) is the top in the biz thanks to a photogenic gaze he calls "Blue Steel." But, when his rival, Hansel (Owen Wilson), unexpectedly takes the top prize of Male Model of the Year, Derek's ego is crushed, allowing for fashion designer Jacobim Mugatu (Will Ferrell) to swoop in and take advantage of him. Jacobmin then brainwashes Derek into trying to assassinate Malaysia's prime minister. Yeah this is a really random movie, but it's pretty hilarious.

Sometimes when you're feeling blue or hungover, you need the warm hand of nostalgia to comfortingly stroke your hair. Plus you probably already know what happens, so if you decide to take a little snooze, you'll still be able to pick up where you left off. A word of advice: Skip the death of Mufasa. That is hard to watch when you're feeling bright-eyed and bushy-tailed, let alone when you might feel a little anxious or vulnerable.

Yes, there are points in this movie that are a little ridiculous. But Legally Blonde is super silly and heaps of fun, which are two things that make a good hangover movie great. Reese Witherspoon stars as a recent college grad who chases her ex-boyfriend to Harvard Law School to try and win him back. But once there, she discovers way cooler people, and herself. And if you're a Legally Blonde fan, you should totally check out the musical adaptation after watching the movie.

Streaming on Showtime. Available to rent on Amazon.

Speaking of silly movies, Drop Dead Fred is probably one of the silliest movies ever made. There's just something so perfect about watching a little girl and her imaginary friend making mud pies and getting up to mischief. Phoebe Cates stars as an unhappy housewife who gets a bit of a boost from her childhood imaginary friend, Drop Dead Fred (Rik Mayall).If you're thinking you can handle a little dose of the feels, then Drop Dead Fred dishes some emotional scenes out, while keeping the general vibe happy.

Streaming on HBO Max. Available to rent on Amazon.

Sofia Coppola's pop culture infused historical drama is a great movie for when you just need something beautiful to look at to take your mind off your throbbing head or distract you from your waves of nausea. The soundtrack is totally awesome too, with songs from The Strokes, The Cure, and Siouxsie and the Banshees. Kirsten Dunst's performance as the doomed teenage queen is also quite stunning.

Streaming on Hulu. Available to rent on Amazon, iTunes, and Vudu.

Labyrinth is another great choice for '90s kids who want to be reminded of their childhood and feel all warm and fuzzy inside. The fantasy rich storyline will keep your brain engaged and give you a much needed dose of escapism. Plus it features David Bowie in the tightest pants ever invented.

If you're after a familiar film which you might well know all of the words to (including the dance moves), then Bring It On is the film for you, my friend. Kirsten Dunst strikes again, this time along with Gabrielle Union as rival cheerleaders who battle it out in memorable and kick ass cheers. You'll be so engrossed in Torrance being a cheer-tator and a pain in Courtney's ass that your hangover may soon become a thing of the past.

Streaming on Starz. Available to rent on Amazon.

Sure, it feels like Halloween was just a week ago, and despite what some others may say, Hocus Pocus is a '90s classic. Bette Midler, Sarah Jessica Parker, and Kathy Najimy make the coolest witchy girl gang in history. Plus seeing Parker in her pre- Sex and the City days is such a delightful novelty. Hocus Pocus is just the right mix of comedy and mild terror for your hangover to deal with.

Streaming on Disney+. Available to rent on Amazon, iTunes, and Vudu.

This awesome cop movie parody is British comedy at its best. Simon Pegg and Nick Frost take center stage as they try to unravel the mysterious deaths occurring in a seemingly peaceful village in the English countryside. Embracing the cliches of your typical action movies and police procedurals, Hot Fuzz satirizes all of those elements that allow those movies to take themselves too seriously.

Streaming on HBO Max. Available to rent on Amazon and iTunes.

As gorgeous as Studio Ghibli movies are, it might be a little difficult to watch the majority of them while hungover. Yes, they're breathtakingly beautiful, but some of the storylines and ideas are just a little well, crazy — for instance, the three bouncing heads in Spirited Away — and you definitely don't want your mind going into overdrive when you're hungover. Being based around the classic Hans Christian Andersen tale of The Little Mermaid, Ponyo is a little easier to digest and nothing too freaky happens in it, so you can sit back and relax.

Streaming on HBO Max. Available to rent on Amazon.

If you have to do things later in the day in your hungover state, watch Pitch Perfect to get you motivated. Anna Kendrick stars as Beca, a young college student with an ear for mixing music. She reluctantly joins an a capella group but finds herself befriending a group of awesome ladies who make awesome sounds. Watching Pitch Perfect and the flawless performances therein, you may feel a fire ignite within and become over all girl power-y.

This article was originally published on Sep. 11, 2015