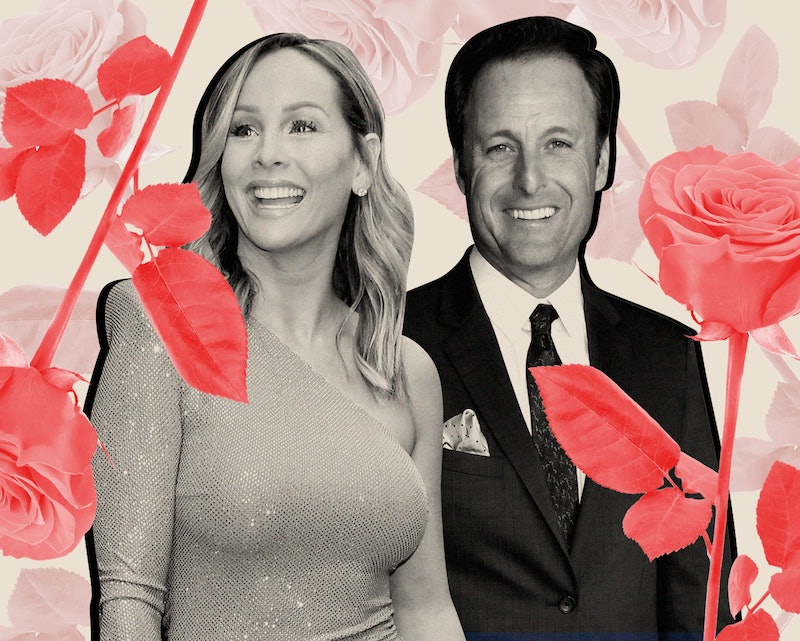 As the sage Chris Harrison often says, in this life, nothing is certain except death, taxes, and that this will be the most dramatic season of The Bachelorette ever. And this special quarantined installment of The Bachelorette is certainly promising some historic firsts: At 39, not only is Clare Crawley the oldest Bachelorette in the show's history, but the rumor mill suggests her season will head into uncharted territory for the franchise.

"Congratulations, you've just blown up The Bachelorette," Harrison says in a tear-filled preview. The clip heavily hints that Clare will quit the show — something multiple outlets reported in August, along with the news that Bachelor alum Tayshia Adams would take over Bachelorette duties midway through the season (ABC has not officially confirmed the news).

But whether Clare ends up handing out roses until the very end or cuts her journey short, the first night in the Bachelor mansion is often predictable even in unpredictable seasons. For starters, someone will definitely wear a costume (who can forget Sloth girl or Alexis Waters, the shark-dolphin?). The liquor will surely be flowing, and chances are at least one person will overindulge after spending months in isolation without having anything to celebrate. And almost as certain as this being "the most dramatic season ever" is the fact that someone will be called out for not being on the show for "the right reasons."

Before things get truly unpredictable, we've made the first night of The Bachelorette into a game. Check out Bustle's official Bachelorette First Night Bingo Card below (and printable download here!) to play along tonight and see how many of our predictions turn out right.