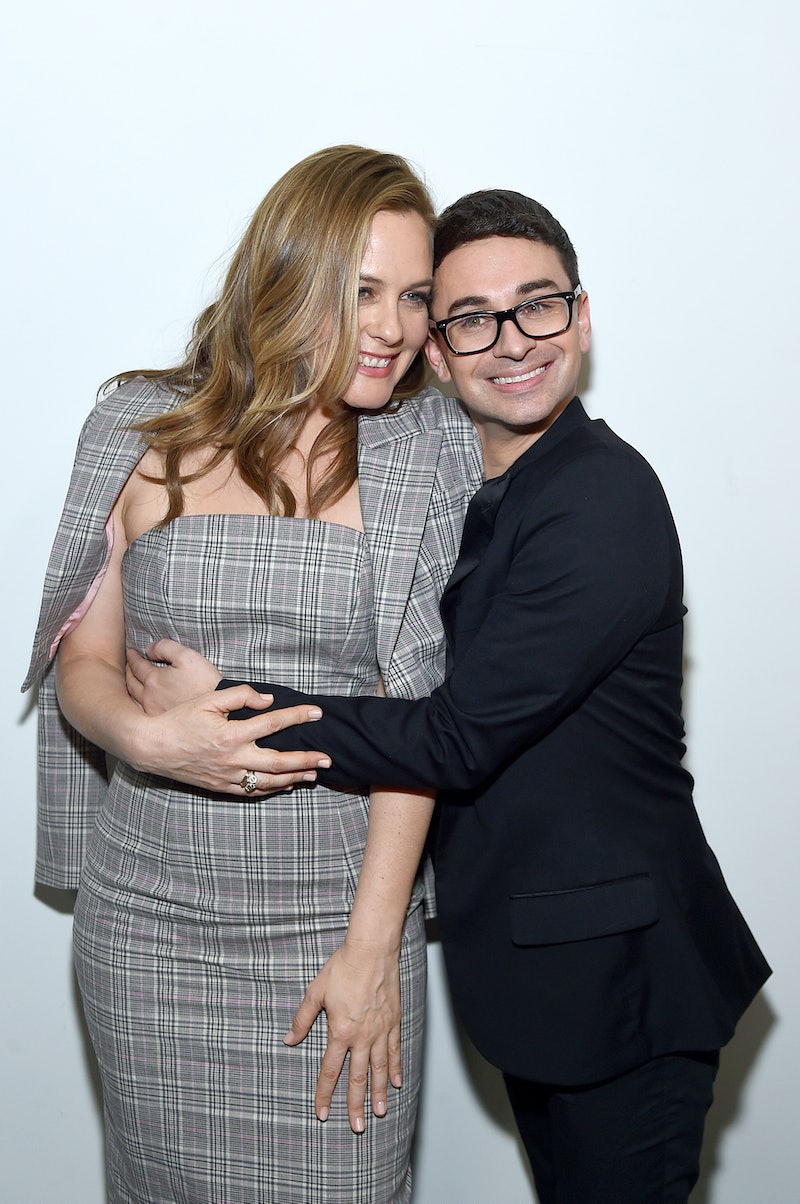 Clueless star Alicia Silverstone has barely been on TikTok for two months, but she’s already carved out a serious niche of nostalgic hits — beginning with her first video, a nod to Cher’s classic “as if!” scene and yellow plaid ensemble. In her latest TikTok, Silverstone referenced her beloved character once more, recreating one of the film’s most awkward (yet iconic) moments: Cher’s ill-fated date with potential beau Christian.

If it’s been a while since your last rewatch, Cher invited Christian (played by Justin Walker) over for what should have been a pivotal night in. Only, her crush was more interested in the movie he brought along (Spartacus — or as Cher called it, “Sporadicus”) than he was in Cher, despite her best attempts to woo him as they VHS-and-chilled in bed. This is where Silverstone’s TikTok kicks in — and she had some help from a real-life Christian. The fashion designer Christian Siriano, that is, with whom Silverstone has had a fashionable friendship for years.

As the actor captioned her TikTok, “I finally got Christian in bed.”

The TikTok followed the original scene pretty closely — but ended with Siriano and Silverstone on the floor laughing, instead of the awkward exit the original Christian made when Cher suggests having some wine. (“I’m actually getting tired,” he rebuffs.)

Silverstone’s latest Clueless reenactment was filmed in Provence, France, where Siriano put up the actor — and several others from the fields of art and design — in a chateau. In an Instagram post, she called it “an amazing trip,” one that included “great company, delicious food, a gorgeous home, and many hours of traveling.” Siriano also referenced Clueless in his own Instagram, posting Silverstone in an elegant black dress with the caption, “It’s not an Alaia but it sure is a fabulous Siriano!” (Alaia was the name of the “totally important designer” whose dress Cher was wearing when she got mugged.)

Though it might seem like being friends with such an influential designer would be Cher’s dream come true, Silverstone was a little late to the fashion game herself. “She was like an alien to me,” Silverstone told Bustle this summer. “I had no connection to the fashion at all. When I saw the movie — when it first came out — and saw how important those clothes were, it was eye-opening because I didn’t know when I was wearing them.”

Silverstone and Siriano’s friendship long predates their latest TikTok collab, of course — in 2019, the designer even described Silverstone as his “muse” in a sweet birthday post. “You are the most kind and beautiful human to walk the earth,” he wrote. “My travel and dance partner for life!”

Even though Siriano helped his friend recreate a classic bed scene, his Fall 2021 collection is all about waking up — literally and figuratively. “I wanted people to think, ‘OK, we’re getting out of bed every morning, and how are we approaching our life?’” the designer told Bustle earlier this year. “We want to approach it in the most inspiring way. We still should get dressed. Put a dress on. Make every day your own runway. Don’t just un-approach life. That was the idea.”

More like this
Netflix Reveals First Look At Wednesday In The 'Addams Family' Spinoff Series
By Bustle Editors
Lin-Manuel Miranda & Tituss Burgess React To 'Little Mermaid' Casting Backlash
By Radhika Menon
A New 'And Just Like That' Table Read Pic Confirms A Key Character's Return
By Jack Irvin and Grace Wehniainen
Everything You Need To Know About ‘Black Panther: Wakanda Forever’
By Bustle Editors
Get Even More From Bustle — Sign Up For The Newsletter