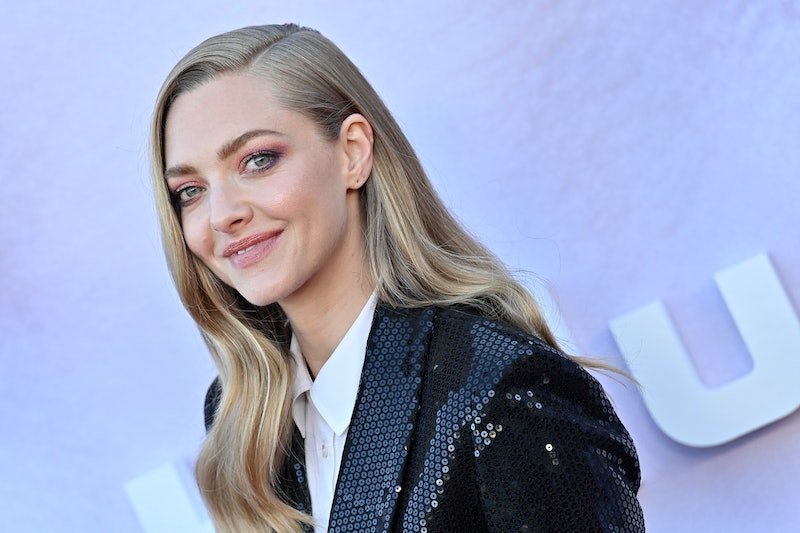 Most women in Hollywood have been faced with uncomfortable situations to some degree, and Amanda Seyfried is no exception. The Dropout star opened up about feeling pressured to do nude scenes as a young actor in a new interview with Porter published on Aug. 9. While she clarifies that she emerged “pretty unscathed” from the pre-#MeToo era, she says she still felt obligated to shoot scenes that made her uncomfortable in order to keep working in the industry.

“Being 19, walking around without my underwear on — like, are you kidding me? How did I let that happen?” she said, before “pausing in mock consideration,” according to the outlet. “Oh, I know why: I was 19 and I didn’t want to upset anybody, and I wanted to keep my job. That’s why.” While Seyfried didn’t name the project she was referring to, she did say she wished that her acting career could have started now, as intimacy coordinators are becoming a more common requirement on set and actors are able to speak up more about their experiences thanks to the #MeToo movement.

Perhaps those conditions may have helped prevent some gross remarks during her Mean Girls days. In a May interview with Marie Claire, Seyfried reflected on comments she received about her Mean Girls character Karen Smith, specifically from men who sexualized the film’s punchline about her breasts being able to predict when it’s raining. “I always felt really grossed out by that,” she recalled. “I was like 18 years old. It was just gross.”

However, since these experiences, Seyfried told Porter that she has since learned to protect and stand up for herself while working on sets, even when she gets rejected for a role she really wanted. “When I meet somebody who’s younger, like in their twenties, and they get rejected… by a job or something like that, it crushes them completely for a minute,” she says. “Nothing can crush me completely, when it comes to work. I’m uncrushable! Not one thing can crush my life, unless it has to do with my family.”

Now, the actor is feeling the newfound respect that she’s demanding from her acting projects, and she only credits herself for this change, not her recent Oscar nod for Mank or Emmy nomination for The Dropout. “There’s a respect level that I have never felt so fully around me,” she said. “It has nothing to do with any level of fame or recognition or critical acclaim. Whatever it is, it’s not because of Mank, it’s not because of The Dropout, it’s not about having seen my movies. I’m respected because I’m 36 years old and I know who the f*ck I am.”