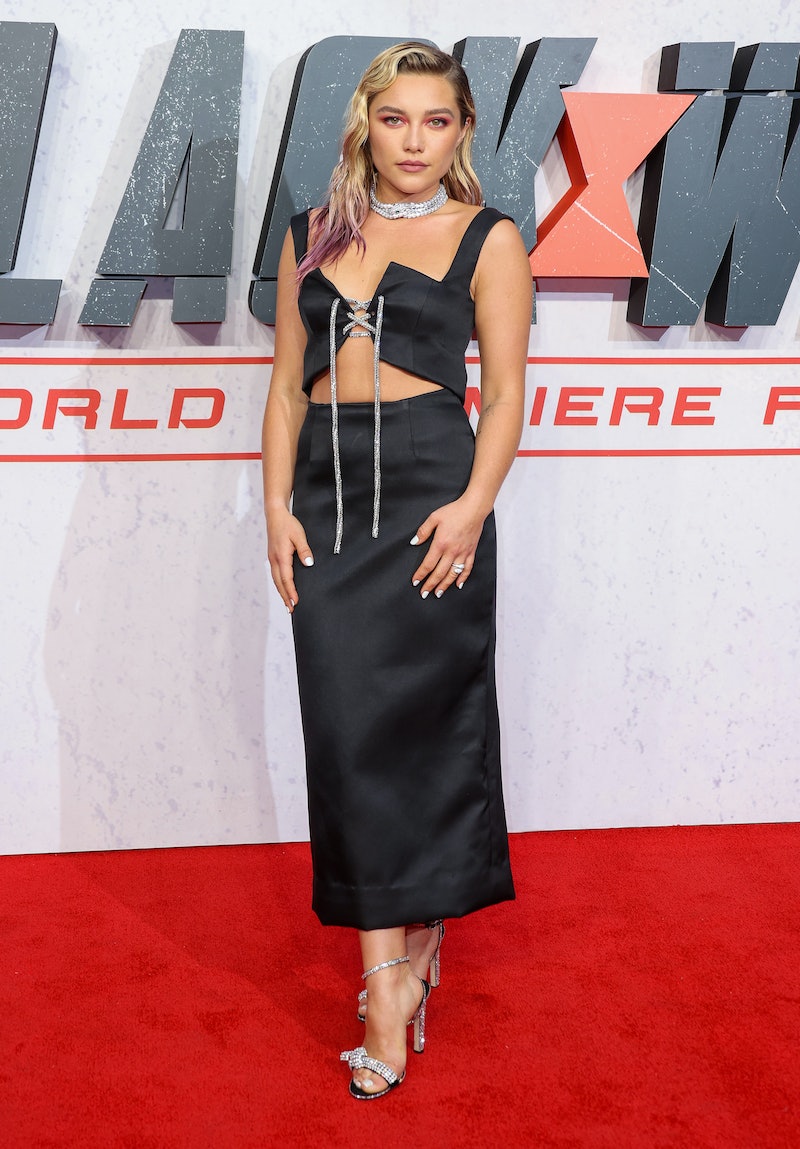 Florence Pugh’s enchanting performances in films such as Midsommar, Little Women, and Fighting With My Family propelled the English actor into international stardom. Now, Pugh’s performance in Marvel’s Black Widow and her now-famous improvised lines in reference to periods and hysterectomies are the talk of the town.

In case you haven’t seen Black Widow in theaters or via streaming yet, Polygon breaks down the scene where Pugh’s Yelena Belova recalls one harrowing experience from her Red Room training. As a reply to her surrogate father Alexi (David Harbour) making a joke about Yelena being on her period, she says, “I don’t get my period dipsh*t. I don’t have a uterus.” Natasha Romanoff (Scarlett Johansson) adds, “Or ovaries.”

Yelena continues, “That’s what happens when the Red Room gives you an involuntary hysterectomy. They kinda just go in and rip out all your reproductive organs. They just get right in there and chop them all away. So you can’t have babies.”

Fans of Avengers: Age of Ultron may recall Black Widow solemnly explaining the Red Room’s graduation ceremony, which involved sterilizing the women who advanced beyond the doors of the Soviet training program. However, Pugh’s interpretation of the female graduates’ experience was meant to both clap back at a sexist joke from a Marvel writer and lighten a chapter that can be emotionally distressing to women have faced in real life.

Black Widow director Cate Shortland told Polygon, “So Eric [Pearson], who is our writer, had written a joke about women being in bad moods because they have their period. And I remember Florence and Scarlett and I reading it and just being like, ‘Oh, my God, this is ridiculous.’” Shortland almost did away with the joke entirely but decided to “answer it,” with Pugh giving another career-defining performance — this time off the cuff.

Shortland ended up loving Pugh’s take, adding, “It’s like, if you’re gonna make that joke, I’m gonna unleash Florence Pugh on you. She’s gonna Yelena you. It’s one of my favorite moments in the film.” Judging from fans’ positive responses (“truly one of the best performances ever delivered in the mcu”) to her improv abilities and portrayal of Yelena, Pugh had standout moments that will prove to be unforgettable.

More like this
Gabby & Rachel Reveal How That 'Bachelorette' Rose Ceremony Twist Happened
By Grace Wehniainen
Who Plays Trent In 'Never Have I Ever'? Benjamin Norris Calls His Character A “Himbo Stoner”
By Grace Wehniainen and Radhika Menon
Who Is Tatiana Maslany Dating? The 'She-Hulk' Star Is Married To 'A Locke & Key' Actor
By Radhika Menon
Tom Holland Explained His Social Media Break & Shared Mental Health Resources
By Grace Wehniainen
Get Even More From Bustle — Sign Up For The Newsletter