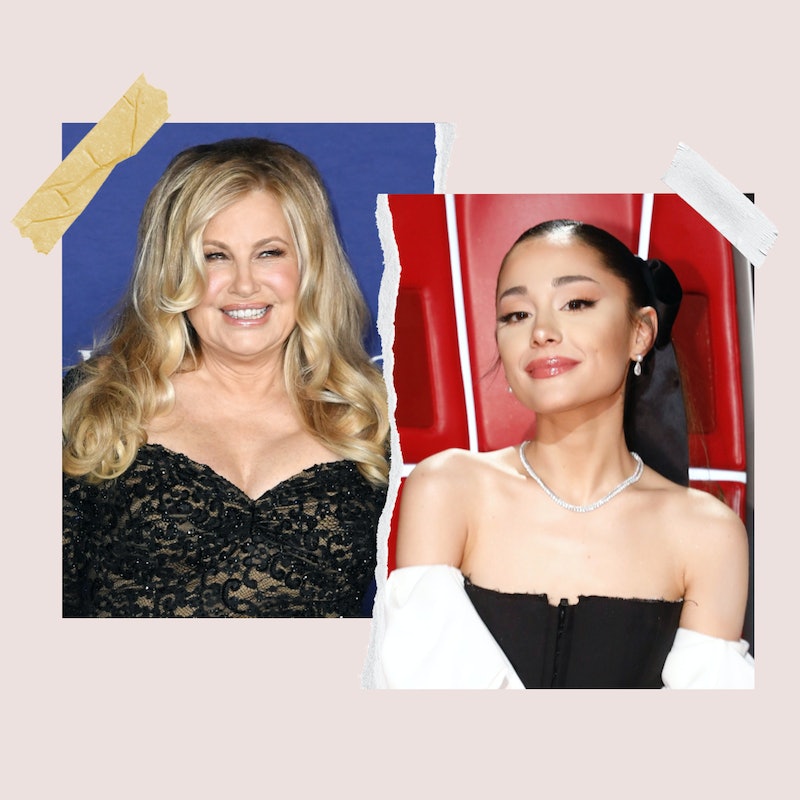 Count Ariana Grande among the Jennifer Coolidge-obsessed. From impersonating the White Lotus star during an appearance on The Tonight Show With Jimmy Fallon to inviting Coolidge to reprise her Legally Blonde bend-and-snap scene for the pop star’s “Thank U, Next” music video, Grande has been a longtime Coolidge fangirl. She made her adoration public again this Halloween by sharing a series of bits impersonating Coolidge’s Best in Show character.

The admiration is mutual, of course. The two developed a close friendship (after Coolidge slid into Grande’s DMs) and even occasionally hang out at each other’s houses. NBD. So it made sense that for Coolidge’s Entertainment Weekly interview leading up to the White Lotus Season 2 finale, Grande was the one who sat down with the actor to ask all of our burning questions — including Coolidge’s previous revelation that playing Stifler’s mom in American Pie boosted her sex life by about 200 men.

Amid mutual gushing, Coolidge even credited the “7 Rings” singer as the “instigator” of her career renaissance (“I think if you hadn’t put me in ‘Thank U, Next,’ and done that imitation, I don’t think I would be here where I am.”), Grande asked Coolidge about her favorite project so far. And it garnered a somewhat surprising response. Aside from the “recent stuff,” Best in Show, and Legally Blonde for obvious star-making reasons, Coolidge included American Pie for helping her in the dating department.

In their interview for EW, Grande asked Coolidge about that comment. “You’ve spoken publicly about the tremendous impact that playing Stifler’s mom has had on your life. In particular, how much d*ck it’s gotten you. Do you remember the best d*ck you got from playing Stifler’s mom? Do you keep in touch?” the Don’t Look Up actor inquired.

The question quickly prompted Coolidge to “clear the air” and clarify that the number wasn’t actually 200, but an exaggerated guesstimate said “jokingly.” “God, you really can’t make jokes in our town,” Coolidge began. “Because I did make the terrible mistake of saying, ‘Thank God for that movie, I got to sleep with 200 men,’ or whatever. And look, I would love to say that was true, but I mean, that was sort of an exaggeration — so I’m glad you’re asking me.”

Though the White Lotus fan favorite recanted on her previous number, she did candidly answer the question. Among those not-quite-200 partners, her “best d*ck” was “definitely the youngest fellow.” Saying that American Pie “did sort of open up the world to a much broader group of handsome men — and younger men,” Coolidge continued to detail a “funny” incident involving the guy’s mother.

“This one guy was particularly young — legal, of course, it was all very legal,” she told Grande, before adding, “No, I won’t get into the details. But afterwards, the next morning, I told him I needed to get a blow dry. So he was so young, we called his mother to see where I could get a blow dry. It was so weird that happened on the phone, it was very clear that we were in the bed together.”

Though she found the experience “a little bit awkward,” she only had nice things to say about both him and his mom. “He was just very, very charming,” she said of the young man. While, of his mother, Coolidge recalled eventually getting that salon endorsement. “She gave me a good recommendation at a local mall, so it all worked out,” Coolidge shared.

While Coolidge may have been candid about her sex life during the interview, she did remain tight-lipped on the finale of her hit HBO show, as well as whether she’d reprise her roles in the next seasons of both The White Lotus and The Watcher.

“I haven’t heard anything from Ryan [Murphy], but I did hear a week ago that Watcher was renewed, and today White Lotus was renewed,” she told Grande. “I don’t know. I hope I’m in both of them, I don’t know. I haven’t... The telegram has not arrived.”

More like this
Who Is "Daddy" Pedro Pascal Dating? People Are Thirsting Over The 'Last Of Us' Star
By Alyssa Lapid
Hilary Duff Is “Optimistic” About A 'Lizzie McGuire' Reboot
By Alyssa Lapid
Jennifer Coolidge Hunted For Jewels & Lashes In J.Lo’s Hotel Room
By Jake Viswanath
Reese Witherspoon Confirms This Fan Favorite Will Return For 'Legally Blonde 3'
By Jake Viswanath
Get Even More From Bustle — Sign Up For The Newsletter
From hair trends to relationship advice, our daily newsletter has everything you need to sound like a person who’s on TikTok, even if you aren’t.