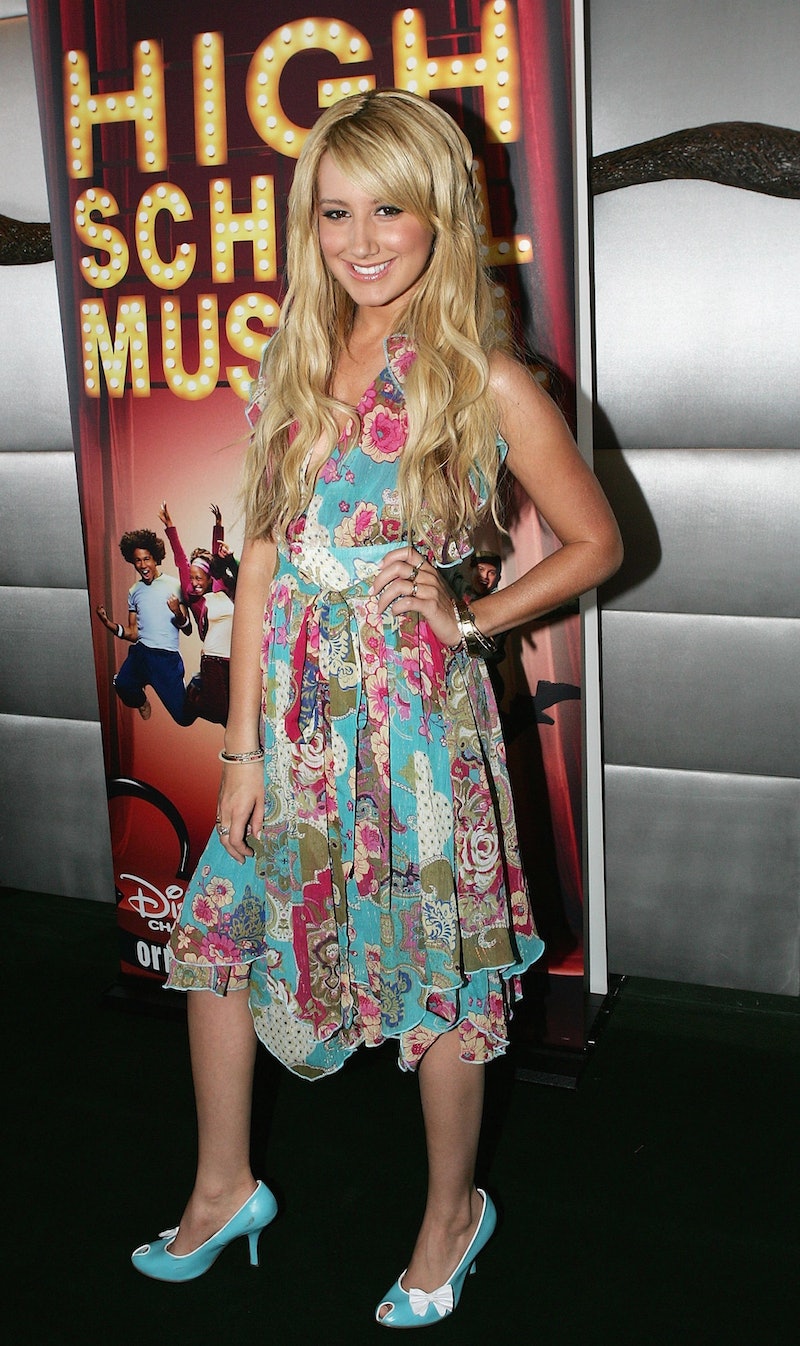 Ashley Tisdale has been acting since she was a young child, and she’s appeared in dozens of film and television projects since her 1997 onscreen debut as a guest star in episodes of Smart Guy and 7th Heaven. But the 36-year-old actor is likely most known today for her roles as Maddie Fitzpatrick in Disney Channel’s The Suite Life of Zack & Cody and Sharpay Evans in the iconic High School Musical franchise. While she remains close with many of her HSM castmates to this day, don’t expect Tisdale to reprise “Bop to the Top” anytime soon — she’s not interested.

During a new interview with Entertainment Tonight, the actor was asked whether or not she’d ever step back into the role of musical theater queen bee Sharpay again if given the chance. “No… I just feel like I wouldn’t be able to really do that again and give it justice,” she told host Deidre Behar in a video published on Aug. 10. “You know what I’m saying? I think at that moment in time, I was very unaware of myself and my surroundings, and I feel like that’s a big part of Sharpay. She is just not really aware, and so as I grew up and became more aware, I think that it’s just something that it wouldn’t be the same.”

But don’t take her answer as a diss towards the billion-dollar movies that made Tisdale a household name. “It’s so good, and it’s like, for me, I would hate to ruin something that is perfect for that moment,” she said. “I don’t think I could go back to it.”

Tisdale’s comments aren’t incredibly shocking. Now that Disney+’s satirical mockumentary series High School Musical: The Musical: The Series has proven successful and launched its own stars — Olivia Rodrigo and Joshua Bassett — it’s hard to imagine a fitting scenario for Sharpay to come back into the story. After all, the character already received a spinoff film titled Sharpay’s Fabulous Adventure in 2011 that followed her life and career after graduating high school. However, that doesn’t mean an appearance on HSMTMTS is completely ruled out; original HSM stars Kaycee Stroh and Lucas Grabeel have appeared on the series as fictionalized versions of themselves.

More like this
Netflix Reveals First Look At Wednesday In The 'Addams Family' Spinoff Series
By Bustle Editors
A New 'And Just Like That' Table Read Pic Confirms A Key Character's Return
By Jack Irvin and Grace Wehniainen
20 Photos Of The 'Hocus Pocus' Cast Then & Now
By Radhika Menon
After 'Hocus Pocus 2', The Sanderson Sisters Are Coming to Broadway
By Radhika Menon
Get Even More From Bustle — Sign Up For The Newsletter