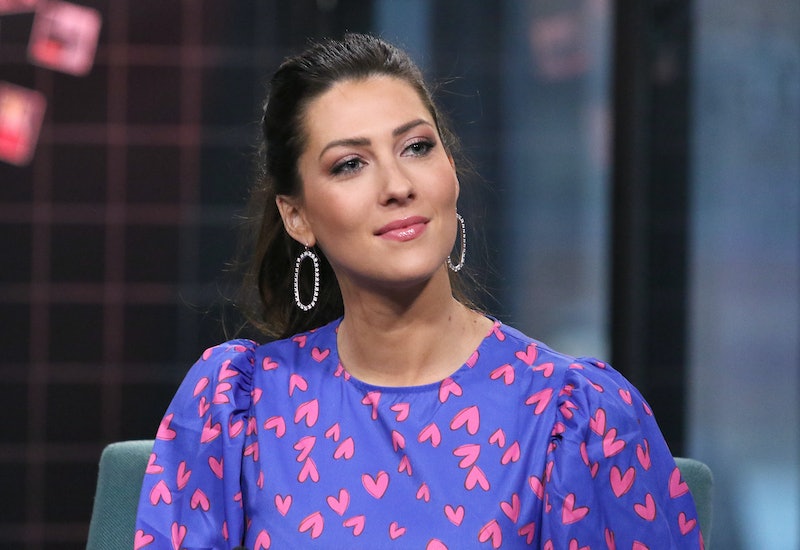 New year, new outlook! In an Instagram post reflecting on 2020, former Bachelorette Becca Kufrin opened up about the year's "hardships," which included her split from fiancé Garrett Yrigoyen. Alongside a video sharing some of her highlights from 2020, Kufrin wrote that the year "gave me a run for my money" and "challenged me in ways I never thought possible." While she didn't explicitly reference the end of her engagement in the post, the podcaster did tell fans the year "almost broke me" and she had to "put the pieces back together." The overall tone of her message, however, is positive, and it shares how Kufrin has become stronger as a result of all of the challenges.

"Thank you for the hardships. Thank you for opening my eyes to so much more around me. Thank you for having me find a certain strength that I never knew I had hidden deep within me. ... Thank you for forcing tough conversations," Kufrin wrote. "Thank you for breaking my heart [and] allowing me to put the pieces back together in the most weird, but customized way."

She continued by explaining that all of the difficulties from the past year taught her not to "settle" and helped her see who and what is important to her, as well as "to find my voice [and] not give a damn about speaking out about what I support." Kufrin concluded her post by noting that she has had "a love/hate relationship" with the year, but that she's ready to continue moving forward. "I’m grateful for all you’ve shown me, but now it’s time we go our separate ways. I’ll never forget our time together, but it’s not me, it’s you," she wrote.

In September, Kufrin confirmed during an episode of her podcast, Bachelor Happy Hour, that she and Yrigoyen had decided to end their engagement after two years together. "Garrett and I came to this decision after many conversations. It wasn’t just something we just arrived at one night," she said at the time, before denying that Yrigoyen's pro-police social media posts were the reason for the split. "It wasn’t based solely off of one Instagram post or somebody else’s opinions or comments. There's much more to it. ... We realized that we still have so much love and kindness and compassion in our hearts for the other person, but sometimes people’s paths just go different ways."

Though she hasn't shared too much about the breakup in the months since, Kufrin has been open about the major life changes she's been making now that she is a single woman. Two days after confirming the split, the former Bachelorette announced her decision to move to Los Angeles. "After a crazy couple of months, I made the last-minute decision to sign a lease (sight unseen) in an area that I was totally unfamiliar with," she wrote on Instagram. "But I’m here to embrace this new adventure and put down some roots in the City of Angels during this next chapter in my life."

A month later, Kufrin revealed in an Instagram story that she decided to begin freezing her eggs, explaining that she wanted to document the process on social media to help inform other women who are considering it for themselves. "I want to document it and share it with you guys as much as I can," Kufrin said at the time. "I think it's so important as women to know our bodies and our options. For me, I'm not old, but I'm not a spring chicken and I want kids one day but not anytime soon and I figure why not do it now in quarantine?"

All in all, it seems like Kufrin is headed into the new year with a focus on hope and optimism. "I feel like it's this weird magical spot that I'm in right now," she said on her podcast back in September. "Maybe it's the fact that I also moved to LA and it's this new chapter. But it just feels like magic."