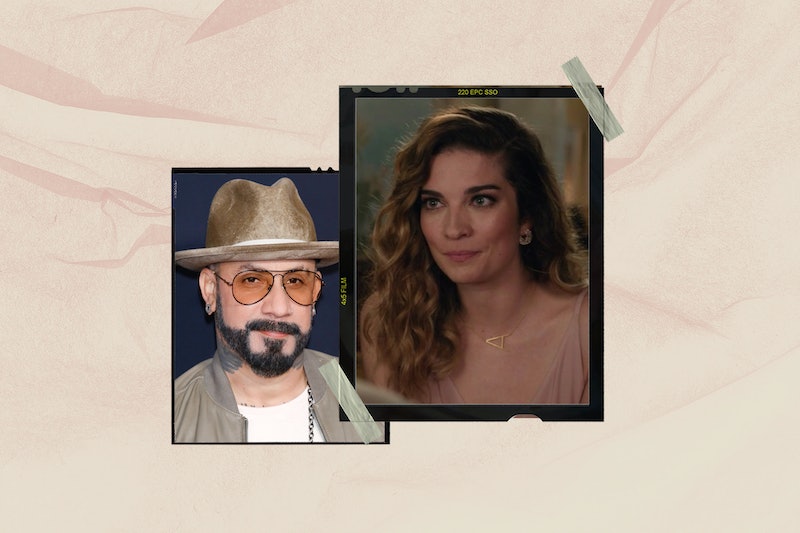 If you’re partial to ‘90s boybands and hit Netflix comedies, the recent Backstreet Boys and Schitt’s Creek crossover is likely something you’ll appreciate. Following the boyband’s concert in Toronto on Sunday, July 3, Annie Murphy, known for her portrayal of Alexis Rose on Schitt’s Creek, met with Backstreet Boy AJ McLean and recreated an iconic line from the hugely-popular Netflix series backstage.

McLean shared the clip on social media, along with the caption, “Omg I made a new friend @annefrances tonight in Toronto! Such an amazing genuine kind-hearted soul not to mention hilarious and talented. Hands down one of the best shows ever. #schittscreek thanks for being awesome.”

In the video, Murphy briefly reprises her Schitt’s Creek character, saying “Ew, AJ” — in reference to her much-loved line from the show, “Ew, David.” McLean then responds “I love it,” before the pair break out into laughter.

Naturally, fans of the duo were quick to comment on their Backstreet Boys and Schitt’s Creek crossover, with one user calling the clip “one of the most important videos I have ever seen.”

“My favourite band meets my favourite TV show! Absolutely epic,” another fan said of the video, while one user said the clip had inspired them to “rewatch Schitt’s Creek for the 149th time.”

Murphy wasn’t the only famous face to make an appearance at the boyband’s back-to-back Toronto concerts, as rap superstar Drake also joined the Backstreet Boys on stage in his hometown on July 2.

During his surprise appearance, Drake performed “I Want It That Way” alongside McLean and his fellow bandmates Nick Carter, Howie Dorough, Brian Littrell, and Kevin Richardson, much to the delight of the audience.

More like this
Yes, 'The Price Of Glee' Is Available To Watch In The UK
By Catharina Cheung
Theo James Would “Love” To Star In George Michael Biopic
By Sam Ramsden
A New Netflix Doc Will Explore The Unsolved Murder Of Jill Dando
By Sam Ramsden
Everything To Know About The 'Daisy Jones & The Six' TV Series
By Maxine Harrison and Brad Witter
Get The Very Best Of Bustle/UK
Sign up for Bustle UK's twice-weekly newsletter, featuring the latest must-watch TV, moving personal stories, and expert advice on the hottest viral buys.