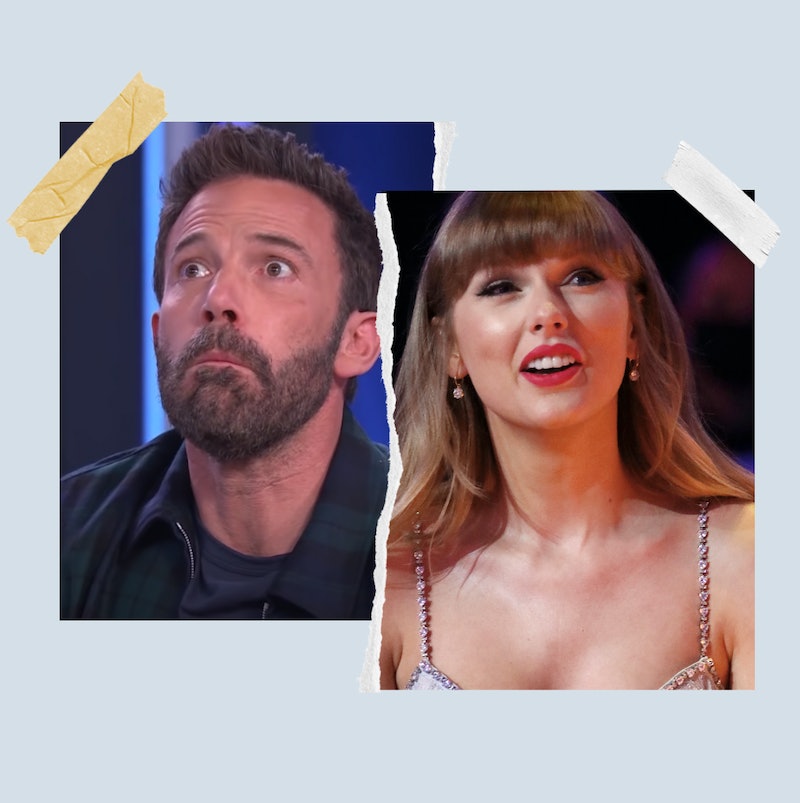 Hot on the heels of his latest Golden Globe nomination for his performance in The Tender Bar, Ben Affleck stopped by The Kelly Clarkson Show to talk about his latest projects and his kids. At one point, Clarkson and Affleck commiserated about how their children become shy and lose the ability to speak whenever they’re introduced to celebrities who they love, which happened when Affleck brought his daughters Violet and Seraphina to meet Taylor Swift.

When it came time for his girls — who Affleck co-parents with ex-wife Jennifer Garner along with their son Samuel — to say hi to the pop star, they were surprisingly mum. Affleck revealed that he had to help his daughters out upon meeting the “Shake It Off” singer. “We came all the way here, it’s Taylor Swift, say something!” the Oscar winner remembered, recounting the incident to Clarkson. When that didn’t work, he looked at Swift and said, “I”m telling you, they’re fans!”

READ NEXT: Look What Taylor Swift Made Her Net Worth Do

Clarkson understood the situation, as the same thing happened when she brought her young ones to meet Aquaman star Jason Momoa: “My kids, like loudest kids on the planet, will not speak!”

Affleck, who sat alongside Tender Bar co-stars Tye Sheridan and Daniel Ranieri to promote the film, also commented on a very public mispronunciation of his last name. “That was nice, yep,” 49-year-old Affleck said with a laugh when Clarkson played the clip of Snoop Dogg accidentally mispronouncing his name. The “Gin and Juice” rapper was selected to announce some of the nominees for the Golden Globes. Upon realizing his mistake, the hip-hop powerhouse quickly corrected himself, laughed and said, “My fault. Sorry about that, Ben.”

While he may be one of the most famous actors in Hollywood, apparently this is nothing new to Affleck. “When I was a kid … in the days when people would call you up for a magazine subscription … they [his parents] would go, ‘A, F as in Frank, F as in Frank…” And for a long time, the would-be star didn’t understand why. “I realized as I started looking through the mail we would get, and it would always be like, ‘Mr. and Mrs. A-s-s-l-i-c-k’.”

Clarkson laughed at the anecdote and responded, “Love that you didn’t say it on daytime TV!”

More like this
The Ticketmaster Senate Hearing & Taylor Swift Tickets Debacle, Explained
By Jake Viswanath
Watch Kelly Clarkson Sing A Taylor Swift Breakup Song About A Toxic Relationship
By Alyssa Lapid
Hannah Ann Got Engaged 3 Years After 'The Bachelor' & The Proposal Was Dreamy
By Grace Wehniainen
Dorothy Wang & Morgan Stewart Were The Ultimate BFFs On 'RKOBH'
By Sophie McEvoy
Get Even More From Bustle — Sign Up For The Newsletter
From hair trends to relationship advice, our daily newsletter has everything you need to sound like a person who’s on TikTok, even if you aren’t.