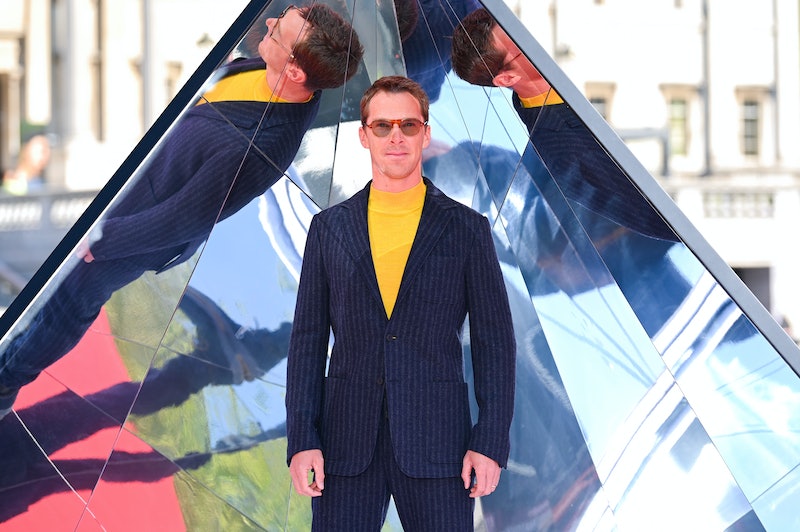 Benedict Cumberbatch has been a working actor for more than 20 years, and since he got his start on the London stage in 2001, he’s gone on to become one of the U.K.’s most respected entertainers. The 45-year-old actor managed to reach a global audience, first with Sherlock, then later as the star of The Imitation Game, 12 Years a Slave, Atonement, and The Power of the Dog, with the latter earning him his second Academy Award nomination for Best Actor. Now, as a major face in the Marvel Cinematic Universe, Cumberbatch is starring in Doctor Strange in the Multiverse of Madness, which premiered May 6, just one day before he hosted Saturday Night Live.

Aside from fans being curious about Cumberbatch’s love life with wife Sophie Hunter, they are also interested in finding out what he’s been earning for some of his biggest films. Read on to learn how much his net worth is today in 2022 and how he earned his millions over the years.

Cumberbatch got his start in the theater, and then in TV, but it’s movies that have made him a wealthy man. Throughout the past decade, he has picked roles that paid him well, and he’s earning more with every new gig. Once he joined the MCU, Cumberbatch’s paydays grew exponentially, and it appears Doctor Strange in the Multiverse of Madness may be his biggest paycheck yet.

As Doctor Strange, Cumberbatch reportedly earned less than a combined $5 million for the first Doctor Strange film, as well as for Thor: Ragnarok, Avengers: Infinity War, and Avengers 4. He could collect nearly twice that sum for Doctor Strange 2 alone.

Here’s a look at Cumberbatch’s paydays for some of his most high-profile films:

The vast majority of Cumberbatch’s TV work has been based in the U.K., including productions like Hawking, Fortysomething, Dunkirk (not the movie), To the Ends of the Earth, Stuart: A Life Backwards, The Last Enemy, Agatha Christie's Miss Marple: Murder Is Easy, and Small Island. What he was paid for these efforts isn’t clear, though he did earn several high-profile awards and nominations for his work.

Cumberbatch’s biggest TV role so far is as the titular character in Sherlock. The actor has starred as the crime solver in four seasons and a handful of specials, and the success of the program helped catapult him to international fame. Sherlock also brought Cumberbatch an Emmy for Outstanding Lead Actor in a Miniseries or a Movie (out of half a dozen nominations, including four for the series). According to The Things, the star was reportedly paid $559,000 per season of Sherlock.

Outside of TV and film, Cumberbatch is known as a top-tier theater actor, and he has an extensive list of credits and trophy nominations. Three times in his career he’s been up for Laurence Olivier Awards, essentially the London equivalent of the Tonys. He was in the running for a prize for his work in Hedda Gabler, Frankenstein, and Hamlet, winning for the second production in that list. What exactly the star earned for these runs (or his other theatrical showings) isn’t clear, but for the early part of his career, theater was a major part of his artistic output and income stream.

A model and celebrity endorser, Cumberbatch has used his fame and familiar face to work with brands to help sell products and improve their company image. At one point, it was estimated that he could earn upward of $300,000 for these deals, though that number may fluctuate depending on which firm he’s signing on with and how much work goes into a specific campaign.

Throughout his career, Cumberbatch has appeared in commercials and advertisements for Dunlop Tires, Jaeger-LeCoultre watches, Jaguar, and MG Motors.

In 2013, Cumberbatch and some of his colleagues founded a production company named SunnyMarch Ltd. In the years since it launched, the firm has had a role in bringing quite a few of the actor's films, shows, and miniseries to life, including The Child in Time, Patrick Melrose, The Courier, The Mauritanian, and The Electrical Life of Louis Wain. The brand has a lot of titles that have either been announced or which are in production, including Migrations, Morning, The 39 Steps, War Magician, and Rogue Male, among others. As a part-owner, Cumberbatch likely takes home some portion of the firm’s profits. The company also helps him get things made, which further increases his net worth.

What Is Benedict Cumberbatch’s Net Worth?

Celebrity Net Worth estimates Cumberbatch’s net worth to be $40 million.