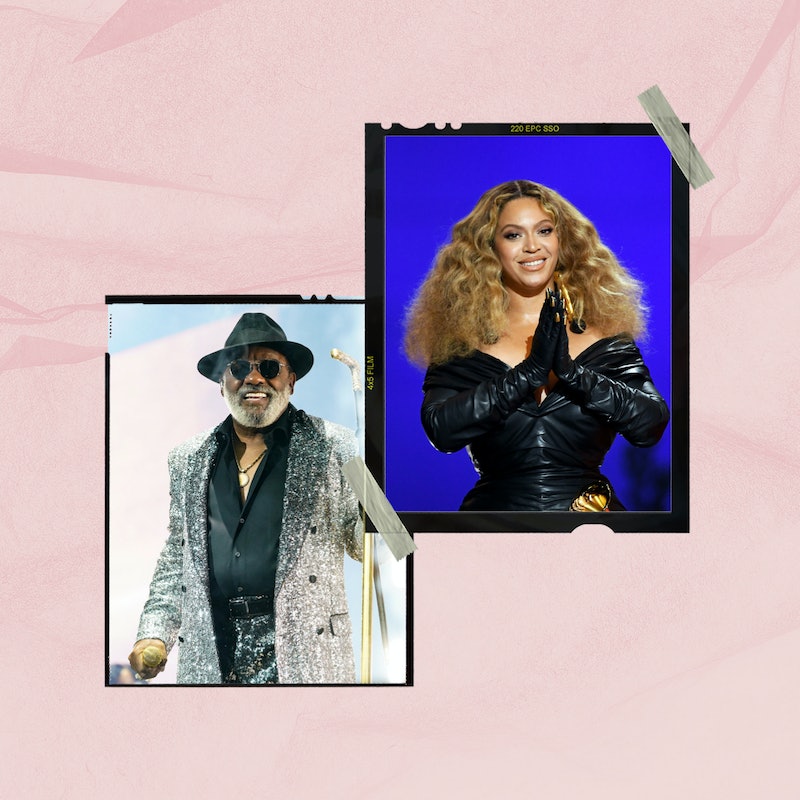 Sure, Beyoncé’s new album, Renaissance, may feature a prominent lead single about quitting your job and abandoning hustle culture — but clearly, the “BREAK MY SOUL” singer doesn’t seem to consider collabs with her fellow musical icons “work.” Days after Beyoncé dropped her remix with Madonna (who she praised as a “masterpiece genius” in a sweet letter), she’s lending her vocals to another high-profile partnership — not for her own album this time, but for The Isley Brothers.

Beyoncé teamed up with the group for a duet of their 1975 track, “Make Me Say It Again Girl” — which streams Aug. 12 after first debuting on iHeartRadio Aug. 9. The duet was a full-circle moment, for a few reasons. For starters, as Ronald Isley told Billboard, he’d first connected with Beyoncé in her early days — before she was even a full-fledged solo artist. “I’d met and talked to Beyoncé when she was just getting started with Destiny’s Child,” he explained, adding that she was “one of the first” people he thought about working with for the group’s next album.

It’s also a bit of a returned favor — as Destiny’s Child sampled “Make Me Say It Again Girl” on “Second Nature” from their very first album in 1998, according to Apple Music.

But as it turns out, Beyoncé and her mom were fans of the legendary group even earlier than that. “Tina Knowles-Lawson was very influential in getting this record started and getting it to the point where we are now,” Kandy Isley — Ronald’s wife and manager — told Billboard. “She has a love for the Isley Brothers and her daughter grew up listening to this type of music.”

Ronald also revealed the emotional reaction Tina had to the duet. “Beyoncé’s mother texted us to say how much they were crying over the record when Beyoncé played it for them,” he said. “Me, Kandy, and her sister were together when we first heard it and they were crying. Then Ernie [Isley] and his wife came over and there was crying again. We hadn’t done any crying over a record in years.” (Crying over new Beyoncé music? Relatable!)

As the group revealed to Variety last year, there are even more star-studded collaborations along the way, including Drake, Alicia Keys, Trey Songz, and Rick Ross. At the time, Kandy said Beyoncé would be recording her vocals for “Make Me Say It Again Girl” that summer — aka, right in the middle of making Renaissance.

More like this
What Demi Lovato Really Thinks About Child Stardom, Depression, & Sobriety
By Radhika Menon
Lizzo Twerks While Playing James Madison's 200-Year-Old Crystal Flute Onstage
By Radhika Menon
Everything To Know About Taylor Swift’s 10th Studio Album, 'Midnights'
By Grace Wehniainen and Jake Viswanath
Twitter Is Freaking Out Over Rihanna’s 2023 Super Bowl Halftime Show Announcement
By Stephanie Topacio Long
Get Even More From Bustle — Sign Up For The Newsletter