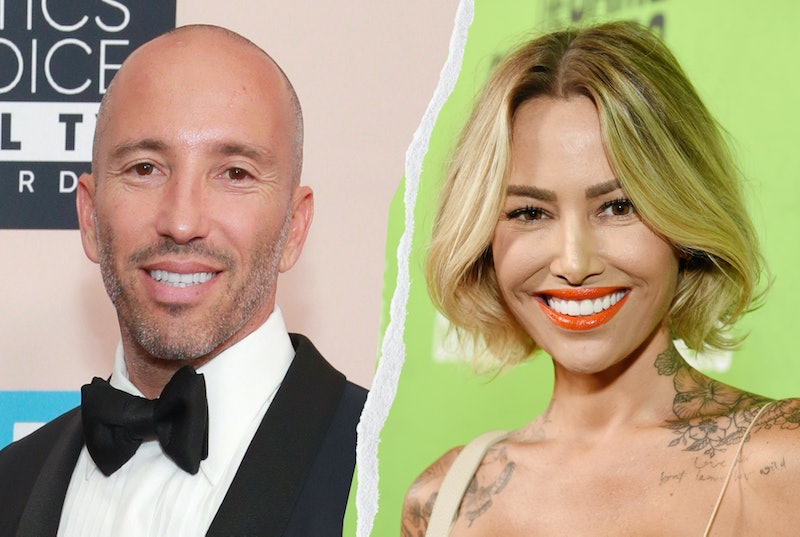 Selling Sunset is known for many things: multi-million dollar mansions, impeccably dressed real estate agents in sky-high heels, and their bosses’ (Brett and Jason Oppenheim) bachelor status. While the agents’ love lives were always in flux with marriages, divorces, or births, the twins have consistently been single throughout the show’s first few seasons, with agents poking fun at their apparent aversion to relationships. It’s partially why it was such a shock when both Jason and Brett were in committed relationships by Season 5 — Jason with Chrishell Stause, and Brett with Australian model Tina Louise.

After Brett, 45, went Instagram official with Tina, 40, in April of 2021, the two went reality TV official. On Selling Sunset’s fourth season, she attended Mary and Jason’s infamous dog party and canoodled with Brett. The two continued dating well into filming Season 5, so fans can expect to see more of Tina when the latest season drops on Netflix on Friday, April 22. Here’s everything to know about Brett Oppenheim’s girlfriend Tina Louise and their current relationship status.

She’s A Model And Entrepreneur

As a model in Australia, Tina was featured in publications like FHM and bagged a cover for Maxim Australia. She was even named Australia’s Hottest Bikini Model in 2007.

Tina is also an entrepreneur with vegan ventures. She co-owns Sugar Taco, a Mexican restaurant that solely serves plant-based options, and The Plant Butchers, a vegan butcher shop slated to open later this year in Long Beach.

When she’s not working, Tina is often poolside or hitting the gym.

After hanging out with Brett and the Oppenheim Group, it seems like Tina became friends with the Selling Sunset cast. Brett even brought Tina to the intimate Europe trip he took with Mary Fitzgerald and her husband, Romain Bonnet, Jason, and Chrishell.

It seems like Tina also bonded with the other women and was even included in Heather Rae Young’s bridal shower last August.

Before dating Brett, Tina dated Brian Austin Green after his split with ex-wife Megan Fox in 2020. Although reports of Tina and Brian’s relationship said the two split in July, they still took beach trips together through September of the same year.

She was later linked to rapper Sean “Diddy” Combs after they were photographed making out on a Malibu beach in October 2020. The two never addressed the paparazzi sightings, though.

Per Page Six, the two broke up after eight months of dating. Last Dec. 22, while Brett was responding to real estate questions on his Instagram stories, a bold follower asked him if he was single. Brett responded, saying, “Okay, this question has absolutely nothing to do with real estate, but I will answer it. As of very recently, actually, yes.”

The breakup confirmation came a day after Brett’s twin brother announced his split from Chrishell. And it’s not just the timing that’s similar — the reasons for the breakups are almost identical. Jason and Chrishell split up because she wanted to start a family, and he wasn’t ready. Per TMZ, Tina reportedly also “wanted to take the next step.” She told the outlet, “Well, you know, we were together for eight months, so it got to a point where I wanted to take the next step in the relationship, and he wasn't quite there yet.” She added that Jason and Chrishell’s breakup “prompted” her to ask about potentially starting a family. “That sort of ended the relationship.”

Following his announcement, Brett wrote a touching post to Tina that same day. “I am grateful for you Tina. For your love, your laugh, your smile, and for our enduring friendship,” he captioned. In the series of photos, he added via text overlay (just like his twin did with Chrishell), “Tina is the most genuine... loving... beautiful woman I could have ever dreamed of... with the most breathtaking smile... I will always love her and be her friend.” The two are reportedly still friends.