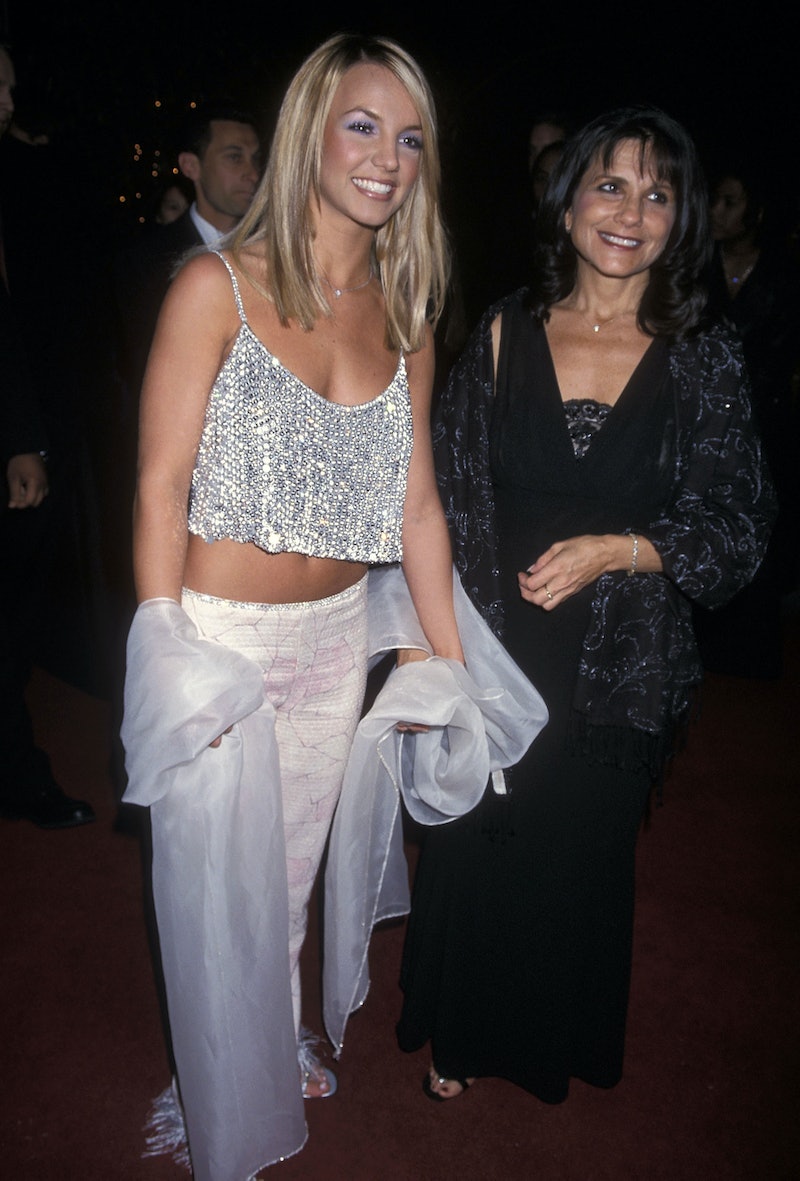 Britney Spears has welcomed a new family member — and no, she and her fiancé Sam Asghari haven’t been secretly hiding a pregnancy. On Feb. 15, Spears revealed her new dog on Instagram, sharing a video of the puppy and captioning it with, “I’m introducing the new edition to my family ... his name is Sawyer and he's a white Australian shepherd with blue eyes !!!!!”

The Grammy winner explained that she found Sawyer during a recent trip to Maui with Asghari. “Geez .... can you have two loves of your lives because he comes in second !!!!” she said about the pup, who looks like he’s settling in nicely at his new home. “It's funny ... he doesn't talk back but it's like he understands what I'm saying !!!!” she wrote. “I can talk to him for 30 minutes about potty training and rewarding him when he goes potty on the pad !!!! I think he understands me especially with those eyes ... he makes my heart melt ... he needs me and I like that !!!!!”

But perhaps the most surprising part of the post was in the comments. Spears’ mother Lynne replied despite recent family drama, writing “The most beautiful pup ever with blue eyes!!!”

Spears has spoken out against her family on multiple occasions, since she first testified against her conservatorship in court in June 2021. That November, right before her 13-year conservatorship was finally lifted, Spears blamed her mom in a since-deleted Instagram post for bringing up the idea in the first place, despite her father Jamie actively putting the arrangement into place and becoming her primary conservator in 2008.

“Pssss my dad may have started the conservatorship 13 years ago ... but what people don’t know is that my mom is the one who gave him the idea !!!!” she wrote, also alleging that her former business manager Lou Taylor was onboard. “I will never get those years back. She secretly ruined my life ... and yes I will call her and Lou Taylor out on it ... so take your whole ‘I have NO IDEA what’s going on’ attitude and go f*** yourself !!!! You know exactly what you did ... my dad is not smart enough to ever think of a conservatorship ... but tonight I will smile knowing I have a new life ahead of me !!!!”

Spears has not responded to the comment or clarified where she stands with her mom, but it seems like she’s too busy with a full house to put much focus into it. In October, Asghari gifted Spears with a Doberman puppy named Porsha, who he said would be trained to protect his fianceé “from any mother*cker that comes around you with bad intentions.”

She also revealed in her Feb. 15 post that she got a new cat, but she’s saving that reveal for a later time. “My cat is French and very peculiar,” she teased. “She looks at food as if she is 30 for two min before she eats it ... she's extremely smart and she looks like a miniature cheetah !!!! ... Anyways I have a house FULL of small animals and I like it besides the potty training !!!!”

A Hollywood filmmaker should develop a Dr. Doolittle-style movie, but with Spears as the magical zookeeper, pronto.