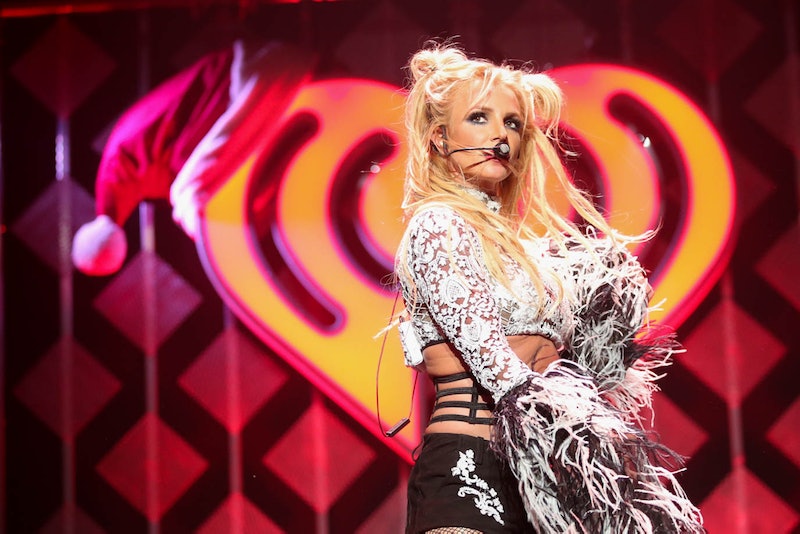 Britney Spears isn’t done calling out her parents and sister for the “awful things” they did to her over the course of her more than 20-year-long career. On Dec. 28, Spears shared a lengthy post on Instagram about leaning into prayer amid times of uncertainty and pain. After revealing that prayer is a “constant” in her life, the 40-year-old pop star confessed that she was previously in “fake denial” about all of the pain and suffering inflicted by her own family.

“I chose the fake denial ‘everything’s totally fine’ approach because I didn’t want to cause conflict,” Spears said after admitting that she kept all the pain she was experiencing to herself. “I was NICE, FAKE and I was absolutely screaming inside.” Spears went on to say that what her family did to her heart was “unforgivable,” and she found it particularly heartbreaking when they limited what she was allowed to do when it came to her professional life.

“My goal for this year is to push myself a bit more and do things that scare me but not too much.”

“I asked for 13 years to perform new songs and remixes of my old songs,” Spears wrote, revealing that her request was rejected every time. She added that it was that treatment and the “wasted time to embarrass and humiliate” her that made her want to step away from music altogether. “I guess it seems odd to most now why I don’t even do my music anymore,” she wrote. “People have no idea the awful things that were done to me personally … and after what I’ve been through, I’m scared of people and the business !!!!”

“Not doing my music anymore is my way of saying ‘F*ck You’ in a sense when it only actually benefits my family by ignoring my real work,” Spears continued. “It’s like I’ve subconsciously let them win.” And although her family has tested her faith and made her a non-believer at times, Spears said that she’s experienced a lot of “growth” in the last year and is looking forward to the future. “My goal for this year is to push myself a bit more and do things that scare me but not too much,” she wrote, adding that she plans to do more of what brings her joy.

Spears closed out her post by confessing that she still struggles with her self-image. It’s for this reason that she recently touted some of her biggest accomplishments on social media. “Honestly my family embarrassed me and hurt me deeply,” she wrote. “So tooting my own horn and seeing my past accomplishments reflecting back at me actually helped ... I’m sorry if I sound ignorant,” she said after reminding her followers to pray. “I’m extremely insecure and probably care too much so that’s all I got ... PRAYER !!!!”

This isn’t the first time that Spears took aim at her family. Last week, in the now-deleted caption about her biggest accomplishments, she revealed a major life lesson. “I just realized this today guys ... After what my family tried to do to me three years ago ... I needed to be my own cheerleader !!!!” she wrote. “God knows they weren’t.” It’s likely that Spears was referring to when her family allegedly put her back in rehab in 2019, which she spoke about openly during her conservatorship hearing in June. After that court appearance, the pop star began to speak more candidly about her broken relationship with her family.

In July, Spears blasted friends and family who “never showed up” for her. She also wrote that the conservatorship “hurt [her] deeply” and mentioned some of the ways that her family has let her down. “I don’t like that my sister showed up at an awards show and performed MY SONGS to remixes,” she wrote, referencing Jamie Lynn Spears’ performance at the Radio Disney Music Awards in 2017. In November, Spears was released from her conservatorship after 13 years, but she continued to air out her family’s dirty laundry on Instagram.

“This message is to my family ... for hurting me deeper than you’ll ever know !!!” she wrote after the “abusive” legal arrangement had been terminated. Days later, she returned to the social media app to place blame for the conservatorship on her mother, Lynne Spears. “My dad may have started the conservatorship 13 years ago ... but what people don’t know is that my mom is the one who gave him the idea !!!!” she wrote in a since-deleted post. “I will never get those years back.” She also said that her mom “secretly ruined” her life. “You know exactly what you did,” she added. “My dad is not smart enough to ever think of a conservatorship ... but tonight I will smile knowing I have a new life ahead of me !!!!”

More like this
Britney Spears Shared The Real Reason She Shut Down Her Instagram Account
By Brad Witter
18 Photos Of Jennifer Lopez’s Mansion You Can Now Buy For $42.5 Million
By Alyssa Lapid
Jay-Z Is Performing At The Grammys, Meaning Beyoncé Might Actually Show Up
By Jake Viswanath
Reese Witherspoon Confirms This Fan Favorite Will Return For 'Legally Blonde 3'
By Jake Viswanath
Get Even More From Bustle — Sign Up For The Newsletter
From hair trends to relationship advice, our daily newsletter has everything you need to sound like a person who’s on TikTok, even if you aren’t.