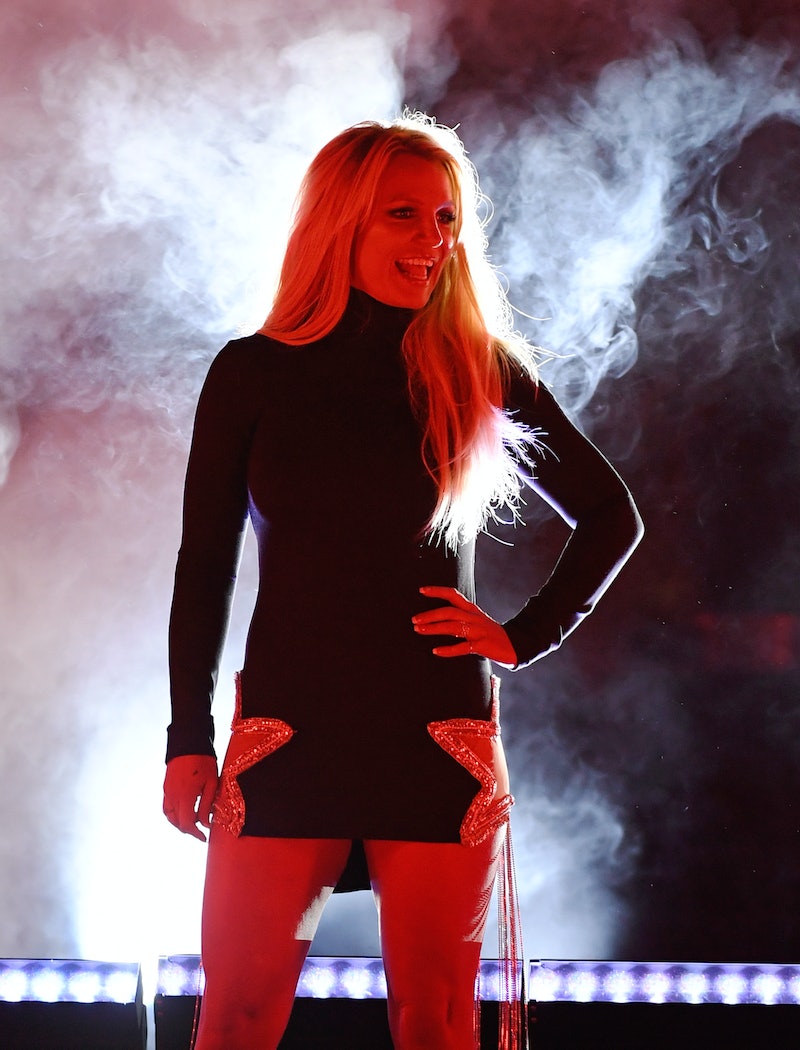 In case you missed it, Britney Spears has had a pretty big year. In 2021, the “Toxic” singer called out her family and spoke at length about the disturbing terms of her conservatorship — and celebrated when, this November, it finally came to an end. In the middle of it all, she got engaged to Sam Asghari and began making plans for a future with him. Oh, yeah, she’s acting and writing a novel, too. So naturally, there’s a lot for her to reflect on when it comes to saying goodbye to 2021 — and welcoming 2022.

Spears took to Instagram to mark the occasion. In the hours before New Year’s Eve, she reposted a clip of countless birds flying out of a truck and into a lush, hilly landscape — a lot like Spears, they’re free. The video was set to Jaymes Young’s “Infinity” (aka, the “I love you for infinity” song from TikTok), and the brief caption included a reference to the singer’s past 12 months. “SYMBOLIC of my year this year,” she wrote.

In addition to the obvious #FreeBritney allusion, the clip of birds also seemed like a subtle reference to a fan-favorite song from Spears, “Everytime.” Though fans have long tied the song to Justin Timberlake, its lyrics convey imagery about a bird flying — or attempting to. “Every time I try to fly I fall / Without my wings, I feel so small,” begins the chorus, which could just as easily apply to the singer’s conservatorship battle.

Spears’ fiancé also got a head-start on the holiday, with a riff on a classic New Year’s caption. “New year same me,” Asghari wrote alongside a posed photo. As the couple’s wedding planning continues, they still haven’t shared specifics about their ceremony, like when (or where) it will take place — but given the fact that Spears’ wedding dress, courtesy of Donatella Versace, was already being designed as of November, it seems like nuptials could be one of the pair’s big milestones in 2022.