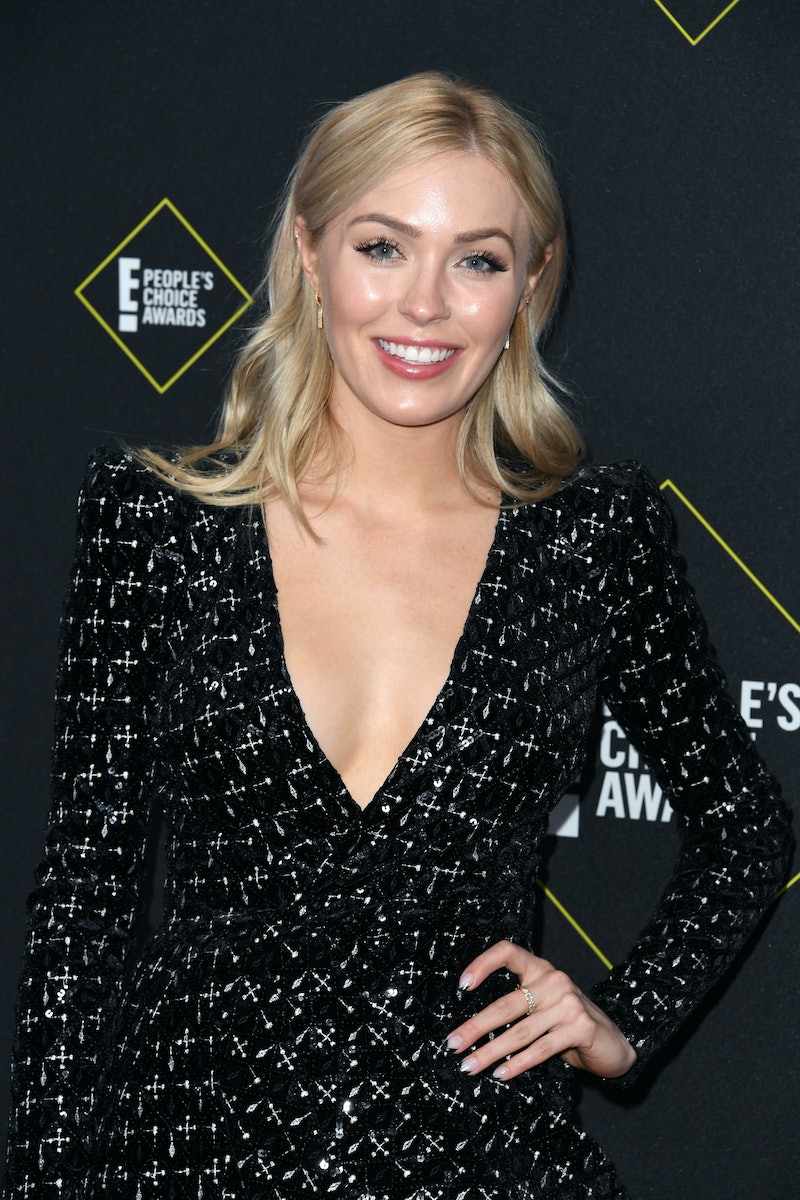 A lot of eyes are on Cassie Randolph these days. Ever since her ex-boyfriend Colton Underwood came out as gay on national TV in April, many expected her to open up about her Bachelor-made relationship — especially recently with his new Netflix series Coming Out Colton premiering on Dec. 3. Now, she is ready to talk about her love life — just not the one with Colton.

Though she just admitted to People that she purposefully kept her relationship private in the beginning, rumors that Cassie and her boyfriend, musician Brighton Reinhardt, were dating started as early as August 2020. After the two were spotted hanging out with Cassie’s family, Brighton denied the rumors to US Weekly on Aug. 27, 2020, saying, “Cassie and I are just friends and have been for over four or so years.” He added, “My brothers and I are all close with Cassie and her whole family,” in response to the gossip.

Buzz started back up in January 2021, when Brighton released the song “Creep” that fans felt eerily pointed at Colton. The lyrics — especially the lines “You can’t stop thinking about my baby” and “GPS on the underside” — seem to refer to Cassie’s now-retracted temporary restraining order in which she alleged Colton stalked, tracked, and harassed her.

Still, the two didn’t admit anything publicly and seemed to be mostly friendly online, harmlessly commenting on each other’s Instagram posts. In February, when Cassie promoted her house-hunting YouTube video, Brighton commented, “I love all these reels and vlogs!! Keep up the good work.” (What’s more platonic than “keep up the good work”?) On her birthday two months later, she posted, “Thank you to everyone who made my 26th so special. To say I have the best people surrounding me is an understatement. I love you all so so so much.” Brighton then replied, “Best night!!! We all love you sm, Happy birthday.”

Finally, a month later, Brighton filmed the music video for his song “Dreaming” with Cassie, who plays his love interest. The two only shared photos from the shoot up — until Jul. 29, when Brighton took the plunge and made their relationship Instagram official with a simple “insert cheesy caption here*” post.

But the were-they-weren’t-they saga continued when Brighton posted a sweet slideshow on Aug. 11, with the caption “366 days and counting” and a heart emoji. So, if Brighton’s Instagram marking of time pertains to their anniversary, that might mean they were already together when he first publicly denied the rumors.

Cassie admitted as much in an interview with People on Dec. 2. “Last year, we reconnected, and it was game over from there," she told the outlet. Calling him her “best friend,” she added, “I love everything about him. But I love the fact that we were friends for like six, five years, I think, before we started dating. I think that really helped make us really strong.” She also revealed that it was “important” for her and Brighton “to keep quiet” about their relationship “at first,” as they’re both “pretty private people in general.” That explains things.

More like this
Kourtney & Travis Made Their Marriage Legal & Drove Off In A "Just Married" Car
By Bustle Editors
Remember When Benedict Cumberbatch Announced His Engagement In A Newspaper Ad?
By Hugh McIntyre
The 1st Photo Of Priyanka & Nick's' Baby Comes After 100 Days In The Hospital
By Jake Viswanath and Hugh McIntyre
Jason Oppenheim Broke Down In Tears Over His Chrishell Breakup On The 'Selling Sunset' Reunion
By Bustle Editors
Get Even More From Bustle — Sign Up For The Newsletter