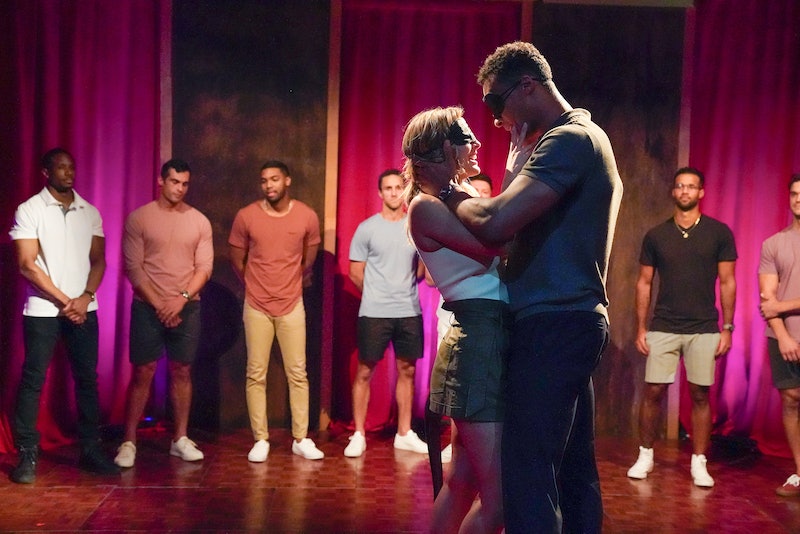 Ever since Dale stepped out of the limo, it's been clear that Clare Crawley only has eyes for him — which made the first group date particularly uncomfortable for everyone watching. During Week 2's "love language"-themed date, Clare and Dale touched and caressed each other while everyone stood awkwardly in the background.

"Watching Clare with Dale was definitely uncomfortable," Jordan said in a confessional as the camera cut to the other men, all of whom looked as if their souls had left their body. "It's touching on a deeper level. They kind of already have that connection, so I'm jealous."

He was far from the only person who felt like they walked in on something between Clare and Dale, as Bachelorette fans shared how uncomfortable they were on social media:

Clare and Dale's connection has been evident from the start, when Clare confessed that she thought she "just met [her] husband" after they met for the first time. "Every other guy I felt confident with, but with Dale, everything else went dark around me," she told host Chris Harrison. "I don't even know what I just said. ... I felt everything that I haven't felt, ever." Unsurprisingly, Clare gave Dale the first impression rose that night, and ahead of the group date, she confessed that she spent all night thinking about the football player-turned-model. "I'd be lying if I said it wasn't hard to sleep last night, because Dale made everything else disappear," she said. "I don't know what to do."

She does eventually figure out what to do, as Clare reportedly quits the show early to be with Dale. (The couple is even reportedly engaged now that filming is over.) According to longtime Bachelor blogger Reality Steve, Clare only participates in two more ceremonies before Tayshia Adams reportedly takes over as the Bachelorette. This decision seems to catch the rest of the men completely off guard, but if the group date proved anything, it's that Clare and Dale's connection is incredibly obvious — and occasionally even a little bit awkward to watch.