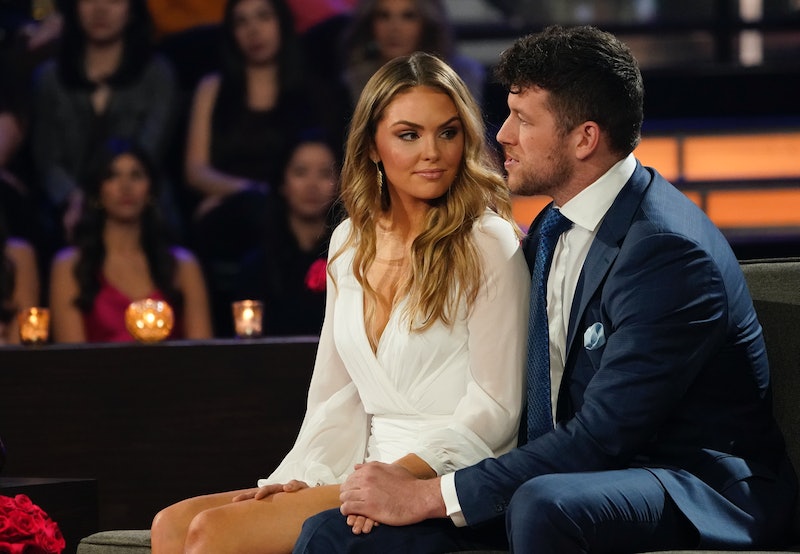 Even though Clayton Echard’s Bachelor season ended with so many tears, things are looking a little different (that is to say, happier!) since filming wrapped. As promised during After the Final Rose March 15, Clayton left his job and moved to Virginia with Susie Evans to “give [their relationship] a fair shot,” and he’s already settling into life on the East Coast — starting with a dinner date at a beach restaurant and, apparently, a new food review series?

In a March 19 TikTok, Clayton debuted the inaugural “Pizza Review with Sue” at Tulu Seafood Grill... and simply couldn’t stop rhyming. “We ain’t got a fire pit, but I got a fire pit,” he said, before apparently referencing The Bachelorette — not Gabby Windey and Rachel Recchia’s upcoming season, but a very well-known alum from 2018, Becca Kufrin. “Look at that, this looks delightful,” he said, admiring the cheesy pizza. “We’re gonna do the damn thing, alright?” Becca used the phrase upon first meeting Arie Luyendyk Jr. during his ill-fated Bachelor season, and it became the catchphrase for her own turn as Bachelorette the same year. (She’s been done with it for a while, though, telling E! in 2018 that she was “ready to put it to bed” and couldn’t even explain where the saying came from.)

Becca — who recently began a relationship with Thomas Jacobs during Bachelor in Paradise — was in touch with Clayton as his season imploded, telling E!’s Daily Pop that “the odds were kinda stacked against him” from Day 1, and “in a very naive sense, [he didn’t know] that there was gonna be extra drama and all this cattiness.”

Now that things have settled down, though, Clayton and Susie seem to be having fun doing the damn thing, their way — even if marriage isn’t in the cards just yet. Oh, and if you were wondering, Clayton loved the pizza: “If that wasn’t the most exquisite thing I’ve ever tasted... solid.” Next review when?!

More like this
Zach Reveals The Chaotic 30 Minutes That Were Cut From ‘The Bachelor’ Premiere
By Grace Wehniainen
Hannah Ann Got Engaged 3 Years After 'The Bachelor' & The Proposal Was Dreamy
By Grace Wehniainen
10 Photos Of The Wildest Limo Arrivals From 'The Bachelor' Premiere
By Brad Witter
Bachelor Zach’s “Dream Job” Has Nothing To Do With His Work In The Tech Industry
By Brad Witter
Get Even More From Bustle — Sign Up For The Newsletter
From hair trends to relationship advice, our daily newsletter has everything you need to sound like a person who’s on TikTok, even if you aren’t.