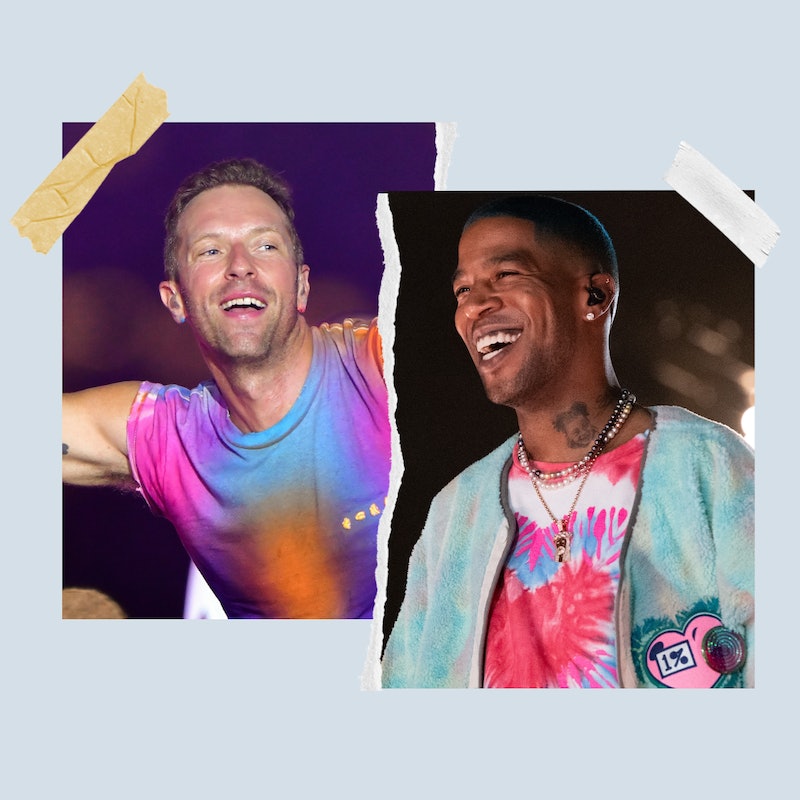 The guys in Coldplay are masters of crafting catchy songs that are haunting, and now the British band has done it again with a cover of Kid Cudi’s 2008 breakout hit “Day ‘n’ Nite.” The song helped turn the rising talent into a major player in the hip-hop space more than a decade ago, and now the track sounds fresh and new again. The group reworked it as part of Spotify’s Singles program, which has artists share a live rendition of one of their songs as well as a reimagined cover.

Coldplay’s rendition of “Day ‘n’ Nite” sounds so different from the original that it’s hard to compare the two. The cover is more reminiscent of something the Grammy-winning band would have recorded years ago, during their less poppy eras, when they were known for their gentler compositions. The band’s take on “Day ‘n’ Nite” would feel at home on Coldplay albums like Viva la Vida or Death and All His Friends or Ghost Stories.

Fans of both Cudi and Coldplay couldn’t help but share their excitement on social media regarding the cover, and one tweet even caught the attention of the hip-hop star. After a fan tweeted at Cudi saying, “DUDE COLDPLAY IS RELEASING A COVER OF DAY N NITE TONIGHT!!!,” Cudi quote tweeted the message to his 2.8 million followers, complimenting the rendition. “It’s tasty!!! Shout out to Chris Martin the WIZARD,” Cudi tweeted. He also tweeted a link to the song.

“Day ‘n’ Nite” became a global hit for Cudi in 2008, and it catapulted him from being simply a favorite of music bloggers to a proper hitmaker. The cut was initially featured on his debut mixtape A Kid Named Cudi. After his music began picking up steam, Kanye West signed him to his record label GOOD Music. Just a few months later, Cudi dropped his first full-length album — Man on the Moon: The End of Day — with “Day ‘n’ Nite” as its lead single. The tune peaked at No. 3 on the Billboard Hot 100, and it earned him two Grammy nominations.

While Coldplay’s cover of “Day ‘n’ Nite” is certainly the most surprising new release from the band, it is only one of two tracks featured on their Spotify Singles EP. The band also re-recorded their current single with Selena Gomez titled “Let Somebody Go,” which is on their latest album Music of the Spheres. The collaboration peaked at No. 97 on the Hot 100, following in the footsteps of Coldplay’s recent hits “Higher Power” and “My Universe” with BTS.

Cudi is sure to be pleased with the media coverage of Coldplay’s take on one of his most recognizable singles, as he’s recently been caught up in some drama that’s been highly publicized. Frequent collaborator and longtime friend West posted a handwritten note on his Instagram (which has now been deleted) in February 2022 that read, “Just so everyone knows Cudi will not be on Donda [2] because he's friends with you-know-who.” He was referring to Cudi’s friendship with Pete Davidson, who is now dating West’s soon-to-be-ex-wife Kim Kardashian. The hip-hop powerhouse has made it known that he doesn’t care for the Saturday Night Live actor, and now that hate has spread to those he’s close to as well.

In response to West removing Cudi from his album Donda 2 (which will only be available to listen to for people who buy West’s $200 Stem Player), Cudi took to social media to say, “Too bad I don’t wanna be on ur album u f*ckin dinosaur hahaha. Everyone knows I’ve been the best thing about ur albums since I met u. Ima pray u for brother.” He also revealed on Twitter that there may be more to the story, adding, “We talked weeks ago about this. You’re whack for flipping the script and posting this lie just for a look on the internet. You ain’t no friend. BYE.”

While they might not collaborate again, Cudi and West are currently nominated alongside one another at the 2022 Grammys for Album of the Year. Cudi appeared on Donda, which is in the running for the top prize, and should West claim the coveted trophy for the first time, Cudi and dozens of other artists who contributed to the project will earn Grammys as well.