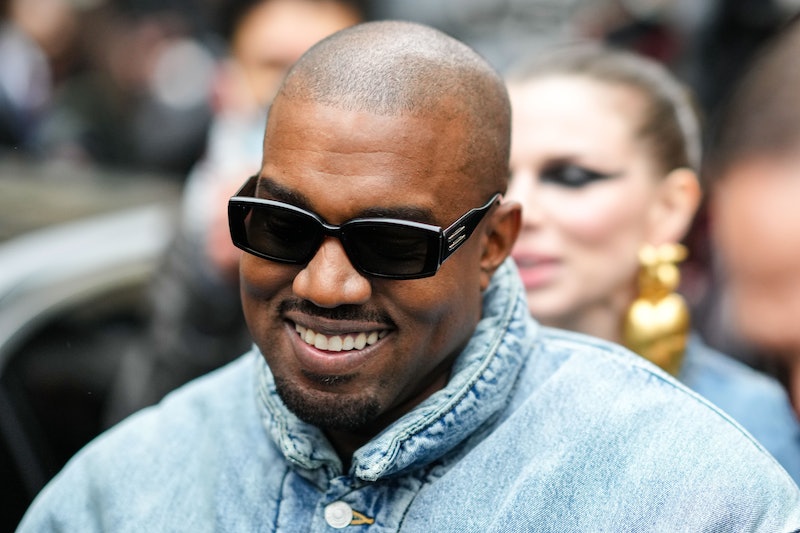 Kanye West’s album Donda 2 was supposed to be released on Feb. 22, a date he set weeks ago. Sadly for fans, midnight came and went, and there was no project in sight. There’s still a chance that the rapper will deliver the project at some point on Feb. 22 — perhaps following a high-profile listening event slated in Miami. Albums typically drop at 12:00 a.m. ET on their scheduled date, so few fans are expecting the hip-hop powerhouse to keep to his schedule.

Fans were shocked and hurt when they first heard that Donda 2 won’t be available to stream on Spotify, Apple, YouTube, or any other streaming service. Late on Feb. 17, the 22-time Grammy winner said people will need to buy a $200 device called the Stem Player in order to consume to his new music, upsetting longtime listeners in the process (see their tweets below).

Ye took to Instagram to explain his reasoning for only offering Donda 2 on his own player, writing, “Today artists get just 12% of the money the industry makes. It’s time to free music from this oppressive system. It’s time to take control and build our own. Go to stemplayer.com now to order.” In another post, Ye said, “For the first time in a long time I feel alive we did it kid we did lord lift me up things change let’s keep it burning.” The Stem Player debuted in 2021, along with the release of Donda (a streamable album).

“God has a plan. New frontier. Everyone that is supporting our revolution is changing the game for all artist,” the 44-year-old musician said. “We no longer have to bow to people who don’t even truly care about music. I feel like I’m back at SOB’s performing Jesus Walks. I walked away from Apple right after having the most number 1’s in Apple history. Song Writers have been really hurt by streaming platforms. Some say I’m the only one who can make this change.”

“So as the leading innovator in music of the past 20 years,” West continued, “I’m putting my own work on the line to change it. I’ve already won by not being afraid to move. Now we’re winning because there are true supporters that have invested their hard earned money in my vision of freedom. I love and appreciate everyone who believes my promise of creating a brighter future.”

Tweets About Donda 2 Being Late

When Donda 2 didn’t arrive as expected, many fans vented about their disappointment and made fun of the entire situation. This isn’t the first time West has delayed the release of one of his albums. Throughout his career, Ye has pushed back several titles for various reasons, including The College Dropout, Late Registration, My Beautiful Dark Twisted Fantasy, Watch the Throne, The Life of Pablo, Ye, Jesus is King, and even the first Donda.

Twitter has mixed feelings about the exclusive Donda 2 release, with some fans furious and some haters happy they wont have to hear it.

West’s announcement comes during a busy month, which includes his breakup with Uncut Gems star Julia Fox and very public feuds with ex-wife Kim Kardashian, Kim K’s new boyfriend Pete Davidson, Kid Cudi, and Billie Eilish. His Netflix documentary jeen-yuhs: A Kanye Trilogy also came out on Feb. 16, and it follows the past 20 years of his rocky career. Though his music won’t be available to stream, Ye will perform some of his new songs live on Feb. 22 in Miami.

West, who also posted a potential final track list of 21 songs, is no stranger to unique release methods. Three live events for Donda — his album campaign that was full of delays — were streamed on Apple Music before the album was released by his record label without his permission.

More like this
Are John Legend & Kanye West Still Friends? The Singer’s Latest Update Is Candid
By Brad Witter
Kim Kardashian Pays Homage To Kanye West’s Fave Film In New Swimwear Pics
By Bustle Editors and Maxine Harrison
The Beyhive Is Defending Their Queen After A Reported ‘Renaissance’ Leak
By Grace Wehniainen
Twitter Is Losing It Over Beyoncé's "ALIEN SUPERSTAR" & These Memes Prove It
By Radhika Menon
Get Even More From Bustle — Sign Up For The Newsletter

This article was originally published on Feb. 18, 2022