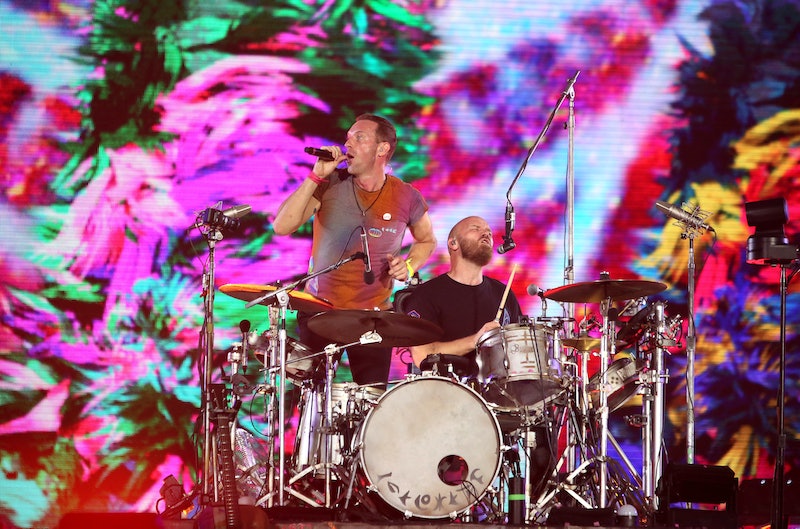 Two British chart behemoths shared the stage of London’s Wembley Stadium on Aug. 13 and fans could not get enough of it. Coldplay, who are doing a mammoth world tour which started in March this year, invited fellow music icon Craig David to join them on stage. Although the artists have arguably differing styles when it comes to the music they put out, the surprise collective came together over an iconic remix of David’s unforgettable “7 Days.” And it’s safe to say the remix went down pretty well with fans.

After singing the iconic chorus, David gestured for Coldplay frontman Chris Martin to join in. But instead, Martin put his own stamp on the lyrics. “That’s how your life was when you were 19, right? I’d like to tell you how my life was when I was 19. It was different.” He then recounted to the near 90,000 fans in the stadium that he too met a girl on Monday, but was then ghosted and watched TV alone with his Gran on Sunday. But, it’s hard to believe that Martin has ever had trouble with dating considering that he was married to Gwyneth Paltrow, and is now in a five-year relationship with Persuasion star Dakota Johnson.

Surprisingly, this isn’t the first time that Coldplay has performed “7 Days” in public. Back in November 2021, the band sung it during a game on Heart Radio, and Martin seemed to know the words pretty well, so maybe it’s been a long time favourite of his.

Even though the band have been working hard on tour, they’ve also been enjoying some downtime. Well, kind of. On his way back from Glastonbury Festival in June, Martin popped into a local Somerset pub. And — because why wouldn’t you if you could play the piano and sing as well as him? — he treated the room to a quick rendition of their hit “Sky Full of Stars.” As lucky as those punters are, I do hope that Martin finds time for some proper time off this year.