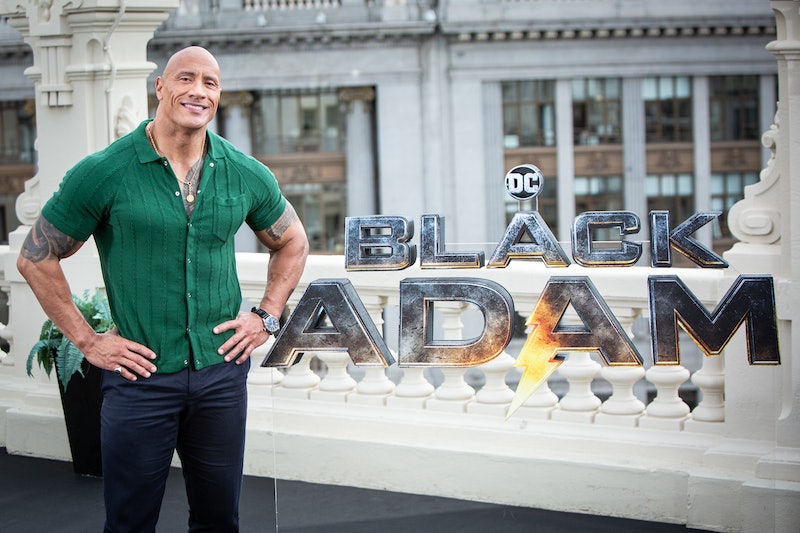 It’s hard to think of many Dwayne Johnson movies that didn’t end up being huge blockbuster hits. From the Fast & Furious series to Moana to Jumanji, Johnson has plenty of hits on his resume. And with recent successes like Red Notice, Young Rock, and Jungle Cruise, it’s clear his acting career isn’t about to go anywhere.

Perhaps all of this is why Johnson was the world’s highest-paid actor for two years running in 2019 and 2020. According to Forbes, he is still the fourth highest-paid entertainer as of 2022, with an average salary of $20 million.

While Johnson may be one of the wealthiest actors in the world, he had to work pretty hard to get to where is today. Johnson tweeted once: “In 1995 I had $7 bucks in my pocket and knew two things: I’m broke as hell and one day I won’t be.”

In fact, as a child, Johnson had lived in poverty. “We were living in an efficiency that cost $120 a week,” he once told The Hollywood Reporter. “We come home, and there’s a padlock on the door and an eviction notice. My mom starts bawling. She just started crying and breaking down. ‘Where are we going to live? What are we going to do?’” Johnson decided he would make his own fortune, and, after playing football and then becoming a successful wrestler, he pivoted to acting.

So, after all of this success, what is The Rock’s real net worth?

6 Ways Dwayne Johnson Has Made His Fortune

Johnson’s climb to fame and fortune began with a disappointing football career. After landing a football scholarship at the University of Miami, Johnson was plagued by injuries, which made playing for the NFL impossible. According to The Hollywood Reporter, he was eventually signed by the Canadian Football League’s Calgary Stampeders with a salary of $35,000. When he was put on the practice team, his salary was reduced to just $250 per week. By the time he was cut from the team, Johnson had “seven bucks to my [his] name.”

However, when Johnson decided to pivot to wrestling, his fortunes changed. As he told Stephen Colbert, In his first fights, the star received a mere $40 per night.

As his fame grew, so did his salary. Eventually, he signed a contract with WWE for $150,000 a year. By the end of his wrestling career, he had amassed millions.

Johnson’s TV career began with a hugely successful turn on Saturday Night Live. This led to his first acting role in the 2001 sequel to The Mummy. Even though his role was relatively small, Johnson was reportedly paid $5.5 million to reprise the role in The Scorpion King a year later. According to ComingSoon.net, it was the highest paycheck for a first-time actor.

And acting isn’t the only way Johnson makes money from the film and TV industry. He’s also the owner of his own production company, Seven Bucks Productions, which is responsible for films like Red One, Red Notice, Jungle Cruise, and Jumanji: Welcome to the Jungle. Overall, the company’s films have taken home over $2 billion in box office sales.

Johnson also receives a steady stream of income from his business investments. In March 2020, the actor launched his own tequila brand, Teremana. By 2021, he had already sold 300,000 cases. He also launched an energy drink company, ZOA Energy during lockdown.

Johnson said that launching these types of brands during the lockdown “was very challenging.” But he says despite the challenges, he learned a lot about business.” he told CNBC. “We learned that there was still a pathway to connect with the consumer, through social media.”

Johnson is also an investor in Project Rock, a fitness apparel brand, and XFL, a football league.

As he told CNN in 2021, he was proud of his business successes during the lockdown. “The [...] businesses in my portfolio have shown tremendous growth and moved along nicely in 2021 —Teremana Tequila, ZOA Energy, Project Rock, and XFL,” he said. “As for anything I would've done differently in 2021, sure, I would've listened to my gut when it was telling me to slow down a bit. Enjoy these moments even more with your family and friends, because at the end of the day these joyful moments are the s*** that really matters in life."

In 2019, the actor purchased a mansion in Georgia for over $9 million —the property was listed a year later for only $7.5 million, according to Page Six.

As of 2022, the actor lives in a $28 million villa in California, complete with 12 bathrooms and a separate guest house, a pool, a cinema, a tennis court, and a private gym.

According to an unofficial report, Johnson’s various brand collaborations have probably contributed about $50 million towards his net worth. Over the years, he’s partnered with Ford, Under Armour, and Got Milk.

The Rock has over 16 million Twitter followers, and over 340 million Instagram followers. On Instagram, he could earn about $1 million for every sponsored post. Luckily, Johnson seems to love spending time posting on social media. In fact, he told Tech Crunch that getting Twitter was “one of the greatest things” he ever did as it allowed him to connect with fans and “strip away the business of it all.”

What is Dwayne Johnson’s Net Worth?

Celebrity Net Worth estimates that Johnson has a net worth of $800 million thanks to his successful acting career, endorsements, businesses, and social media posts. Not bad for someone who started out with only $7.

More like this
David Beckham’s Controversial Qatar Deal Skyrocketed His Net Worth
By Catharina Cheung
Emily Atack’s Net Worth Would Make Charlotte Hinchcliffe Proud
By El Hunt
Jennifer Coolidge Hunted For Jewels & Lashes In J.Lo’s Hotel Room
By Jake Viswanath
Keke Palmer Shares The Sex Of Her & Darius Jackson's Baby
By Jake Viswanath
Get Even More From Bustle — Sign Up For The Newsletter
From hair trends to relationship advice, our daily newsletter has everything you need to sound like a person who’s on TikTok, even if you aren’t.