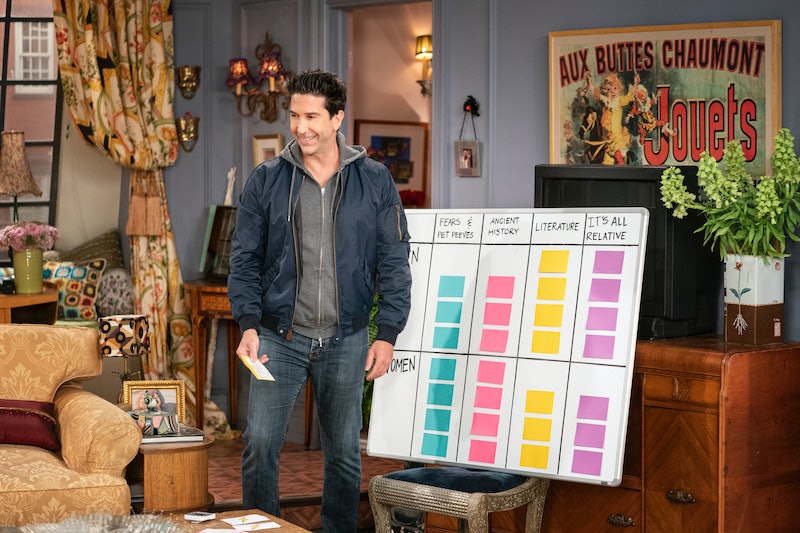 Sure, Friends may have gone on for 10 seasons and 236 episodes, but there’s still so much more material left to wonder about — especially since the series ended with several of the characters at significant crossroads. Last we checked in, Rachel and Ross were finally back together, with Rachel’s new fashion job in the balance; Chandler and Monica were moving out to the suburbs with one more baby than they bargained for; Phoebe and Mike were thinking about growing their own family; and Joey, well, he had a room set aside for him at Chandler and Monica’s should acting not work out.

Of course, the creative forces behind Friends have long ruled out a scripted reboot where we might find out what happened next. As co-creator David Crane told writer Saul Austerlitz, the show was always about “that time in your life when your friends are your family,” so the central conceit doesn’t quite work if Friends becomes a multi-household sitcom. But the cast has some ideas anyway, which they shared ahead of the May 27 Friends reunion for HBO Max.

“I would like to have maybe started a clothing line of my own, and it's sort of a small franchise,” Jennifer Aniston told People of her plans for Rachel. “Like a Nili Lotan. And I live in New York City on the Upper East Side.”

Ross, on the other hand, might not be as financially secure — David Schwimmer said the paleontologist might have invested much of his kids’ college savings in a failed sandwich business for Joey, who Matthew Perry thinks would have “eaten all the sandwiches” himself. At least it had a cool name while it lasted: “Bronto-burger,” Matt LeBlanc offered, a “dinosaur-themed sandwich shop.” Another alternative ending for Joey: “Brain-dead and in the unemployment line,” LeBlanc stated to Entertainment Tonight. Um, okay. Dark.

Perry told People that Chandler “would be a wonderful father and a wonderful comedy writer” and also suggested to ET that he’d be “involved in the computer world somehow but we don't know why.” Surely, there’s work for “transponsters” in 2021.

“Monica would be doing something competitively with other mothers and trying to outdo them,” Courteney Cox told People. “Whether it's the bake sale at school or something ... she'd be so annoying. She'd be at the head of the PTA or something.”

For the playful Mike and Phoebe (formerly known as Crap Bag and Princess Consuela Banana-Hammock), Lisa Kudrow imagines they’re raising kids together in Connecticut while Phoebe is helming the school arts program. She’s “the advocate for her kids because they’re different like she was,” Kudrow said.

More like this
The Banned 'Friends' Ad Shows Monica As You’ve Never Seen Her Before
By Sam Ramsden
The 8 Best Aidan Shaw Moments On 'Sex And The City'
By Grace Wehniainen
Ashton Kutcher Wants Danny Masterson “To Be Found Innocent” In Rape Retrial
By Jake Viswanath
At 28, Debra Jo Rupp Was Living A Much Different '70s Show
By Grace Wehniainen
Get Even More From Bustle — Sign Up For The Newsletter
From hair trends to relationship advice, our daily newsletter has everything you need to sound like a person who’s on TikTok, even if you aren’t.