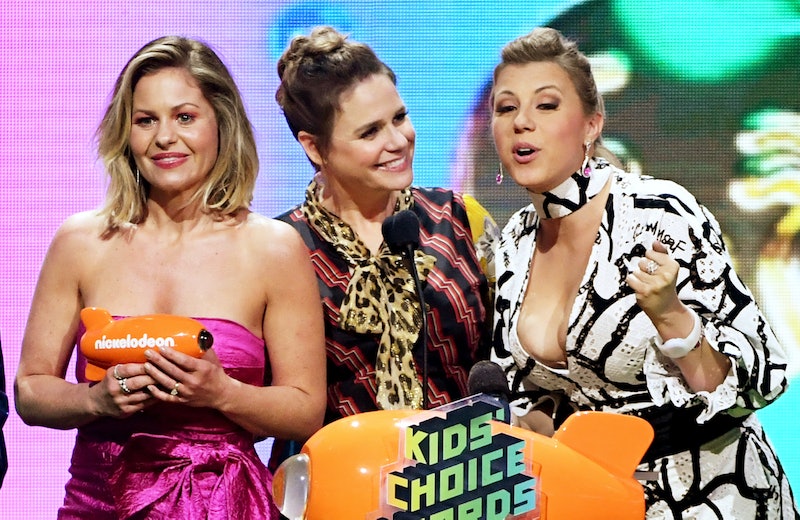 Could Full House get any fuller? Maybe. The Full House cast recently reunited at the first-ever ’90s Con in Hartford, Connecticut, and several stars of the original sitcom and its sequel series, Fuller House, said they would be on board for a second spinoff. “I think we would in a heartbeat,” Dave Coulier, who played Uncle Joey, told Today at the conference. “Like, OK, we’ll do Fullest House.” Andrea Barber, who played Kimmy Gibbler, admitted that it would be “hard” to do a new iteration without their late co-star Bob Saget, who died in January, but she thinks “Bob would want that.”

If Fullest House were to become an actual series, the cast believes Saget’s presence would still be felt. “One of the greatest legacies that [Saget is] going to leave, is that he gets to be America’s dad, and people get to take that memory away,” Candace Cameron Bure, who played DJ Tanner, added. “That will never go away.”

Coulier said it’s difficult to talk about the show and gather at ’90s Con without Saget. “He was such a huge part of our family,” Coulier said. “And he was the central figure that always brought us together.” Scott Weinger, who played Steve Hale, added, “I was scrolling through our texts and it was like, ‘I love you. I love you so much. I love you.’ [Saget] never missed a chance to say it.”

Full House premiered on ABC in 1987 and ran for eight seasons until the series finale in 1995. Meanwhile, Fuller House premiered on Netflix in 2016 and ended in 2020 with its fifth and final season. Netflix reportedly canceled the show due to poor viewership.

“I would play DJ Tanner for the rest of my life,” Bure told E! News in 2018. “If the audience wanted it and the networks wanted it, I would do it forever.”

Prior to ’90s Con, the cast was excited to reunite. “This may sound kind of sappy, but we really do love each other,” Coulier told E! News. “We’ve been through everything together — births, deaths, marriages, divorces, our shows being picked up and canceled. We’re a real family on and off camera.”

Mary-Kate and Ashley Olsen, who played Michelle Tanner on Full House, were not present for ’90s Con and were not in Fuller House. But like the rest of the cast, the 35-year-old twins released a statement following Saget’s death. “Bob was the most loving, compassionate and generous man. We are deeply saddened that he is no longer with us but know that he will continue to be by our side to guide us as gracefully as he always has,” they wrote in a joint statement. “We are thinking of his daughters, wife and family and are sending our condolences.” The twins were the only main cast members who didn’t return for Fuller House.