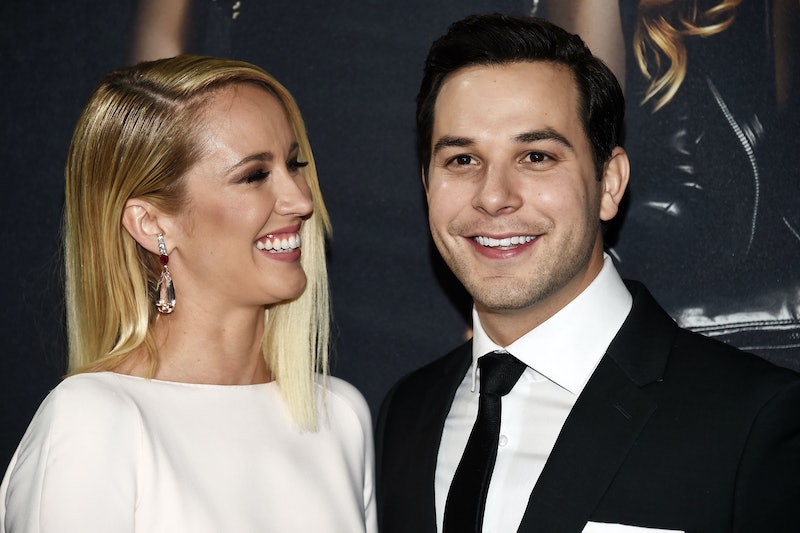 For years, viewers have been clamoring for certain fan-favorites to return to Grey Sloan Memorial Hospital, but Grey’s Anatomy has other plans. Time and again, the Shondaland series proves that just when you think it’s going to zig (read: finally end), it zags — toward another season and the direction of a new recurring cast member. Zoey’s Extraordinary Playlist star Skylar Astin is the latest to join Season 18 in a new recurring role. (He follows in the footsteps of his Playlist costar Peter Gallagher, who also graced the show’s 18th season a few episodes back as Dr. David Hamilton.)

On Wednesday, March 3, Variety reported that Astin would be joining the cast beginning on the March 24 episode. Per the outlet, he’ll be playing the “charming and handsome” Todd Eames, who “holds a Ph.D. in environmental sciences and loves a good spreadsheet.” His connection to Grey Sloan Memorial comes from his sister, who’s a pregnant patient there.

Astin’s addition to the cast is sure to spice up the medical drama a bit. He might even have a potential romantic arc with OB-GYN resident Jo Wilson, played by Camilla Luddington. They will likely be bumping into each other, especially if the single mom MD cares for Todd’s sister. Jo’s love life has been a little tumultuous recently, especially after her divorce and recent hookup with her friend Atticus Lincoln (Chris Carmack).

It’s unclear how long the Pitch Perfect star will stay on the show — or if he’ll be singing in an upcoming episode. (Grey’s Anatomy already wrote an iconic musical episode in 2011, but it’s been a decade, and fans may be up for an encore.) If his character stays throughout the next season, Astin may be on long enough for other characters to make comebacks, especially as the series leans closer to a finale.

Should the time come, Jesse Williams, who plays Dr. Jackson Avery, is an actor likely to reprise his role after leaving the show in 2021. Telling Entertainment Tonight he’d “consider” coming back, he said, “He still exists in the world of the show. So, yeah, it’s totally a possibility.”