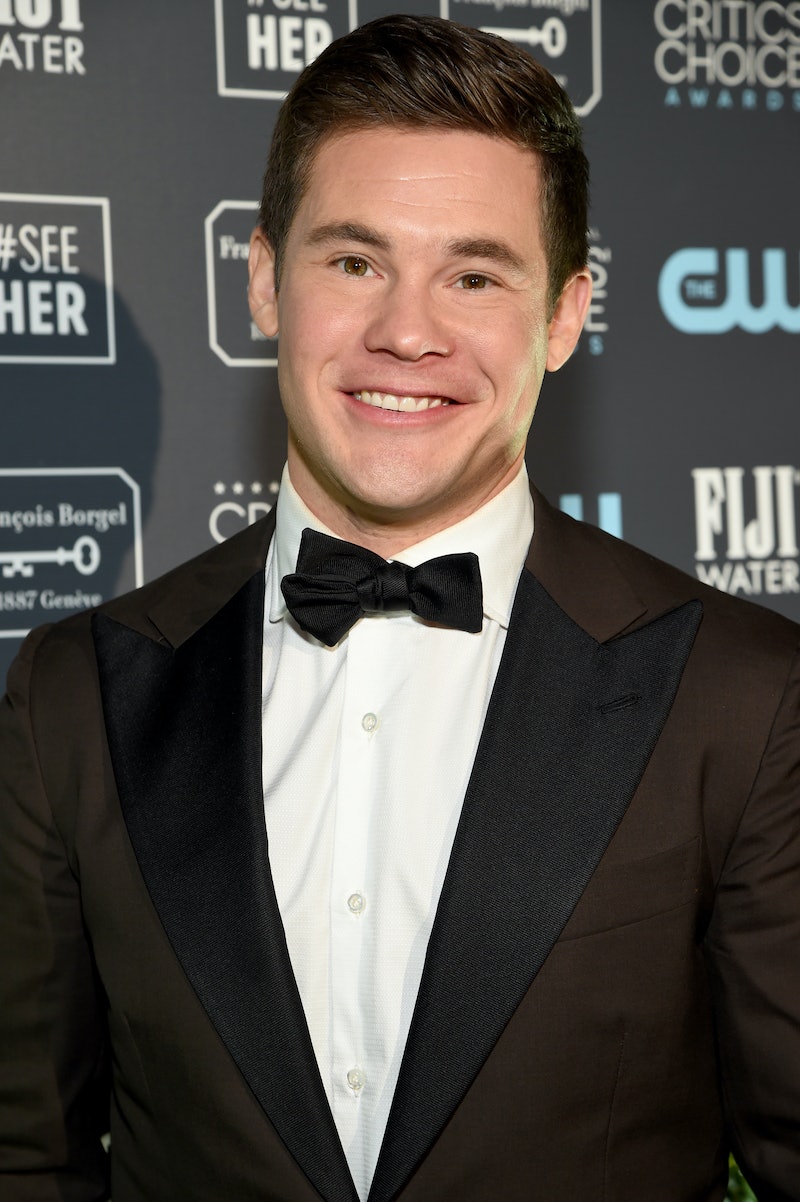 If it’s been too long since you sang along to the acapella stylings of the Barden Bellas, Treblemakers, and co., you’re in luck — a Pitch Perfect TV series is on the way. The new series, announced by Variety on Sept. 21, will debut on Peacock and “is set several years after the events of the films.” And for Pitch Perfect fans who are wary of a Barden reboot trying to replicate the original films’ charm with an all-new class, rest assured this is a true continuation of the Pitch Perfect trilogy’s story. Or, at least, one of its most memorable characters: Bumper Allen.

Adam Devine will be back as the former head Treblemaker “who moves to Germany to revive his music career when one of his songs becomes big in Berlin,” according to Variety. So maybe it’s finally time for Bumper’s big break. Or maybe his international tour will be as beautifully ridiculous as his stint on The Voice. Which, if you remember from Pitch Perfect 2’s mid-credits scene, actually turned out OK.

Devine isn’t the only talent from the original three films returning for the Pitch Perfect series. Elizabeth Banks herself, who produced (and appeared in) all three installments, will be one of the series’ executive producers. She’ll be joined by the Emmy-nominated Good Place writer Megan Amram, who will serve as showrunner.

Here’s everything we know about the new series so far, including whether or not additional Pitch Perfect alums might join the project.

Bumper and Amy’s enemies-to-lovers arc delivered some of the Pitch Perfect films’ most hilarious moments, so it’s natural to wonder if Rebel Wilson will also reprise her role. Though the couple wasn’t together by the end of the trilogy, their real-life counterparts are very much still friends. Not only did Devine and Wilson star together in 2019’s Isn’t It Romantic?, but they still hang out, too. They attended the Super Bowl together earlier this year, and Devine called Wilson his “work wife.” Not to read too much into things, but here’s hoping for more Amy (even just a cameo!) in the new Pitch Perfect series.

Also reprising his role from the original trilogy is Flula Borg as Piëter Krämer, a member of Germany’s popular singing group Das Sound Machine, which faced off with the Bellas at the Acapella World Championship in Pitch Perfect 2.

On March 4, Peacock revealed several other cast members for the forthcoming series, per Variety. Jameela Jamil (The Good Place) will portray a confident rising German pop star named Gisela, who’s both Piëter’s ex-girlfriend and Bumper’s biggest rival at the German Unity Day concert, determined to steal the spotlight. Sarah Hyland (Modern Family) is set to appear as Piëter and Bumper’s awkward and peppy American assistant Heidi, who secretly hopes to become a singer-songwriter in her own right and performs self-written songs in a Berlin cabaret on the down-low. Lera Abova (Anna) will play the ultra-cool DJ Das Boot, a successful Berlin performer and music producer who’s also Piëter’s sister.

Whether or not anyone else from the trilogy’s star-studded cast, which included a pre-Dear Evan Hansen Ben Platt as Benji, returns remains to be seen.

Beyond the show following Bumper’s move to Germany to fulfil his musical ambitions, there are no specific plot details just yet. Still, you can expect all “the quirky, laugh-out-loud sensibility [you] loved in the film franchise,” said Susan Rovner, chairman of entertainment content for NBCUniversal Television and Streaming.

Peacock has not yet announced a release date for the Pitch Perfect series. Given that the project is in its early stages, a trailer could still be some time away, too. In the meantime, you can indulge your 2012 self (yes, Pitch Perfect debuted nearly a decade ago) and finally learn the “Cups” routine.

This post will be updated with the trailer, release date, and additional plot details as more information on Peacock’s Pitch Perfect TV series becomes available.

More like this
The 'Hocus Pocus' Sequel Finally Has A Release Date & It Makes Total Sense
By Shannon Barbour and Radhika Menon
Everything To Know About 'My Big Fat Greek Wedding 3'
By Grace Wehniainen
All The Sneaky Lindsay Lohan Movie Easter Eggs In Her New Ad, Explained
By Stephanie Topacio Long
Jill Zarin Said Her 2011 RHONY Firing “Felt Like A Death”
By Brad Witter
Get Even More From Bustle — Sign Up For The Newsletter