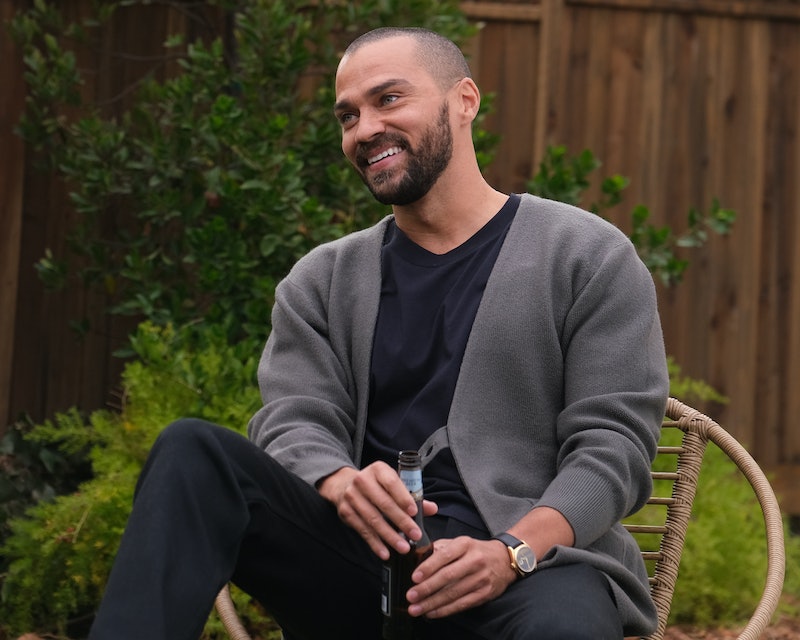 Spoilers ahead for Grey’s Anatomy Season 17. On May 20, Grey Sloan surgeons and ardent fans will have to say a teary goodbye to Jackson Avery as Jesse Williams departs the show ahead of its Season 17 finale. Fortunately, Jackson is leaving the hospital alive and well, which is rarely a given on Grey’s, preparing to head up the Catherine Fox Foundation in Boston with April by his side. Whether or not we actually get that dream Japril spinoff, it’s clear Williams has left a lasting impact on Grey’s Anatomy — saving lives and stealing hearts for more than a decade.

With cool confidence, Jackson has risked his life on several occasions. (Never forget the Gary Clark and bus explosion episodes.) He’s been both a bright source of levity and a stoic sounding board to the dramatics of Grey Sloan and its surgeons, and he most recently grappled with racial disparity in medicine — ultimately, his new mission to fight. The only thing Jackson hasn’t done is receive the honor of a Mc-nickname à la McDreamy and McSteamy, which, quite frankly, is not OK. It’s not too late to rectify, though. McCharming? McWonderful? McMarryMe?

It’s never easy saying goodbye to a beloved character — especially one as delightful as Jackson — but rewatching some of his most character-defining episodes might help ease the pain. Here are five of Jackson’s best moments on Grey’s Anatomy.

Calm. Cool. Quick-thinking. You learn almost everything you need to know about Jackson by the end of his first season on the show. In Season 6’s “Death and All His Friends,” the resident (fresh from Mercy West) selflessly helps perform life-saving surgery on Derek. With a gun pointed his way, he maintains enough composure to trick Gary Clark into thinking Derek has flatlined for good. He also uses his familiar gaze to wordlessly communicate his plan to Cristina in one of the most high-stakes moments in Grey’s history. To borrow a term from Arizona, he’s pretty much the definition of the “good man in a storm.” He would eventually take that phrase to a new, literal level a few seasons later...

His Emotional Turn On The Plastics Posse

Jackson’s friendship with Mark as part of the Plastics Posse was an unforgettable mainstay of Grey’s while it lasted. The pair’s last interaction before Mark ultimately succumbed to his plane crash injuries in “Remember the Time” was equal parts hilarious (“Sometimes when you talk, I feel like a male prostitute,” Jackson tells his friend) and heartbreaking. Mark’s parting advice to Jackson? Tell the person you love that you love them “even if you’re scared that it will burn your life to the ground.” That statement proved to be beautifully prescient just one season later, when Jackson stopped April’s wedding to confess his feelings for her.

Risking His Life During The ‘Perfect Storm’

Further proving himself as a major Grey’s hero, Jackson braved an explosion and basically walked through fire while rescuing a little girl during Season 9’s “Perfect Storm.” The moment is often remembered alongside the Japril angst that follows (for a good reason), but the selfless act stands on its own as proof of the kind of person Jackson is: brave, caring, and impulsive for all the right reasons.

After Jackson stopped April’s wedding in Season 10’s “Get Up, Stand Up,” the couple had a gleeful getaway and elopement. OK, the marriage didn’t turn out great — fortunately, Japril is still shaping up to be endgame after Season 17 — but this moment wasn’t solely a Japril shipper’s dream come true. It was about Jackson, someone who has always struggled with people’s expectations of him, finally owning up to his truth and doing something about it. Remember when April initially told Jackson he’s “not that guy” when he shared his big Boston plans with her? This episode proved that he definitely is that guy — the kind that isn’t afraid to make a splash when he listens to his heart.

Some of Jackson’s most iconic moments happened outside the hospital. He first took to the great outdoors after discovering a sort of spirituality following Nisha’s death and April’s near-fatal car accident. He later returned for a camping trip with Maggie in Season 15’s “Drawn to the Blood” (he loved it! She, not so much) and, more recently, before visiting his father in Season 17’s “Look Up Child.” It doesn’t get much more iconic than Jackson wearing a pink crewneck, sitting in a tree, and contemplating life. He seems to find a lot of peace out in nature, so here’s hoping he loves New England’s rocky coasts and charming forests just as much.