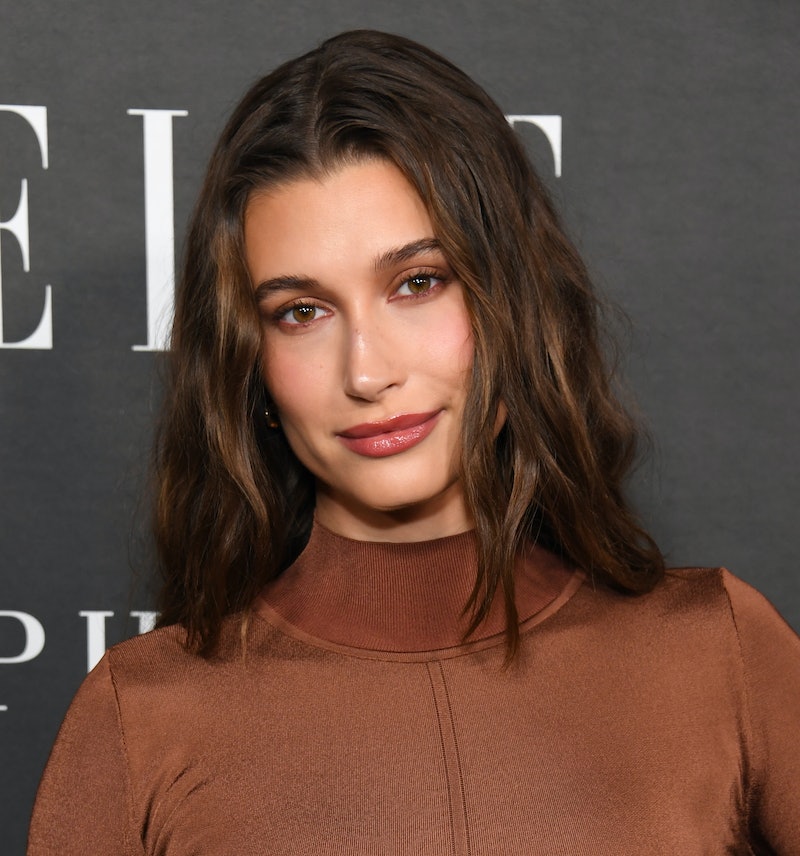 Hailey Bieber has opened up about another health issue. After suffering from a mini-stroke called a transient ischemic attack (or TIA) earlier this year, the model and Rhode skincare entrepreneur posted about an ovarian cyst “the size of an apple” on her Instagram story on Nov. 29.

Pulling up her sweater to reveal a large bump near her stomach, Bieber clarified that she has dealt with ovarian cysts before. “I don't have endometriosis or PCOS [polycystic ovary syndrome] but I have gotten an ovarian cyst a few times and it's never fun,” she wrote. Bieber is currently on vacation celebrating her birthday in Japan with her husband Justin Bieber, and made sure to shut down any pregnancy rumors with a “not a baby” caption near the cyst’s protrusion.

Bieber said that cyst is “painful and achey” and makes her feel “nauseous and bloated and crampy and emotional,” but didn’t reveal any other details about the diagnosis or any specific care needed. Still, she seemed optimistic about the path forward. “Anyways…I'm sure a lot of you can overly relate and understand,” she ended the story. “We got this.”

The Biebers have had a scary year health-wise. Bieber revealed that her TIA was caused by an undetected hole in her heart. “They found I had suffered a very small blood clot in my brain, which caused a small lack of oxygen, but my body had passed on its own and I recovered completely within a few hours,” she revealed on Instagram in March. “Although this was definitely one of the scariest moments I’ve ever been through, I’m home now and doing well, and I’m so grateful and thankful to all the amazing doctors and nurses who took care of me! Thank you to everyone who has reached out with well wishes and concern, and for all the support and love.”

This past year, Justin was also diagnosed with Ramsay Hunt syndrome which left part of his face paralyzed. “We both are dealing with older illnesses for sure," Hailey told the hosts of Live with Kelly and Ryan. “Honestly, the silver lining in the whole situation — what he went through, what I went through — is it really bonds you. I feel like we're closer than ever. It really brings us close. So I'll take that away from it.”

More like this
9 Photos Of Celebrity Couples & Unexpected Duos At The 2023 Grammys
By Jake Viswanath
What Is Mary J. Blige’s Net Worth? The 9-Time Grammy Winner Is Doing “Just Fine”
By Hugh McIntyre
Bennifer's Relationship Timeline Now Includes A Grammy Date Night
By Jake Viswanath
Lizzo Calls Beyoncé “The Artist Of Our Lives” During Her Grammys Speech
By Alyssa Lapid
Get Even More From Bustle — Sign Up For The Newsletter
From hair trends to relationship advice, our daily newsletter has everything you need to sound like a person who’s on TikTok, even if you aren’t.