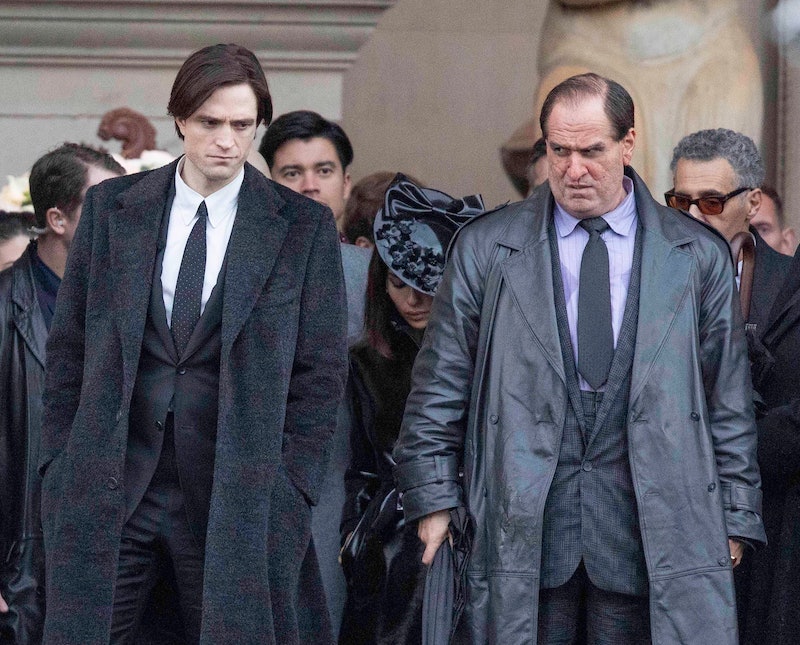 The Batman has already captivated audiences all over the world since its March 4 release, so far earning more than $258 million at the box office and becoming the third-highest-grossing film of 2022 worldwide. Starring Robert Pattinson in its titular role, the DC Films production follows Batman two years into his crime-fighting career, as he works to expose Gotham City’s corruption and battle serial murderer the Riddler (Paul Dano) before he harms the masses. Thanks to the success of The Batman, which also features Zoë Kravitz as Catwoman, Jeffrey Wright as Gotham police officer James Gordon, and Colin Farrell as budding mobster the Penguin, director Matt Reeves is already working on several spinoff projects.

Upon Pattinson’s initial The Batman casting announcement in 2019, Variety reported that several main cast members’ contracts featured options to star in future Gotham City content, including sequels and other spinoff films. “It was important that this story, even though I wanted to end in a complete sort of — beginning, middle, end — so that you had the experience, it had to end in a way that you knew it went on, because even if I wasn't going to make another movie, Batman's story continues,” Reeves recently told The Cyber Nerds. “He is doomed and compelled to continue to go on this journey to become this iconic hero. And what’s exciting is that if the audience embraces this movie, and it feels hopefully like they will, because Rob is amazing, then we’ll be able to tell more of those stories.”

While no follow-up films have been officially announced yet, Reeves has spoken at length about several spinoff series he’s looking to pursue at HBO Max. Here’s everything you need to know about potential The Batman series to come.

HBO Max announced a spinoff The Batman TV series in July 2020, set to focus on how the Gotham City Police Department’s corruption came to be, with Reeves, producer Dylan Clark, and Boardwalk Empire creator Terence Winter attached to the project. Later that year, Winter departed the series over creative differences, leaving its production status up in the air.

In an interview with the Happy, Sad, Confused podcast released March 7, Reeves revealed the show had been halted. “One thing that we’re not doing that I was gonna do... So, there’s the Gotham police show, which, that one actually is put on hold. We're not really doing that,” the director said.

Elsewhere in the interview, he gave more insight into the prequel series’ intended premise. “The series was going to be kind of like Prince of the City, where it was going to be year one because the movie is year two, and I wanted it to be the first appearance,” Reeves continued. “But it wasn't going to be a Batman story. It was going [to be] about this corrupt cop, and it was going to be about how the worst gangs in Gotham were the GCPD. And [Bruce Wayne/Batman] would have touched paths with Gordon. It would have been someone to measure him against, but it would be a battle for his soul.”

However, in another interview with The Cyber Nerds released the same week, Reeves said the idea had “evolved” into a new series centered around the villainous Arkham Asylum. “We’ve actually now [moved] more into the realm of exactly what would happen in the world of Arkham as it relates coming off of our movie and some of the characters and their origins… almost leaning into the idea of… it’s like a horror movie or a haunted house that is Arkham,” the director explained. “The idea, again the way that Gotham is a character in the movie, I really want Arkham to exist as a character. You go into this environment and encounter these characters in a way that feels really fresh. And so in our work on Gotham, that story started to evolve, and it started feeling [like], ‘Wait, we should really lean into this.’ And then that’s kinda where that’s gone.”

HBO Max’s The Batman Spinoff Series About The Penguin

In December 2021, Variety reported Colin Farrell had signed on to reprise his role as the Penguin in an HBO Max spinoff series exploring the character’s ascent to criminal power in Gotham City. Reeves, Farrell, and Clark are set to executive produce the Warner Bros. Television series, with Lauren LeFranc attached as its screenwriter.

Speaking to The Cyber Nerds, Reeves offered some more information about the Penguin’s forthcoming series. “Okay, so he becomes the kingpin, we know that. But we also know that that's not the version of this character yet. So how he ascends to becoming that character is a great sort of powerful mythic story,” Reeves said. “It's about, kind of like his American dream Gotham story, like the moment where he's kind of underestimated. People don't realize, but he does, that he has the potential in him to become the kingpin.”

Via a March 9, 2022, press release, HBO Max announced the series was officially in the works. To mark the news, Farrell teased “a little madness and a little mayhem” and said, “The world that Matt Reeves created for The Batman is one that warrants a deeper gaze through the eyes of Oswald Cobblepot. I couldn’t be more excited about continuing this exploration of Oz as he rises through the darkened ranks to become The Penguin.”

While it hasn’t officially been announced by HBO Max, Reeves spoke about the possibility of creating a Catwoman-centered The Batman spinoff series for the streaming platform during a recent press conference. “I’ve talked to the HBO Max folks,” the director said in response to a question about a Kravitz-starring project, per CBR, noting it could move forward based on the film’s success.

“What we're really trying to do is to launch this world. If the world embraces this, we have a lot of ideas for things we want to do, and for sure we want Selina [Kyle, aka Catwoman] to continue.”

This article was originally published on March 8, 2022