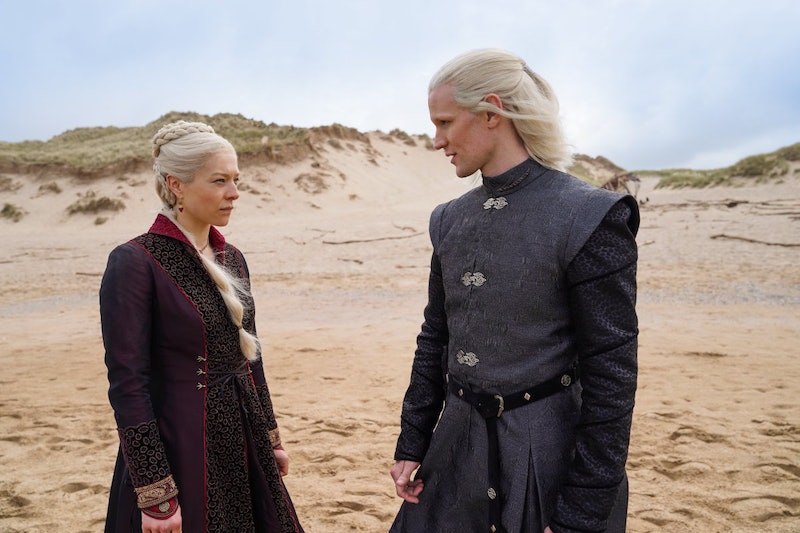 Fan-favourite mythical fiction series Game Of Thrones continues to reach audiences far and wide. As a result of its popularity, the show’s filming locations in Iceland, Croatia, and Northern Ireland have become tourist destination spots, with curated tours for dedicated fans. The series’ prequel House Of The Dragon is being met with equal fervour. The drama will showcase the Targaryen civil war that took place over two centuries before the battle of the Seven Kingdoms that we witnessed in Game Of Thrones. But where was the House Of The Dragon filmed?

Previously, HBO confirmed that the fantasy series would be produced primarily in the Warner Bros Leavesden Studios in Watford. The sets were constructed here, including an LED video stage to add real time backgrounds while filming. But fret not, the shooting wasn’t restricted to the walls of the studio. As expected, the cast and crew also travelled significantly to shoot scenes.

The old town of Cáceres in Spain, where part of Game Of Thrones Season 7 was filmed, was revisited. The location was used to portray the Lannister family’s stronghold, King’s Landing, and will continue to represent its streets in the new series. Additionally, House Of The Dragon shot in Monstanto village in Portugal, often dubbed the City of Stones. As per Portugal Film Commission, the nearby castle Penha Garcia is featured in the prequel too.

Early in 2021, Matt Smith, the actor who plays Prince Daemon Targaryen was spotted filming at the Holywell Bay Beach in Cornwall. In fact, the sandy beach also makes an appearance in the teaser images for the series. The area is famously known as Poldark’s beach for being a consistent backdrop in the BBC drama Poldark. Other filming locations include the scenic Peak District Village in Derbyshire and Caesar’s Camp, a hill fort between Surrey and Hampshire.

A television adaptation of George R.R. Martin's 2018 novel Fire And Blood, the series has been widely anticipated by fans since it was first announced in 2019. And if Game Of Thrones’ visually beautiful locations are anything to go by, we should add its prequel’s filming spots to our bucket list sooner rather than later.

House Of The Dragon starts Monday 22 August on Sky Atlantic