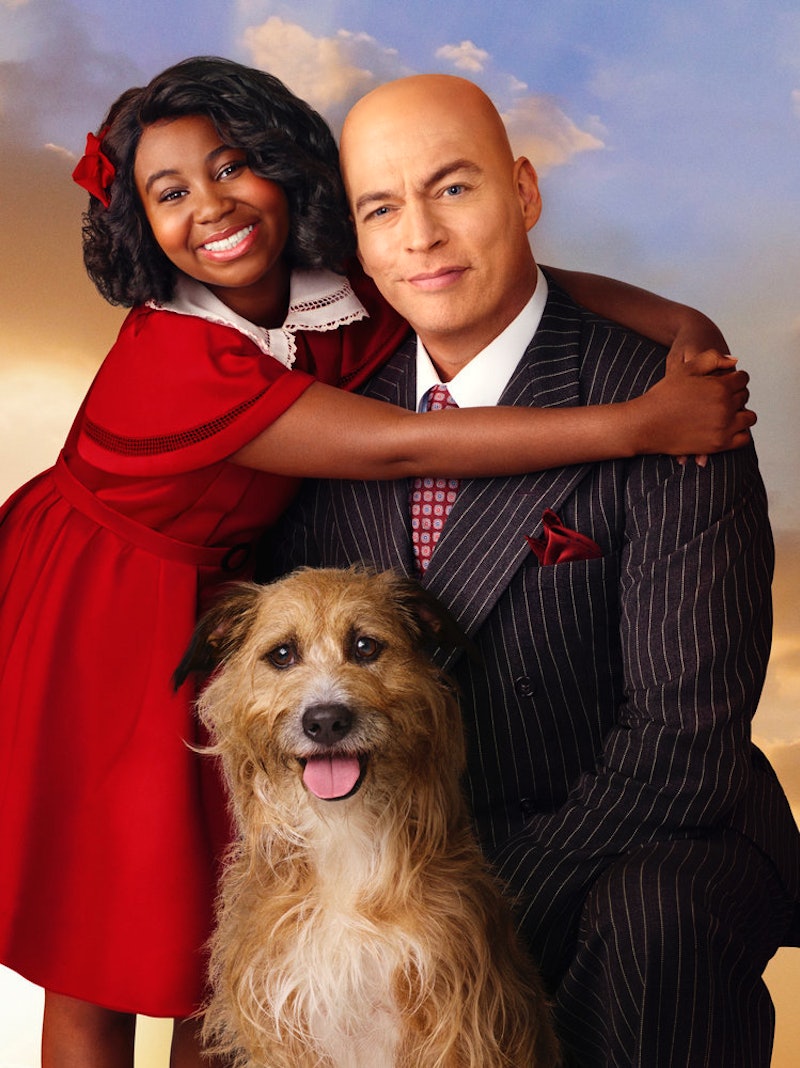 The sun and NBC’s Annie Live! are both coming out, with the latter premiering Thursday, Dec. 2. The TV adaptation of the Tony award-winning musical features a number of stars, including Harry Connick Jr. as Daddy Warbucks, Taraji P. Henson as Miss Hannigan, Tituss Burgess as Rooster Hannigan, Nicole Scherzinger as Grace Farrell, and Young Dylan’s Celina Smith as Annie. It’s going to be a major viewing event and breakout moment for Smith that’s well worth watching. But even if you’re not able to catch it live, there are more ways to watch after the broadcast.

As Yahoo! Entertainment pointed out, Annie Live! marks a return to the live TV musical format since 2019, when Auli'i Cravalho and Amber Riley starred in ABC’s The Little Mermaid Live! The most recent live musical release on NBC was in 2018 with Jesus Christ Superstar Live!, starring John Legend and Sara Bareilles. Annie Live! follows a string of previous onscreen retellings of playwright Thomas Meehan’s famous Broadway production from 1977 and the original comic strip. The rags to riches story of orphan Annie and her dog Sandy reached film audiences in three different decades as well. The latest Annie movie adaptation took place in 2014 with Quvenzhané Wallis in the leading role. The torch has now passed on to Smith, who told Access Hollywood in August that she was “on the verge of peeing her pants” after learning she nabbed the part for NBC’s live musical version.

READ NEXT: Twitter Is Crying Happy Tears For ‘Annie Live!’

“Just the history behind Annie and the meaning of it, I think it shine[s] a light, especially during this time. I think it’s just the coolest project to be a part of, just because of the message that it spreads,” added Smith.

The adored Depression-era tale will bring a high amount of eyes to NBC on Dec. 2, as Annie’s message about optimism in the face of hardship is relevant in the current global health crisis. As co-producer Neil Meron states, per The New York Times, Annie Live! “seems to have come at the right time.”

Viewers will have only one chance to watch Annie Live! in its first and only live broadcast run on TV, NBC’s website and app, Hulu’s live TV package option, and other streaming platforms. Thankfully, there will be other ways to view the musical event after the live broadcast on a handful of streaming platforms. Per Decider, the holiday special will be available on Hulu, Peacock, and NBC.com on Friday, Dec. 3.

Even with all the different ways to watch Annie Live! after its initial airdate, Henson suggested fans record the show “if you don’t want to get left out of the water cooler conversation the next day.”