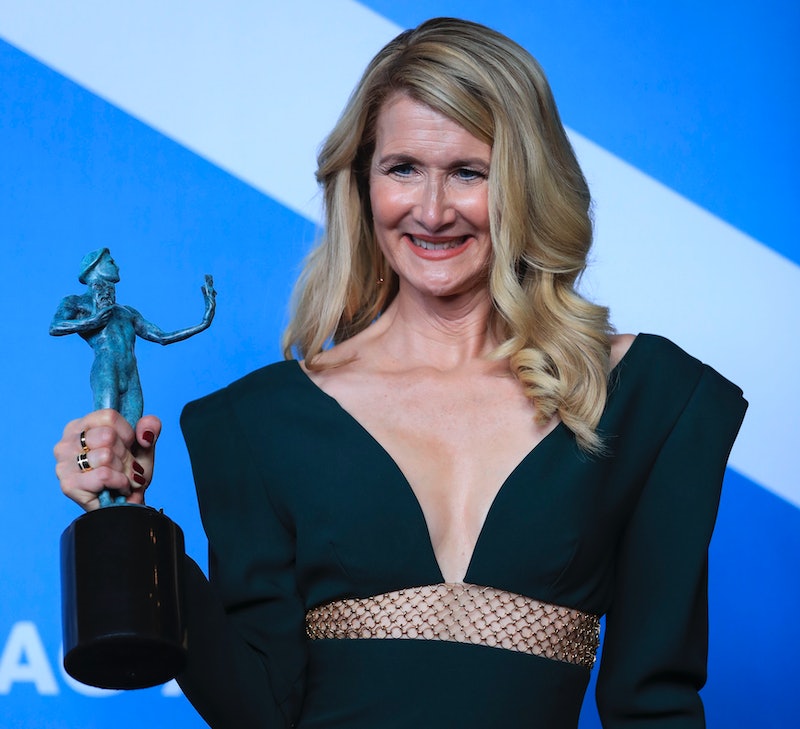 With this year’s Grammys and Golden Globes airing months after their originally scheduled dates due to complications caused by the COVID-19 pandemic, it’s clear that the 2021 awards season is an unconventional one. The annual Screen Actors Guild Awards ceremony usually goes down in late January, but this year it had to be postponed twice — first to March 14, a slot that conflicted with the 2021 Grammys’ rescheduled date. Now, the show will be broadcast on April 4 at 9 p.m. EST, and you can tune in to TNT or TBS to watch it.

Nominees in the 2021 SAG Awards’ film categories include Amy Adams and Glenn Close for their performances in Netflix’s Hillbilly Elegy, Gary Oldman and Yuh-jung Youn for Lee Isaac Chung’s semi-autobiographical drama Minari, and Carey Mulligan for her starring role in the dark feminist comedy Promising Young Woman. Actors recognized for their work on television include Anya Taylor-Joy and Bill Camp of Netflix’s hit series The Queen’s Gambit; Gillian Anderson, Olivia Colman, Emma Corrin, and Josh O’Connor for period drama The Crown; and Michaela Coel for HBO Max’s I May Destroy You, which she created, wrote, directed, and starred in.

This year’s SAG Awards will be held virtually, but unlike the aforementioned award shows, which ran for three-plus hours each, it’ll be presented as a pre-recorded, hour-long ceremony. That way, you don’t have to stay up all night to find out if Mank takes home all 10 of its nominations. Additionally, the show will not feature a red carpet, hosts, or even a set, which means there’s essentially no chance Brad Pitt and Jennifer Aniston will break the internet with another writst grab like they did last year. Instead, the ceremony will consist of taped comedy bits as well as the SAG Awards’ traditional “I Am An Actor” speeches from nominees, per Variety. All thirteen awards will be handed out over Zoom prior to April 4, and the footage will be aired during the ceremony, which will also include an “In Memoriam” segment.

The show will air on TNT and TBS, but if you don’t have cable, don’t worry. You can stream the 2021 SAG Awards through services including Hulu or YouTube TV that offer live TV add-ons or directly through TNT and TBS’ websites.

A few weeks after the SAG Awards hand out their trophies, the 2021 Oscars will have their moment in the spotlight. The Academy Awards have gone back and forth between their controversial in-person attendance requirements and virtual plans. It seems those details are everchanging, especially as some officials are expecting another possible COVID-19 surge. Time will tell how that all shakes out, but for now, it looks like the SAG Awards at least have a solid, distanced plan in place.