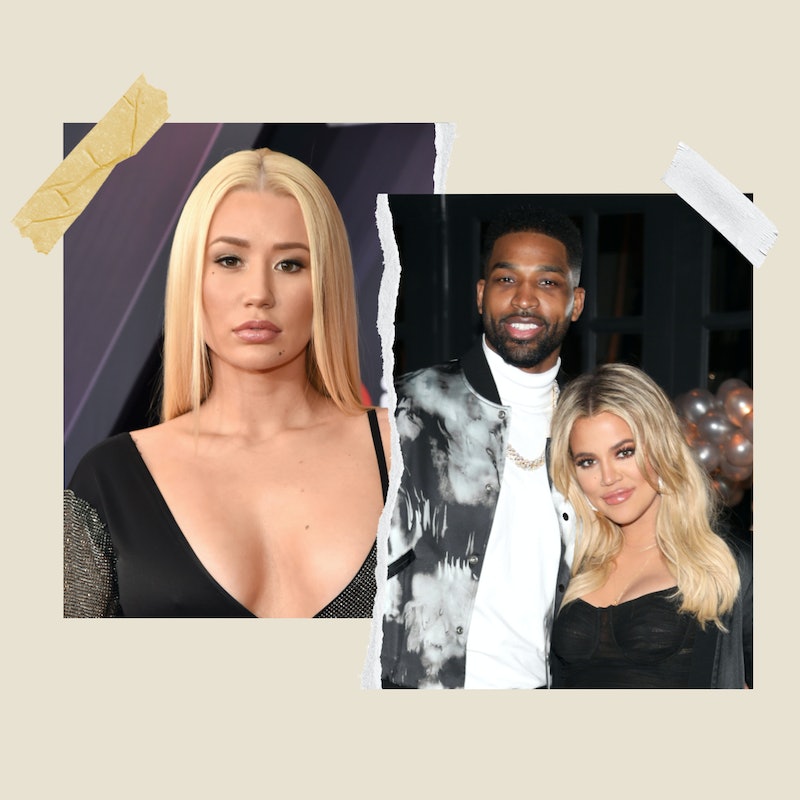 Iggy Azalea is so not here for the rumors that she’s sleeping with basketball star Tristan Thompson. In a recent “news brief” on TikTok, blogger and YouTuber Tasha K suggested that the “Problem” rapper and the athlete were each other’s “type” and that they were “f*cking.” However, in a series of tweets published on Aug. 22, Azalea called the rumors “fake news” and insisted that she and Thompson have never even met.

“Very weird fake news making the rounds about me dating a man I’ve literally never met a DAY in my life.... Like.... y’all are really that bored?!?!” she wrote. “Shit is very, very weird behavior.” In a separate tweet, the 31-year-old musician went on to say that she’s “never even been in the same building” as Thompson, who’s been in an on-again, off-again relationship with Khloé Kardashian since 2016. “I DO NOT KNOW THAT PERSON,” she continued.

Azalea explained that although the rumors are false, they still negatively impact her life. “Making up baseless lies about people for fun is lame because I’m a real person with my own private life that gets disrupted by bullsh*t, so I’m actually annoyed” she tweeted. The “Fancy” artist also took the opportunity to remind her followers that they don’t know anything about her other than what she chooses to share online.

“At the end of the day, none of you online know my personal life or who I have privately questioning a rumor like that,” she added in a now-deleted tweet captured by Daily Mail. So let someone like on YOUR p*ssy if you like. But I don’t f*ck with letting lies live that [affect] my real life.”

This isn’t the first time that Thompson has been accused of cheating. In 2018, reports surfaced shortly before Khloé gave birth to their daughter True that he was unfaithful to her on a regular basis. The following year, the Sacramento Kings player was caught cheating again with Kylie Jenner’s then-best friend, Jordyn Woods. Most recently, Khloé and Tristan split in June when he was spotted entering a bedroom with multiple women at a house party in the Bel Air neighborhood of Los Angeles.

Earlier this month, In Touch Weekly reported that the Good American founder and the 30-year-old NBA star rekindled their romance. However, when one of Kardashian’s followers accused her of having no “self-worth,” she clapped back and seemingly shot down the reports that they reconciled. “You’re telling me you made an assessment about my life because of a random blog?” she wrote. “I think that says more about you than it does about me.”

Khloé wasn’t the only one who responded to the rumors; Tristan did, too. “Gossipers are worse than thieves because they attempt to steal another person’s dignity, honor, credibility, and reputation, which are difficult to restore,” he tweeted. In a separate tweet, he shared some words of wisdom. “When your feet slip, you can restore your balance,” he wrote. “When your tongue slips, you cannot recover your words. Act accordingly.”