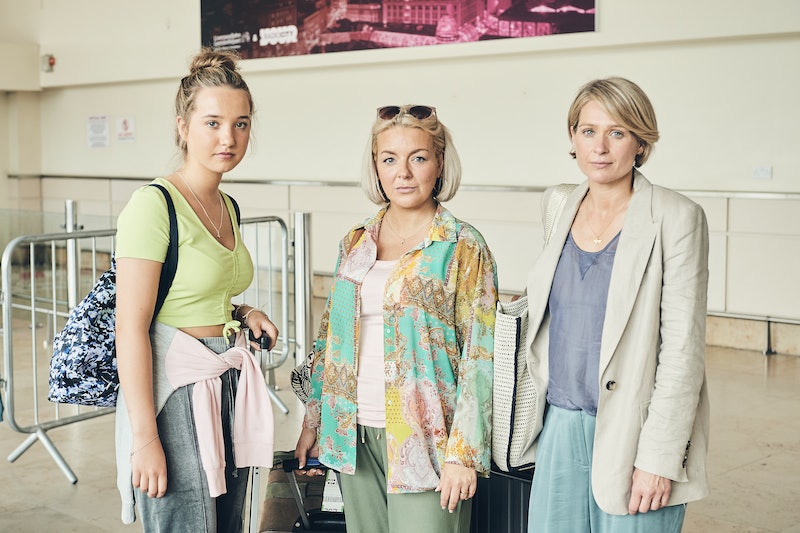 Brand new ITV mini-drama No Return – airing for the first time on Feb. 7 – follows a family’s all-inclusive mini-break to Turkey, which takes an unexpected turn after their teenage son Noah accepts an invite to a beach party. Afterwards, he’s arrested on suspicion of sexual assault, and faces up to fifteen years in prison. But is No Return based on a true story?

Revealing the inspiration behind the show, screenwriter Danny Brocklehurst said the plot is based on the experiences of a friend “who had been tangentially involved in something of a similar nature where a relative of theirs had been caught up in a foreign legal system. He told me about the details of this event on a walk we were on one day. I just listened to it as a story that had happened to somebody,” Brocklehurst explained in an ITV press release.

The screenwriter, known for his previous work on Brassic, The Stranger, and Come Home hopes that people watching the show will relate to the premise - an everyday story which suddenly spirals. “It will have that connection,” he said. “Because it’s just such an ordinary situation. We all go on holiday, be it to Scotland, Spain or Turkey. And the idea of that holiday turning into a nightmare and being caught up in a system you don’t understand is very tangible in people’s minds.”

He also added that Kathy and Martin (the couple played by Sheridan and Jibson) are loosely based on an amalgamation of various other couples. “I used not people I know, necessarily,” he said, “but templates of couples. To try and create realistic relationships.”

The show explores topics such as consent, family, the justice system, and the media, and stars Sheridan Smith (Gavin & Stacey, Benidorm), Michael Jibson (Star Wars: The Last Jedi, Last Night in Soho), Louis Ashbourne Serkis (The Kid Who Would Be King), and newcomer Lily Sutcliffe as the four-part story’s central family.

More like this
Twitter Is Burning As Phoebe Dynevor Reveals Daphne’s 'Bridgerton' Exit
By Sophie McEvoy
Everything To Know About The 'Daisy Jones & The Six' TV Series
By Maxine Harrison and Brad Witter
'Happy Valley' Recreated This Moment From S1 In Its Penultimate Episode
By Sophie McEvoy
'The Last Of Us' Has Officially Been Renewed For Season 2
By Darshita Goyal
Get The Very Best Of Bustle/UK
Sign up for Bustle UK's twice-weekly newsletter, featuring the latest must-watch TV, moving personal stories, and expert advice on the hottest viral buys.