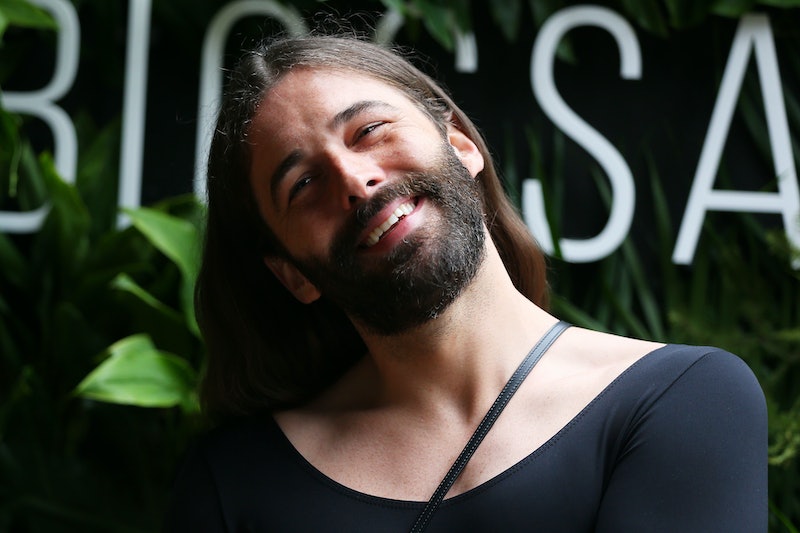 When Netflix's Queer Eye reboot premiered in February 2018, Jonathan Van Ness was the only single member of the Fab Five. That's changed over the course of the last five seasons, but currently, Van Ness doesn't seem to be dating anyone. He did have a lot of fun trying to convince fans he wasn't single though.

In July 2019, Van Ness and his Queer Eye costar Antoni Porowski sparked dating rumors by creating a couple Instagram account and posting several photos of them getting cozy together. However, they later tweeted that it was all a joke. "Also for clarification, @antoni & I are a couple.... of very close friends who run a satirical couple account and may fall in love someday, but that day is not necessarily today," Van Ness tweeted on July 31.

There was a point while Queer Eye was airing, however, that Van Ness was in a relationship. According to E! News, he began dating Wilco Froneman in July 2018 after meeting the rugby player at a Fourth of July party, but announced their breakup five months later. Per People, Van Ness suggested in a deleted Instagram post that Froneman had cheated on him, writing "cheatersneverprosper." He expressed regret over his post in a follow-up Instagram story, sharing that "Wilco is a good person & sometimes things don't work out."

Since then, Van Ness has continued to champion self-love and be his most authentic self. He came out as nonbinary last June, though he still prefers he/him pronouns. He also revealed that he's HIV-positive in a September New York Times interview and in his memoir, Over the Top: A Raw Journey to Self-Love. At the time, he explained that he was healthy and an out and proud "member of the beautiful H.I.V.-positive community."

As Van Ness has said before, he struggled while growing up gay in a small, Midwestern town. But today, he seems more comfortable with and proud of himself than ever, which is a wonderful headspace to be in whether he's single or dating someone.

This article was originally published on July 18, 2019