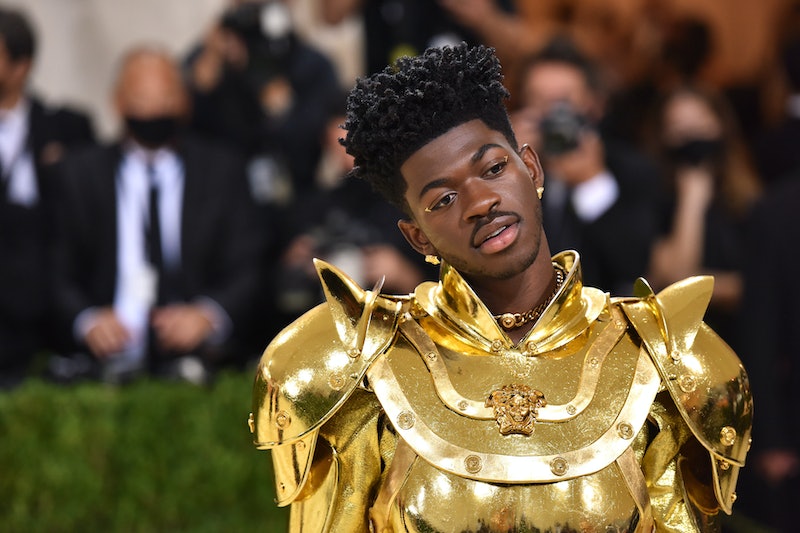 Lil Nas X is single, but he’s not quite ready to mingle. On Wednesday, Sept. 29, the Montero (Call Me By Your Name) rapper appeared on SiriusXM’s Andy Cohen Live, where he revealed that he’s no longer in a relationship. “I was seeing someone,” he said. “Um, I kind of decided I didn’t want to anymore.” This update comes roughly one month after the “Industry Baby” artist gushed over his now ex-boyfriend in an August interview with Variety.

“Before fame, I didn’t really have a sexual life besides one person or two,” he told the outlet, admitting that being a celebrity has made things “a lot more interesting.” “I’ve had some good boyfriends, some bad ones,” he added. “A lot of them emotionally unavailable and whatnot. A lot of insecurity between them. But yeah, I found somebody special now.” The “Old Town Road” artist didn’t elaborate on his boyfriend’s identity, but fans were sure they figured it out.

Rumors began swirling months ago that Lil Nas X was dating his backup dancer, Yai Ariza. Relationship speculation first began after the rapper performed Michael Jackson’s “Remember the Time” at the BET Awards in June. To mark the end of his ancient Egypt-themed performance, Nas kissed Ariza onstage, which sparked a ton of backlash online. In response, the rapper called out those who work overtime to make sure straight people feel comfortable.

“Y’all hate yourselves so much,” he tweeted. “Y’all live your lives trying your best to appease straight ppl. Y’all are uncomfortable with what I do because y’all are afraid they will be uncomfortable with you. Work on yourselves, I love who I am and whatever I decide to do. Get there.” It’s worth noting that it took the rapper a while to get where he is now. After coming out on Twitter in June 2019, he told Time that he feared that coming out would alienate his fan base.

Elsewhere in his Variety interview, Nas went on to explain that homophobia used to have a huge impact on how he felt about himself. “It bred a lot of self-hate, but it also made me stronger once I started getting over it,” he said. “I was 17 or 18 [when] I finally accepted [being gay], and slowly, more and more, I’ve grown into that person who is 100% open with it.” In a 2019 interview on The Ellen Show, the rapper said that coming out was ultimately an easy decision because it would inspire other young LGBTQ+ people to do the same.

“I’m on a new level, so it doesn’t really matter, I guess,” he told the talk show host at the time. “And also, just how it will be good for the young’uns who are listening to me right now, who are going to have to go through stuff like this in the future, know it’s all right, I guess.” In that same interview, the rapper was asked whether or not he was in a relationship. “Somewhat, somewhat,” he replied, making it clear that he was seeing someone but that it was nothing serious.

Now, the rapper seems to be taking a break from dating altogether. “I don’t think I want any guy right now,” he told Cohen when asked what kind of guy he’s looking for. “Maybe I’m floating around right now. I just want to work on music and every now and then, you know, maybe I’ll kiss a guy, every blue moon.” But regardless of whether he’s looking, Cohen suspects that there are “thousands of people applying for the job of Lil Nas X’s boyfriend.” “There are definitely a couple of people,” the rapper responded. “For sure a couple of people out there.”