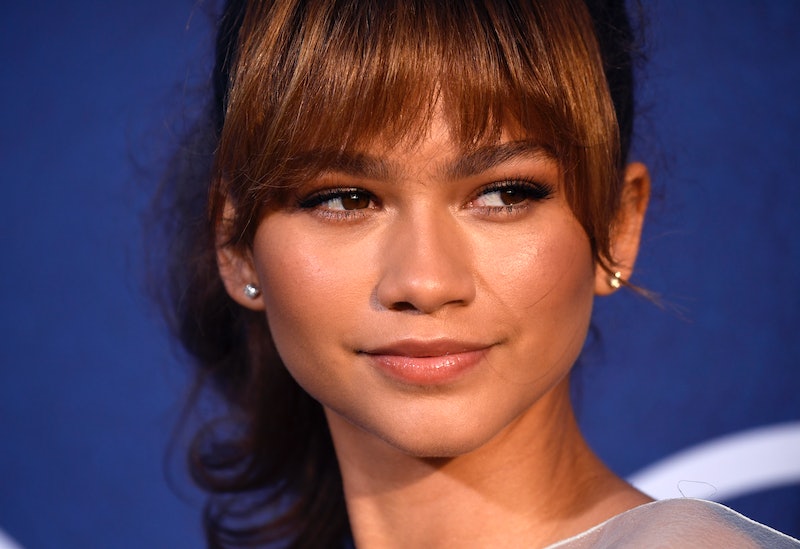 Considering her impressive ability to keep details of her personal life private, Zendaya’s dating life continues to be a subject of interest among her fans. The Malcolm & Marie star — who recently picked up her first Emmy win for her work in HBO’s Euphoria — has often been rumored to be romantically linked to her co-stars throughout the years by fans. At the moment, however, it appears that the actor is enjoying that single life.

While the two have never publicly confirmed the rumors, Zendaya was last linked to her Euphoria co-star Jacob Elordi. The two were famously spotted on vacation together in Greece in August 2019, taking in the sights at the Acropolis of Athens and frequenting a beach club. The romance rumors intensified after Zendaya and Elordi were photographed in New York last February and (seemingly) shared a PDA moment. A source told E! News at the time that the two have been “seeing each other for months now" and have been "inseparable since last summer."

However, these romance rumors were seemingly squashed when Elordi and Gerber sparked romance rumors after they were spotted holding hands in New York in early September 2020. Prior to that New York moment, the two were spotted in California, having dinner in Malibu. And, while their relationship has not been confirmed, a source told E! News that the two aren’t in a serious relationship, but have gotten quite close.

All rumors aside, the two remain friendly. Following Zendaya's historic Emmys win in September 2020 (she is currently the youngest recipient of the Best Lead Actress prize), Elordi took to Instagram Story to congratulate his co-star. "Congratulations Captain," he captioned an image of Zendaya as Rue in Euphoria. "@Zendaya Bravo."

Prior to these romance rumors with Elordi, Zendaya had also been linked to her Spider-Man co-star Tom Holland. The rumors had been circulating since July 2017, however, Zendaya shut down the rumors and told Variety in August 2017 that the two are just friends. “He’s a great dude,” she said at the time. “He’s literally one of my best friends.” She even poked fun at the dating rumors a few months prior, when she tweeted Holland about the tabloid fodder. "Wait wait...my favorite is when it says we go on vacations together HA! I haven't been on a vacation in years," Zendaya tweeted at the time.

Zendaya's fans have also long speculated that she has dated former K.C. Undercover co-star Trevor Jackson and NFL player Odell Beckham Jr., but the Euphoria actor has largely shut down those rumors. However, in an interview with Vogue in 2017, Zendaya revealed that she'd weathered a breakup after a four-year relationship — but kept the identity of her former partner private. “It was my first love,” she said. “It wasn’t a good ending.” She revealed she was moving on. “You know you’re OK in a breakup when your first thought is not, 'What did I do wrong?'" Zendaya said. "It’s, 'That was the dumbest decision of your life, and you’re going to regret it forever.'"