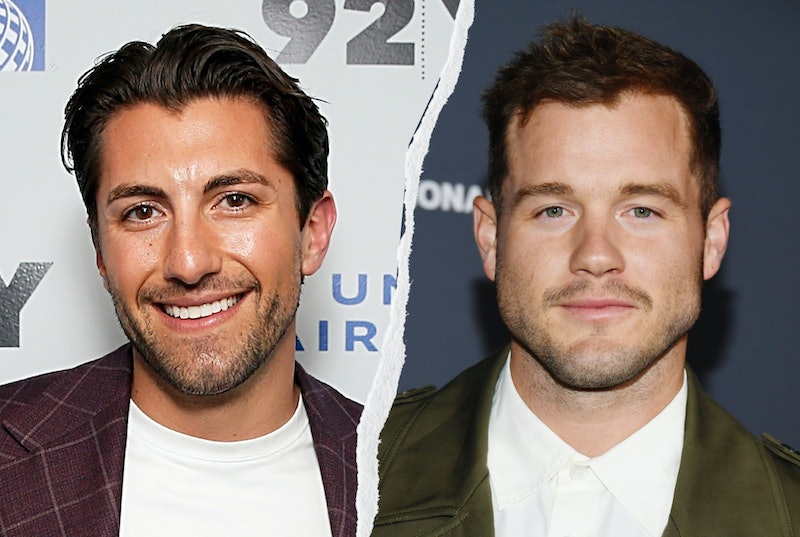 Former Bachelor Colton Underwood has been involved in some messy breakups. Ex Cassie Randolph filed a since-dropped temporary restraining order against him in September 2020 for allegedly placing a tracking device in her car. Last December, Tayshia Adams, who competed on his season, called him out for what he’s said about their Fantasy Suite date. Apparently, even some of his friendships ended messily. On Monday, Jason Tartick revealed how his friendship with Colton fizzled out — leading to mutual Instagram unfollowing.

In an episode of his podcast Trading Secrets, Jason spoke about his upcoming book The Restart Roadmap. In the book, he alleges that he, Colton, and Blake Horstmann all interviewed to be the Bachelor lead, and Colton supposedly snagged the gig by asking his interviewers if they wanted nice guys or “good TV ratings.” Jason conceded that Colton was right and that he wouldn’t have made a good Bachelor because he’s “boring” and “vanilla.” “I’m just not in the business of getting manipulated to create drama,” he said.

When asked by his guest if he still talked to Colton, Jason was quick to respond, “No, [I] don’t talk to him. Ironically enough, just found out he recently unfollowed Kaitlyn and I. Not sure why.” Jason guessed that maybe Colton unfollowed them after Cassie appeared on Kaitlyn’s podcast in March. During that Off The Vine episode, Cassie revealed she found out about Colton coming out as gay “the same way that everyone else did” — via his interview on Good Morning America. Jason added that they responded by also hitting that unfollow button. “We returned the favor.”

Jason then went on to narrate the timeline of their friendship. Calling him a “very, very calculated man,” Jason claimed Colton asked him to do interviews for shows he had in the pipeline. Saying Colton “was working every angle to get a Netflix show,” Jason added that he even offered to help his friend and did a few interviews. “I was like, ‘Dude, whatever you need, however I can help. If you need Kaitlyn, I’ll get Kaitlyn to interview. Whatever we can do to help you.”

“I interviewed for two or three things for Colton with Netflix, and then he came to Nashville in the summer, hung out with Kaitlyn and I. [He] was a little distant, I think that was when his whole thing was happening,” he continued. “He was a little aloof with where he said he would be and why. And then all this sh*t happened. I remember he FaceTimed Cassie a couple of times, which was interesting, and like, he would put it up with Kaitlyn and I.”

When asked if he still has issues with Colton, Jason responded that there are “just so many open questions.” “We were so close, and then everything happened with what he’s done to Cassie, and I haven’t talked to him.” He hasn’t seen Colton’s new Netflix show Coming Out Colton, but he said, “I’ve heard through the show he takes a lot of ownership for what happened to Cassie,” later adding, “I’m also happy that Colton, it seems like, has acknowledged that, moved on, and found happiness … And that’s where the cookie crumbles with the whole Colton situation.”