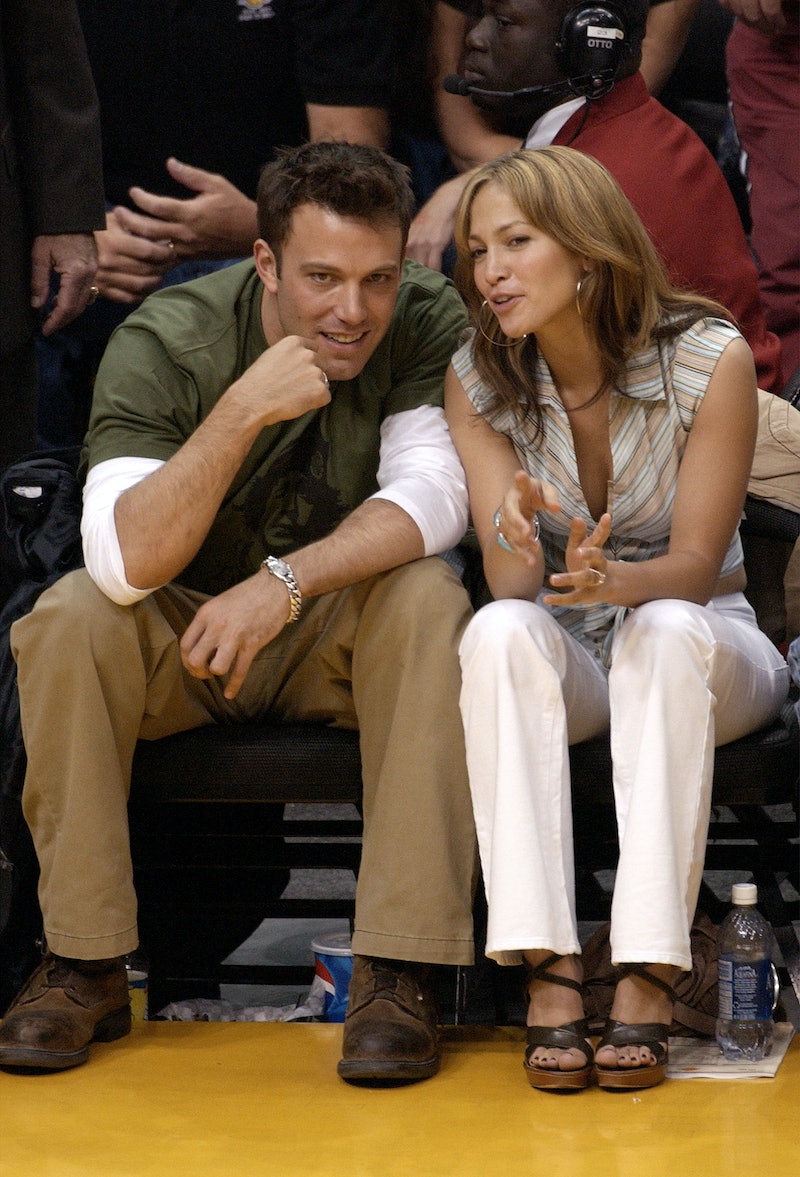 Moms and non-moms alike, Jennifer Lopez has a Mother’s Day gift for you: an iconic early-’00s throwback video of her and Ben Affleck. The Marry Me star marked the holiday on May 8 by digging an old clip out of the archives that shows the couple in their first iteration, caught on camera sitting courtside at a professional basketball game, and wishing everyone a happy Mother’s Day. The cherry on top is a commentator referring to the two as “Hollywood’s hottest couple,” underlining how the more things change, the more they stay the same.

As the mom of 14-year-old twins Max and Emme, who she shares with ex-husband Marc Anthony, Lopez is celebrating Mother’s Day herself. Many of her followers made sure she got a holiday greeting of her own in the comments, including telling her she’s “one of the Best Mommies out there!!” Others, of course, were more focused on the OG Bennifer aspect. “This is EVERYTHING,” one person commented. The “Hollywood’s hottest couple” line proved popular, and many fans echoed it in their responses.

The footage comes from May 11, 2003, when the couple attended a matchup between the Los Angeles Lakers and the San Antonio Spurs at LA’s Staples Center. At the time, they were in the midst of their first engagement, and Lopez was still rocking her famous pink diamond ring. They went on to call off their relationship in January 2004, only to make headlines more than 17 years later with their rekindled romance.

Mother’s Day this year comes just a month after Lopez and Affleck got engaged for the second time. Their marriage will merge their families, as both had children in the years they were apart. Lopez will become stepmother to her fiancé’s three kids with ex-wife Jennifer Garner, Violet, 16, Seraphina, 13, and Sam, 10. The kids have reportedly already been spending time together and seemingly getting along. In fact, Affleck even spoke to his three children about his plans to propose “ahead of time,” a source told Us Weekly in mid-April.

The couple has been (relatively) quietly basking in their renewed romance since they got back together. In February, Affleck made Lopez a Valentine’s Day video using her song “Marry Me” and photos and footage of them from across the years. It “melted [Lopez’s] heart,” as she shared in her On The JLo newsletter. “Watching it made me think about the journey of true love, its unexpected twists and turns, and that when it’s real, it actually can last forever,” Lopez explained.

“Hollywood’s hottest couple” is probably going to keep the throwbacks coming — and fans are here for it.