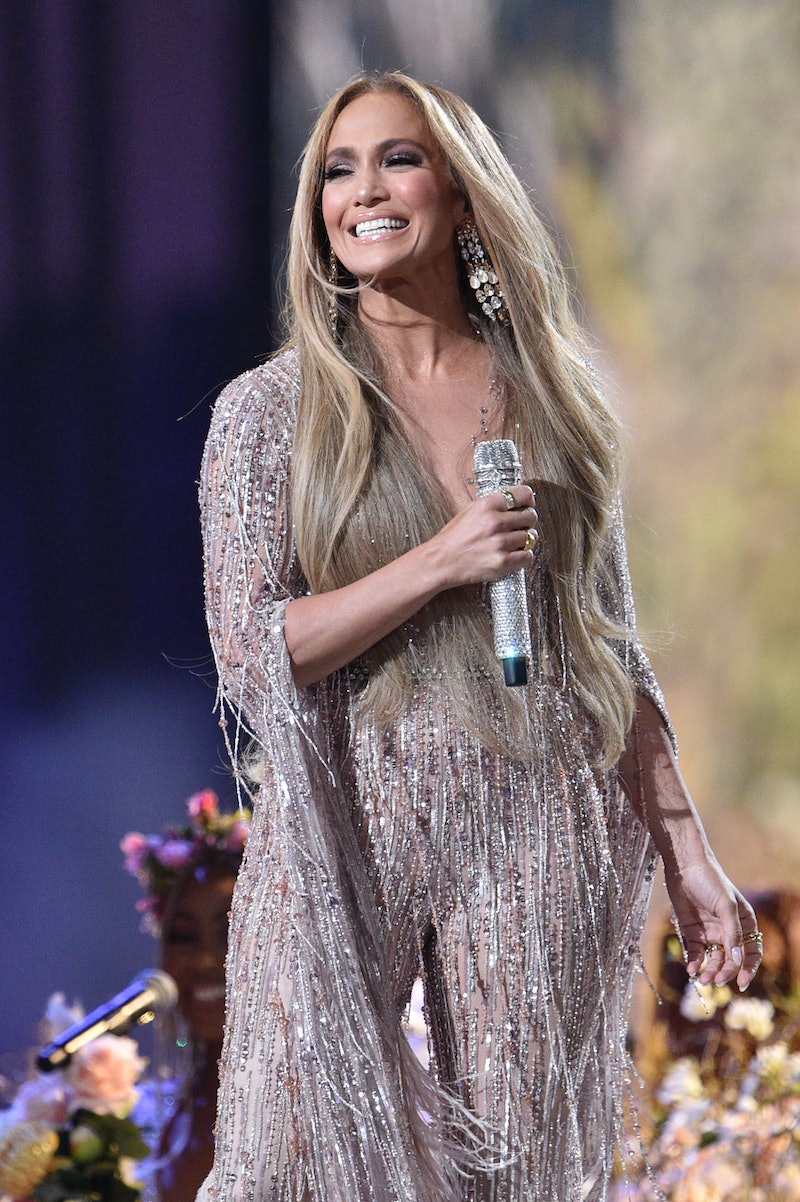 Jennifer Lopez has some major film and TV news, and despite her highly-discussed reunion with Ben Affleck, it’s not a sequel to iconic flop Gigli — sorry, Bennifer stans. The multihyphenate's Nuyorican Productions, which had a hand in her recent hit films Second Act and Hustlers, signed a multi-year deal with Netflix to produce several films, TV shows, and even unscripted series for the streaming service. Per Deadline, Lopez’s deal will place an emphasis on working with diverse female actors, writers, and filmmakers. It’s a first-look deal, meaning Netflix can choose to finance and distribute the company’s productions, though Lopez already has two films officially in the works with the streaming service: thrillers The Mother and The Cipher.

Nuyorican Productions was founded by Benny Medina and Lopez, who co-runs the company alongside Elaine Goldsmith-Thomas. Lopez gave a statement to Netflix alongside the deal announcement, as reported by Deadline. “I am excited to announce my new partnership with Netflix. Elaine, Benny, and I believe there is no better home for us than a forward-leaning content creation company that seeks to defy conventional wisdom and directly market to the millions across the globe who no longer view art and entertainment with the kind of boundaries and limitations of the past,” she said. “We at Nuyorican Productions are thrilled to find like-minded partners in Ted Sarandos, Scott Stuber, Bela Bajaria, and the whole team and look forward to getting to work right away.”

Announced in December 2020, The Mother is a thriller that centers on a deadly assassin (Lopez) who escapes from hiding to protect her daughter and teach her to survive. Per Deadline, Lopez is currently training for the film, which will shoot in the fall and is set for release on Netflix in late 2022. Her other project currently in the works for the streaming service is another thriller titled The Cipher, based on a book by crime fiction writer Isabella Maldonado. Per The Hollywood Reporter, Lopez will star in the film as FBI agent Nina Guerrero, who follows a serial killer’s complex codes and riddles corresponding to various murders — and eventually gets caught up in his dangerous web of crime. Other films Lopez is currently attached to include romantic comedies Marry Me and Shotgun Wedding, though they’re both currently set for theatrical releases rather than through Netflix.

Scott Stuber, Netflix’s Head of Global Films, also gave a statement with the news of Nuyorican Productions’ deal with the streaming service. “Throughout every aspect of her career, Jennifer Lopez has been a force in entertainment,” he said. “In partnering with her and Nuyorican, we know she will continue to bring impactful stories, joy, and inspiration to audiences around the world.”

Also speaking to the streaming service about the deal is Bela Bajaria, Netflix’s Head of Global TV. “Jennifer is a singular talent whose creativity and vision have captivated audiences and inspired the next generation around the world,” she said. “For years, she and the team at Nuyorican have brought a distinctive voice to entertainment, and I’m looking forward to working with her and the team to create new series for our members to love.”

More like this
Here’s Everything Coming To & Leaving Netflix In October
By Jake Viswanath
What’s New On Netflix: Meet 'The Real Bling Ring'
By Arya Roshanian
What’s New On Netflix: Camila Mendes & Maya Hawke 'Do Revenge'
By Arya Roshanian
Shaina Explains Why Natalie’s 'Love Is Blind' Text Claims About Shayne Have “No Validity”
By Grace Wehniainen
Get Even More From Bustle — Sign Up For The Newsletter