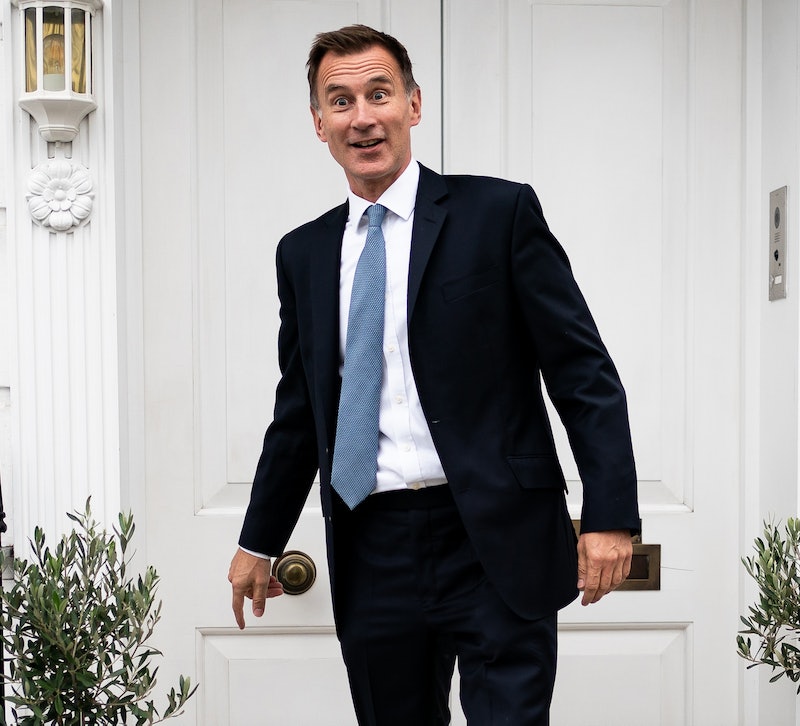 To quote King Charles III as he greeted Liz Truss for their first weekly audience, “Dear, oh dear.” On Oct. 17 Jeremy Hunt, the new Chancellor of the Exchequer, brought forward a planned update around the government’s mini-budget. Following the televised address, many people have been left wondering if there are any aspects of Liz Truss’ ill-fated Growth Plan left that Hunt hasn’t scrapped?

If you’re feeling slightly lost, and who can blame you, a brief recap of recent political events so far: Liz Truss became Prime Minister on Sept. 6 after a Conservative leadership contest was triggered by the resignation of Boris Johnson. Following The Queen’s sad passing, and a period of national mourning, Truss presented a controversial “mini-budget” alongside her then-Chancellor of the Exchequer Kwasi Kwarteng, and the pair’s so-called Growth Plan sent the value of the pound spiralling to a record low. Truss and Kwarteng then announced a U-turn on that very plan. Amid ongoing backlash over the lack of stability, Truss fired Kwarteng, claiming that the budget “went further and faster than markets were expecting.”

Jeremy Hunt, the former Health Secretary, was later appointed as the new Chancellor, and swiftly announced plans to release his “medium-term fiscal plan” much earlier than originally expected. In a televised address on Oct. 17, Hunt confirmed that virtually all the key elements of Truss’ Growth Plan are being axed. As well as U-Turning on a planned income tax cut, and backtracking on Truss’ “guarantee” that there would be no public spending cuts, Hunt also announced that the government’s energy price guarantee, introduced to protect the public from rising energy prices, will only remain in place for six months before being reviewed.

Truss previously told the public they would be protected for the next two years. Under Hunt’s plans, our energy bills could now hike again next Spring. With that in mind, here’s how to access financial support as the UK cost of living rises.

Liz Truss originally won the Conservative leadership contest off the back of her growth-based vision for the UK — but now, the majority of her plans seem to have disappeared. Here are just some of the passionate online reactions to Hunt’s overhaul of the mini-budget.

More like this
Eurovision Has Been Given A Whole New Look Ahead Of Its Liverpool Debut
By Bustle UK
Twitter Has *A Lot* To Say About The "Single Penalty”
By Sam Ramsden
Twitter Simply Couldn’t Cope With The ‘Happy Valley’ Finale
By Sophie McEvoy
Twitter Is Saying The Same Thing About Beyoncé's Renaissance World Tour
By Shahed Ezaydi
Get The Very Best Of Bustle/UK
Sign up for Bustle UK's twice-weekly newsletter, featuring the latest must-watch TV, moving personal stories, and expert advice on the hottest viral buys.